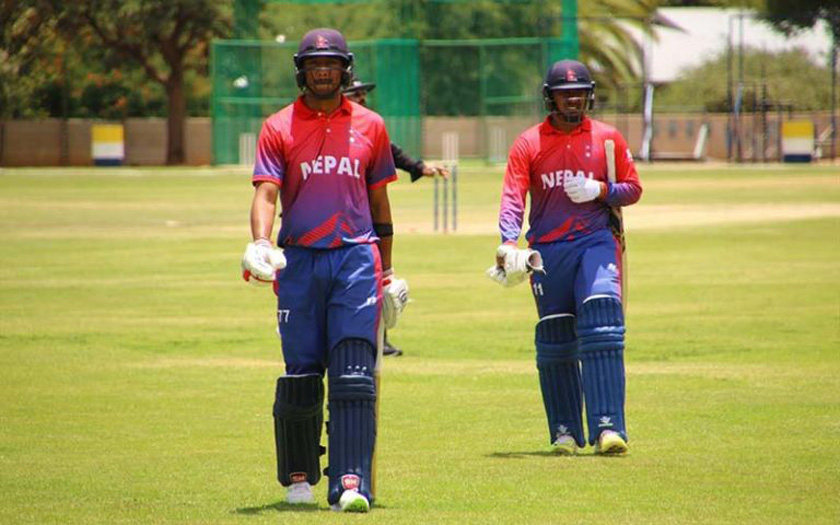 KATHMANDU, Feb 8: Nepal has lost to Oman by six wickets in their second match in the ICC World Cricket League 2 held at Windhoek in Namibia on Friday.

Oman’s player Aqib Ilyas made highest 46 runs studded with five runs in 53 balls, VS Wategaonkar took 37 runs including one six in 71 balls while Jatinder Singh contributed 24 runs including three fours in 40 balls.

In reply, Nepal's S Lamichhane took  two wickets of Oman giving away 29 runs in 10 overs, B Regmi and Sompal Kami claimed one wicket each.

Earlier,  sent in to bat first after losing the toss, Nepal had made 138 runs losing all wickets in 46/50 overs.