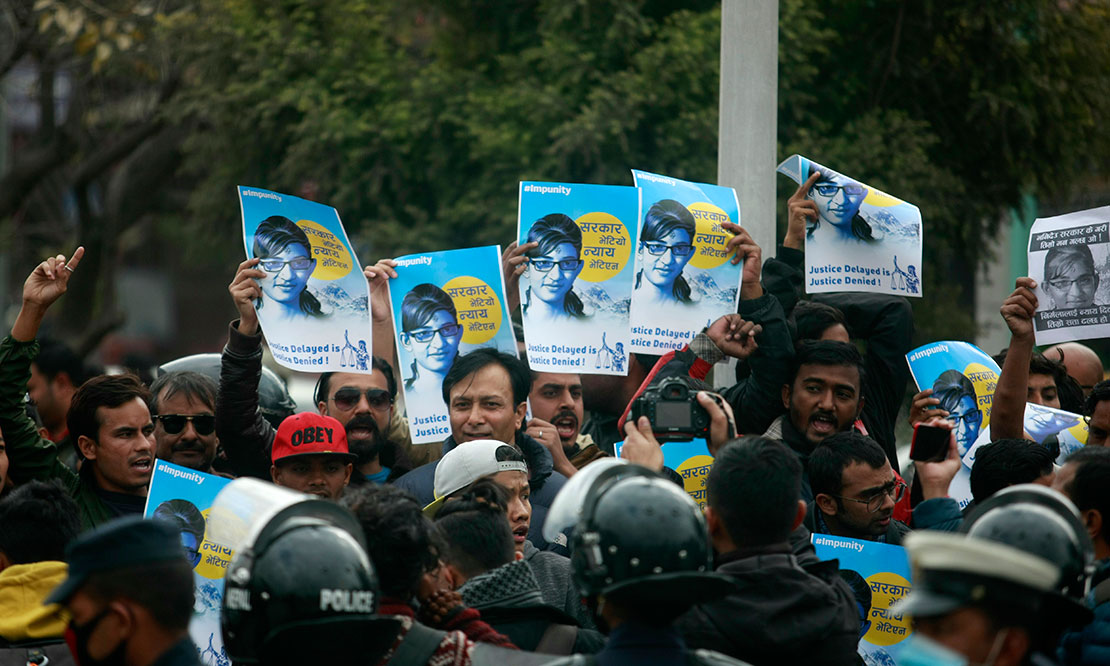 KATHMANDU, Dec 2: Hundreds of people staged a demonstration at Maitighar Mandala in Kathmandu on Saturday, demanding justice for Nirmala Panta, the schoolgirl who was raped and subsequently murdered four months ago in Kanchanpur.

A civic rally of mainly youths and representatives of various organized and informal groups staged a peaceful rally in front of Singha Durbar, demanding that the guilty in the rape and murder of the 13-year-old on July 27, be brought to book without further delay.

The protesters, who gathered spontaneously at Maitighar Mandala following a notice on social media and other channels, marched through Babar Mahal en route to New Baneshwar where they converged into a corner meeting.

At the rally, individuals from various walks of life carried placards reading 'Government is found, but justice not!” and accusing the government of becoming despotic and depriving the people of their inherent right to take part in a peaceful demonstration.

Earlier, posters with the same message ''Government is found, but justice not!” were found to have been pasted up at every nook and corner in the capital. Security personnel had torn down the posters, warning people that these were strictly forbidden in view of the Asia Pacific Summit 2018 which was just around the corner.

But protesters had pasted up the posters again on walls and electric poles. On Friday, police arrested 12 demonstrators in this connection. They were released later.

The kith and kin of Nirmala Panta and people calling for justice have been staging demonstrations over the last four months. But the government has shown no sign of tracking down the guilty.

Distraught at the hollow assurances of justice given to him by the authorities, Nirmala's father Yagya Raj Panta has lapsed into mental disorder. Yagya Raj fell ill while staging a sit-in in his home district Kanchanpur, and was brought to Kathmandu where he is currently undergoing treatment at TU Teaching Hospital, Maharajgunj.

Prez in a fix as parties rally behind ordinance

KATHMANDU, Dec 25: President Bidya Devi Bhandari has found herself between a rock and a hard place as the political standoff... Read More...

Cycle rally to support surgery of a child

China’s No. 1 passenger vehicle brand Changan Auto coming up with a state-of-the-art showroom in Kathmandu
20 hours ago

Balanced relations with both India and China: Foreign Minister Dr Khadka
18 hours ago

Developing nations' plea to world's wealthy at U.N.: stop vaccine hoarding
4 hours ago
Afghanistan and the United Nations
5 hours ago