How is farm-size linked with productivity? 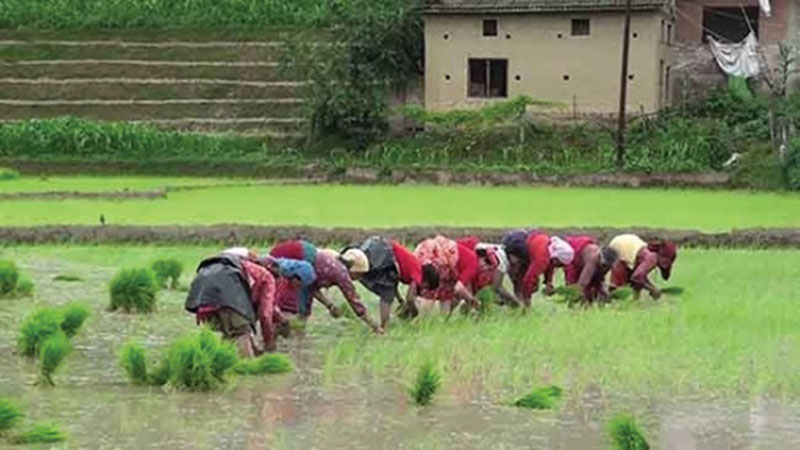 Nepal has no option other than to increase productivity of small farms. Land policies should also give a significant support to small family farms.

The relationship between farm size and productivity has been a topic of discussion among agriculturists over the last decades due to various reasons. One main reason is its relevance for the design and implementation of agricultural policies. Studies done in different countries on linkages between farm size and productivity as well as of the factors that affect these linkages indicate that the productivity level of farms of all sizes can be influenced by both endogenous and exogenous factors. The endogenous factors can be commodity specialization, labor quality, use of modern technology, level of mechanization, exogenous factors being public policies such as land tenure policy, subsidy policy, credit policy and market policy.

The land factor, a typically common feature of most developing countries, also affects TFP a lot. Land tenure policies, manifested in farm size restrictions, constrain the growth of successful farms, preventing the farmland from being consolidated by more productive market players. One example of ineffective land policy is a program implemented in India, Nepal and the Philippines, aiming to transfer farmland from large landowners to landless tenants. Instead of stimulating the development of small farms and increasing their efficiency, the reform prevented small landowners from the opportunity to rent out their farmland to larger farms.

Alongside technologies and labor costs, public policies are considered to be a TFP driver. Governments and private investors can support a certain size category of farms with loans, extension services, access to input markets, equipment and machinery, thus contributing to an increase of their efficiency. For instance, from mid-1990s to 2006, Brazil introduced a large number of support programs to small, labor-intensive farms of up to 100 hectares in size, providing them with credit and new technologies. As a result, Brazil has experienced a significant productivity increase particularly among small and large farms in recent years.

When we relate land reform to agricultural productivity, two aspects are very important—soil fertility and land use. Land reform in Nepal from the very beginning to this date has totally ignored soil fertility. But in the present context of increasing population, utilization and sustainable management of land is a crucial factor in increasing agricultural productivity. The problem of declining productivity and deterioration of soil fertility is particularly serious in rain fed areas where marginal farming and extended fallow period are widespread.

Implementation of land management related policy has always remained weak in Nepal. A National Action Plan (NAP) 2002 was prepared for a number of activities to be performed to combat land degradation through soil conservation and agro forestry. Despite the fact that the land degradation was prioritized as one of the most urgent issues needing immediate program implementation, this action plan could not be implemented effectively due to various reasons.

Generally, the farm size and productivity relation among agricultural enterprises evolves with the level of economic development of the country they operate in. In particular, the small farms operating up to five hectares in low-income or developing countries tend to get more output per hectare than larger ones (an inverse farm size-productivity relationship), while the large farms with thousands of hectares under operation in the developed countries tend to be more productive than the small farms. In developing countries with a prevailing labor-intensive farming system and low wage rate, small farms operated mostly by family members are more efficient than larger farms operated by hired workers.

In the developed countries, farm family labor is substituted by machinery, triggering further farm expansion. As mechanization is believed to foster increasing returns to scale, TFP of larger farms keeps increasing, as observed in fast developing Asian countries over the past decades. Under such circumstances, small family farms gradually lose their productivity advantages, not being able to compete with technologically equipped larger enterprises.

However, due to the development of modern technologies and wage growth, an attenuation of the inverse farm-size productivity relationship and a significant reduction of productivity gap between small and large farms has been observed in recent decades in countries like Bangladesh.

In high-income countries like the US and Australia, increasing returns to scale favoring large agricultural enterprises, particularly grain and livestock producers, are also associated with implementation of modern technologies and mechanization. The development of machinery outsourcing services in these countries could help smaller farms to increase efficiency and reduce the productivity gap with larger farms. High productivity levels of large livestock farms in the US can also be explained by their closer cooperation with vertically integrated agro-processors.

Nepal is a land scarce country in terms of availability of cultivable land where per household land availability is about 0.6 ha. This land holding of a household is also fragmented into 3.3 pieces.  A large area of land (86 percent of the land holding and 83 percent of land area) is owned by individuals and is owner-cultivated. According to FAO, population is doubling every 30 years and land availability per capita is also declining more or less at the same rate as there is less scope to move to non-farm sector. Under such conditions, Nepal has no option other than to increase productivity of small farms. At the same time, land policies should give a significant support to small family farms.

In Nepal, small farms are going to stay as a main feature of agriculture landscape. Hence, smallholder agriculture will necessarily remain at the center of development strategies and programs for many decades to come.  Production of high value niche commodities, use of modern technologies, mechanization and efficient use of production inputs can help small farms be more productive. In this context, the importance of smallholder activities for the sustainable management of natural resources and environment also need to be considered.

Overall, despite the variety of approaches toward analysis of the farm size-productivity relationship, the factors described above give important insights into the relationships between farm size and productivity in the countries with different levels of economic development worldwide. In addition, they facilitate further debate on the most optimal agricultural structures for the future.