How fuel may have played a role in Colombia air crash 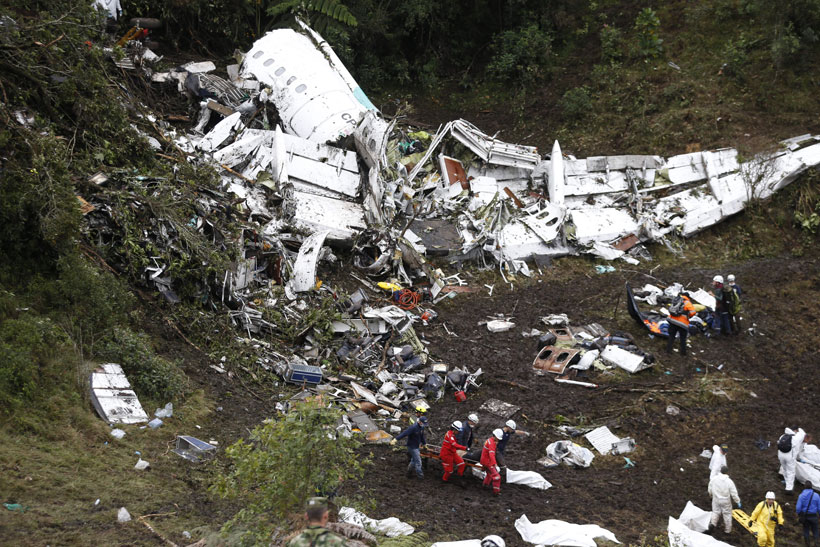 A look at how fuel may have played a role in the crash of a charter flight approaching Medellin, Colombia, that killed all but six of the 77 people on board:

PRE-FLIGHT: Authorities have not released the flight plan for the jet operated by LaMia, a Bolivia-based charter company, but aviation experts say international regulations require enough extra fuel to fly at least 30 to 45 minutes to divert to another airport in case of emergency. Pilots also calculate the actual consumption of fuel during the flight and rarely get into a position that requires them to use reserves. The BAE 146 Avro RJ85 jet's maximum range was 2,965 kilometers (1,600 nautical miles). That is just under the distance between Medellin and Santa Cruz, Bolivia, where the plane took off at almost full capacity.

FLIGHT AND APPROACH: A BAE 146 Avro RJ85 holds about 21,000 pounds of fuel. It burns fuel at a rate of 4,500-5,000 pounds an hour. The flight was in the air for about 4 hours and 20 minutes when air traffic controllers in Medellin put it into a holding pattern because another flight had reported a suspected fuel leak and was given priority.

CRASH: In the final minutes of the LaMia flight, the pilot of the jet can be heard repeatedly requesting permission to land due to a lack of fuel and a "total electric failure," according to a leaked recording. The recording, obtained by several Colombian media outlets, seem to confirm the accounts of a surviving flight attendant and a pilot flying nearby who overheard the frantic pleas from the doomed airliner. In addition, there was no explosion upon impact, pointing to a scarcity of fuel.

KATHMANDU, March 16: Victims of US-Bangla air crash are likely to receive less amount in compensation than they are supposed to... Read More...