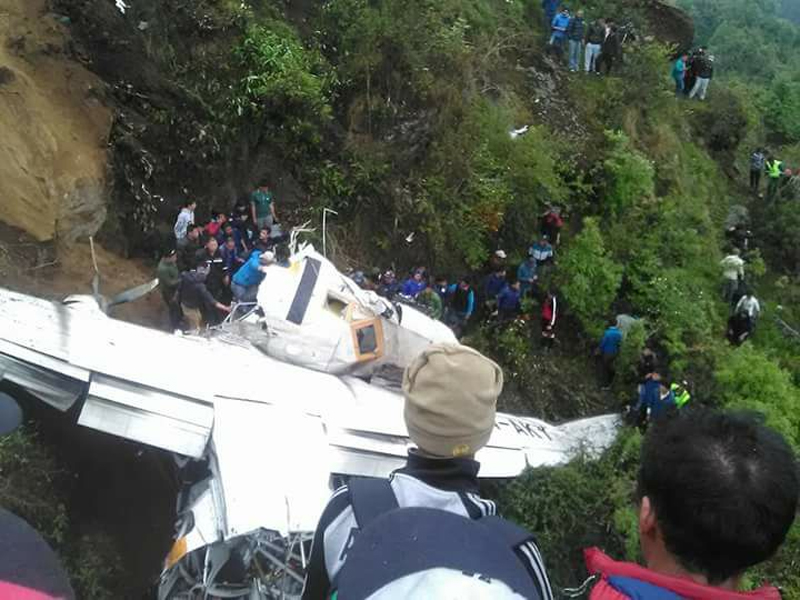 KATHMANDU, May 28: Government has formed a commission to investigate into the causes behind the Summit Air aircraft crash at Tenjing Hilary Airport in Lukla, Solukhumbu.

According to Ghanashyam Upadhyaya, the spokesperson at the Ministry, the commission includes Captain Aashish Nar Singh Rana, colonel of Nepal Army, Tara Air's Senior Captain Bodhraj Niraula, Manang Air's Senior Engineer Digambar Rajbhandari as the members of the commission while Joint Secretary at the ministry, Suresh Acharya is assigned as member secretary of the commission.

Captain Paras Kumar Rai and Co-pilot Srijan Manandhar of the ill-fated aircraft belonging to Summit Air (previously known as Goma Air) had died on Saturday as the plane crashed at Tenzing Hillary Airport.

KATHMANDU, Sept 8:The government on Thursday formed a Language Commission and appointed Lawadev Awasthi as its head,  in accordance with... Read More...

KATHMANDU, May 17: A Cessna 208B aircraft of Makalu Air flying to Simikot airport of Humla district from Surkhet airport  crashed... Read More...