KATHMANDU, Dec 15: A Legislature-Parliament meeting scheduled for Thursday 11 am has been postponed.

“The Legislature-Parliament meeting called for Thursday 11 am has been adjourned for Monday 1 pm over special reason,” the Parliament Secretariat said in a statement issued today.

The Parliament meeting was supposed to resume deliberation on the impeachment motion against now suspended Chief Commissioner of the Commission for the Investigation of Abuse of Authority (CIAA) Lokman Singh Karki.

However, the Parliament’s business has been facing disruption from the main opposition parties after the constitution amendment bill was registered in Parliament on November 29.

Earlier, the House sessions summoned on December 1, 2, 4, 7 and 9 were adjourned due to obstruction from the main opposition over the same matter.

It is noted that the main opposition has said that it would not allow the House resume its business until the bill withdrawn while Prime Minister Pushpa Kamal Dahal is maintaining that the bill will not be withdrawn. 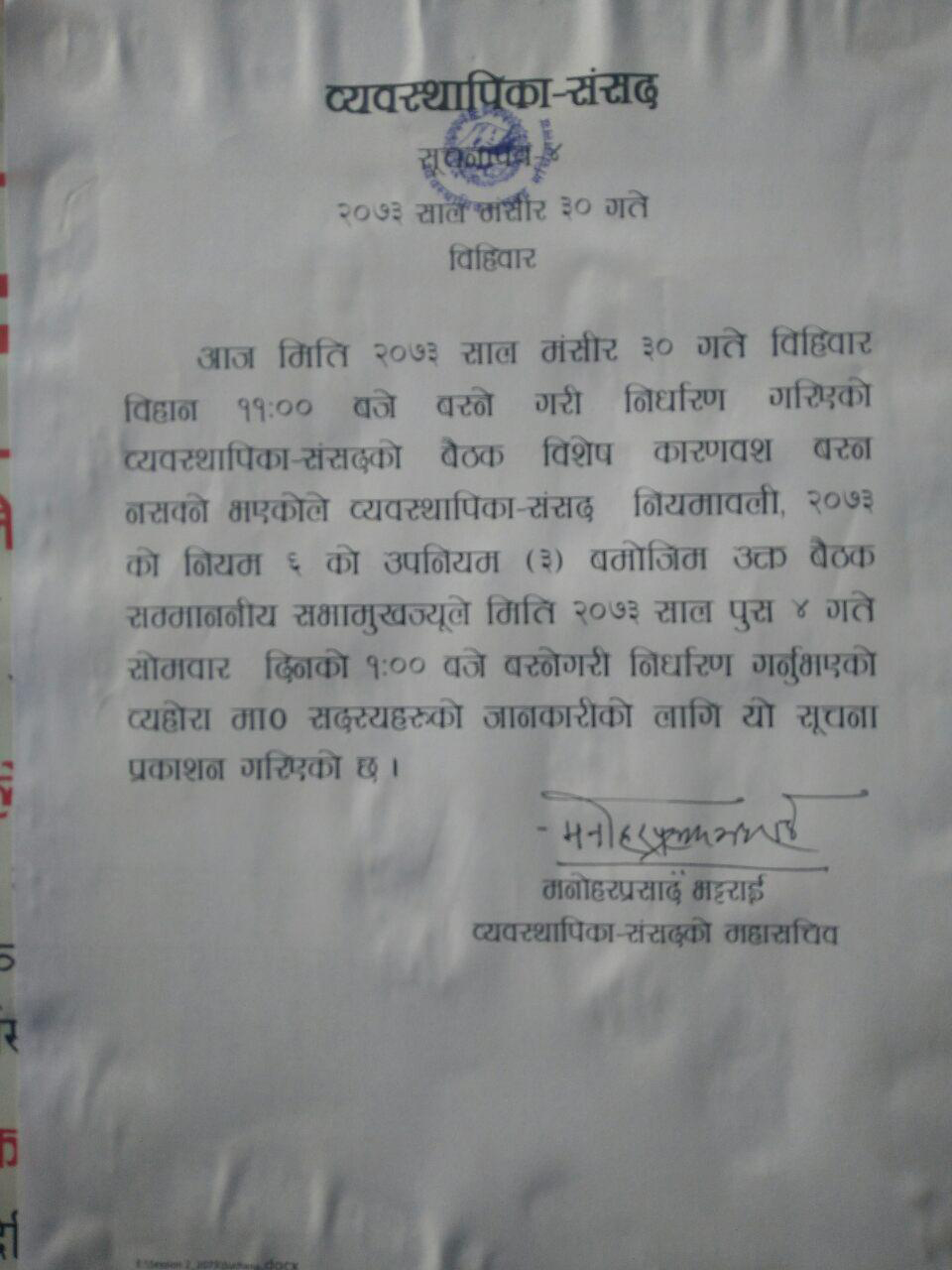 House meeting rescheduled for second time, next meeting at 5 pm

KATHAMANDU, May 23: Following the obstruction by the lawmakers of CPN-UML, the meeting of Legislative-Parliament has been postponed for the... Read More...

Govt forms panel to probe death of rhino
5 hours ago