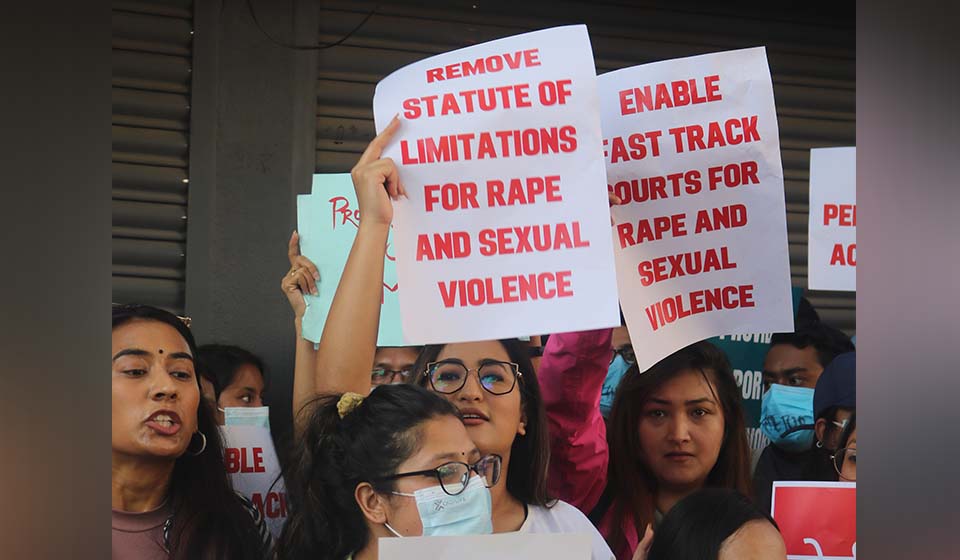 KATHMANDU, July 8: The Parliamentary Committee on Law, Justice and Human Rights has agreed to extend the statute of limitation for rape cases by one year for adults and two years for minors.

The committee has agreed to extend the statute of limitation in the discussion on the bill to amend some laws against sexual violence. Women's rights activists have been demanding the removal of the deadline to file complaints in rape cases.

According to the agreement reached by the committee, now any minor who has been raped can lodge a complaint after three years of age (having completed 18 years of age) i.e. till the age of 21 years. In the case of the adult, a complaint has to be lodged within two years of the incident.

Similarly, a provision has been made to file a complaint within two years and three months of being released from custody or abduction if raped while in custody or in abduction. The victims are also given three months to undergo medical treatment.

KATHMANDU, Aug 24: As protesters in Kanchanpur continue to demand the true culprit behind the rape and murder of Nirmala... Read More...

KATHMANDU, May 14: Pampha Bhusal, spokesperson of CPN (Maoist Center) was one of the many parliamentarians who questioned security arrangements... Read More...

Monsoon rain: How much rainfall Nepal received so far?
13 hours ago