MUGU, April 14: Hoteliers in Rara Lake has been fleecing tourists under the cover of power and in cahoots with the staffers of the Rara National Park.

Leaders of two political parties – CPN-UML and CPN (Maoist Center) have been running two hotels on the bank of Rara Lake for a nominal rent.

CPN-UML leader Gopal Bam, who supplies food stuffs to the Nepal Army, has been running ‘Danfe Hotel’ for the last two decades while CPN (Maoist Center) leader Raju Karki has being operating Village Heritage and Resort for the last three years.

There are only two hotels in operation on the bank of  Rara Lake. It seems that they have been running the hotels for a nominal rent under the cover of power. Bam is an incumbent member of the House of Representatives elected from Mugu district.

Chief Warden of the National Park Chandra Shekhar Chaudhary says, “The rent the hoteliers are paying is very nominal. The agreement had been signed with the former warden.”

Both the hotels are chock-a-block with tourists during the peak season. Hoteliers charge Rs 1,200 for a normal room while a special room with an attached bathroom costs Rs 15, 00.  Similarly, the price of food ranges from Rs 250 to Rs 300.

Started as a canteen under a shed, now Danfe Hotel has 14 rooms. The hotel including the tents put up on the premises can accommodate up to 200 guests per night, according to hotel staffer Baliram Shahi.

Likewise, Village Heritage and Resort has 13 rooms and can accommodate up to 150 guests including the tents, said hotel operator Karki.

According to Shahi, a staffer of Danfe Hotel, the hotelier has inked a deal with the National Park that allows it to run till 2078 BS.

Both the hotels are chock-a-block with tourists during the peak season. Hoteliers charge Rs 1,200 for a normal room while a special room with an attached bathroom costs Rs 15, 00.  Similarly, the price of food ranges from Rs 250 to Rs 300.

Similarly, the Heritage and Resort operator Kakri has said that he has signed the contract for 15 years.

“We cannot decide to hike the rent on our own at least up to the remaining contract period. We can do so only when we receive an order in writing from the Department of National Park and the Ministry of Forest,” Warden Chaudhary said.

The government has to create a conducive environment to promote tourism in Rara Lake.

The number of domestic tourists has gone up in Rara Lake of late after the government built road connecting Kalikot to Gamgadhi, Mugu district headquarters.

We can reach Milichaur, the bank of Rara Lake if we travel by jeep from Salleri.

No one has records on how many domestic tourists visit Rara Lake every year. National Park says it has no statistics on the number of Nepali tourists as they do not have to pay entry fee.

Currently, there are six hotels at Majhghatta, the entry point of the National Park, four at Salleri, three at Lamachaur and some hotels are at Talcha. A tourist has to trek for a half an hour to two hours to reach Rara Lake from these hotels. 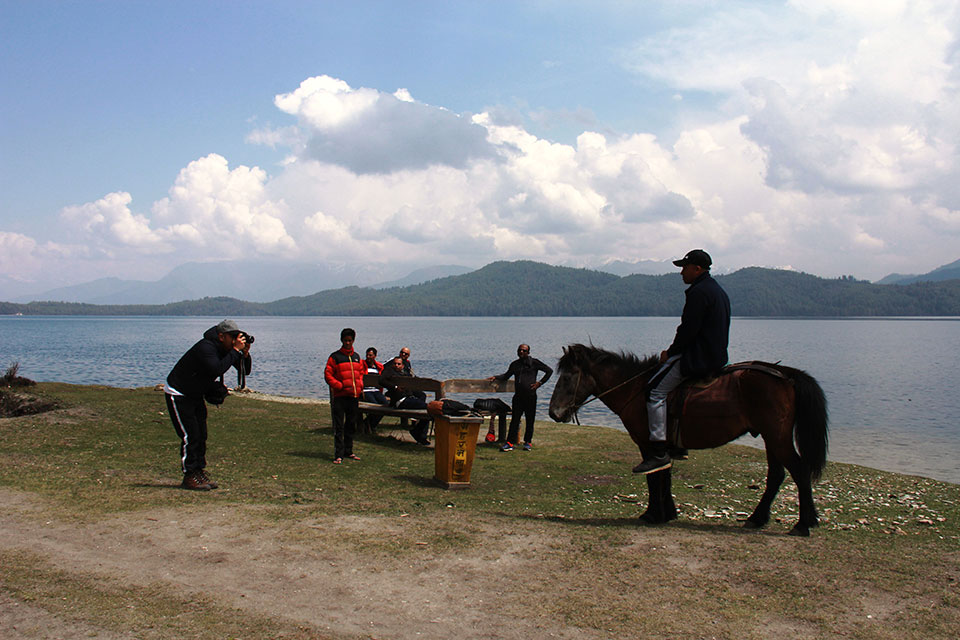 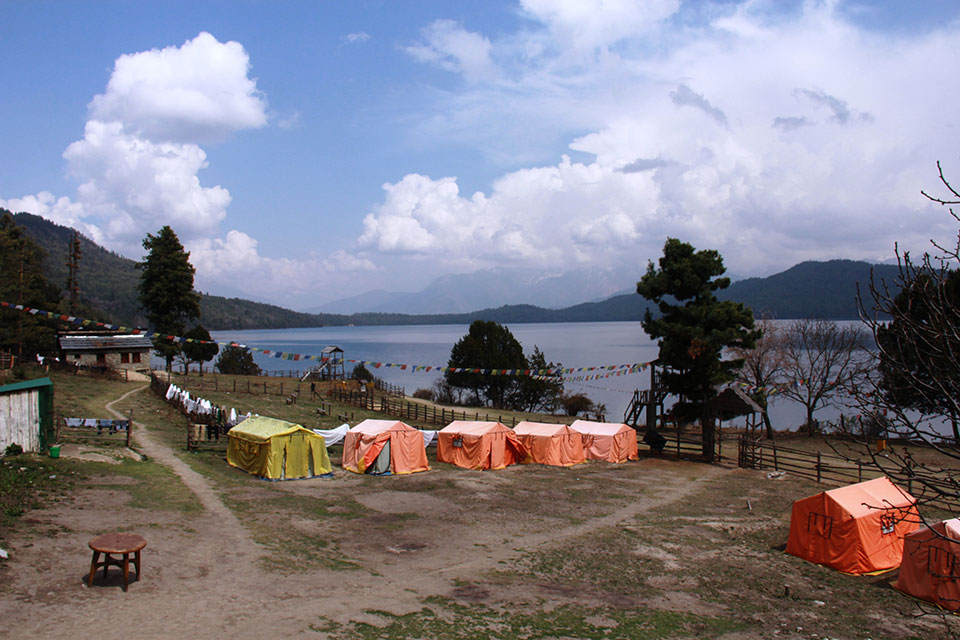 MUGU, Feb 15: As it has been snowing in Mugu for the past one week, the district's tourist attraction Rara Lake... Read More...

JUMLA, Oct 28: Nepal's biggest lake, Rara, has become a popular destination for both internal and external tourists with access to... Read More...