KATHMANDU, Dec 24: A Secretariat member of the ruling Nepal Communist Party (NCP), Ram Bahadur Thapa has said that the dissolution of the House of Representatives (HoR) will steer the country toward stability and revolutionary transformation.

Thapa, who is also the Minister for Home Affairs (MoHA), defended the move by the ‘nationalist’  leadership of the party and reiterated that the party would further embolden the move in the days to follow.

After remaining silent for five days following the dissolution of the lower house by Prime Minister KP Sharma Oli on Sunday, Thapa ultimately joined the Oli camp during a Central Working Committee meeting organized by the faction in Baluwatar on Thursday.

“We have to defeat factionalist, opportunist and regressive forces through the election,” said he while addressing the meeting, adding that they would get a landslide victory during the election announced for April and May next year. 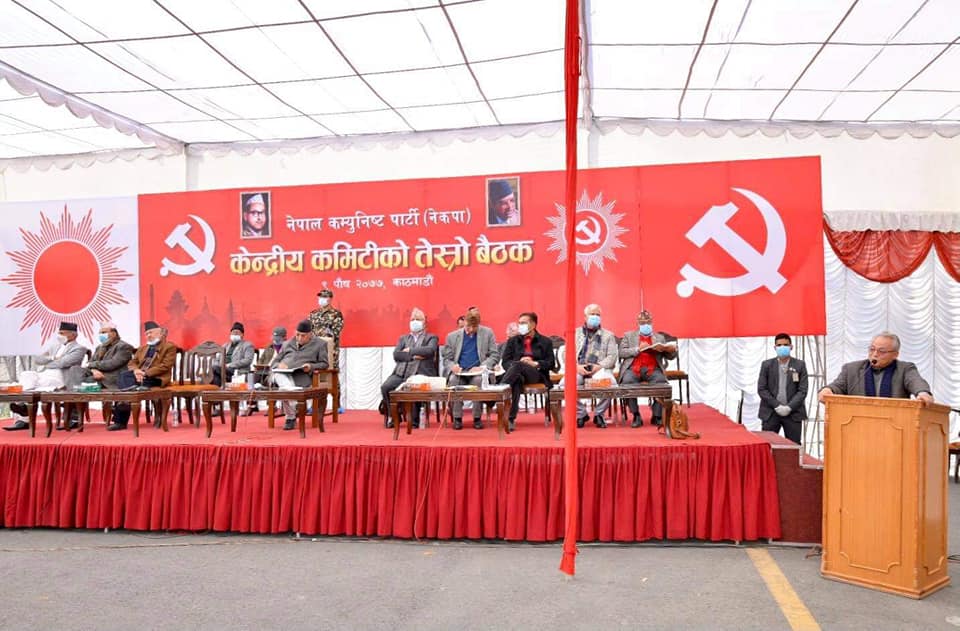 Two arrested on charge of rape
11 minutes ago