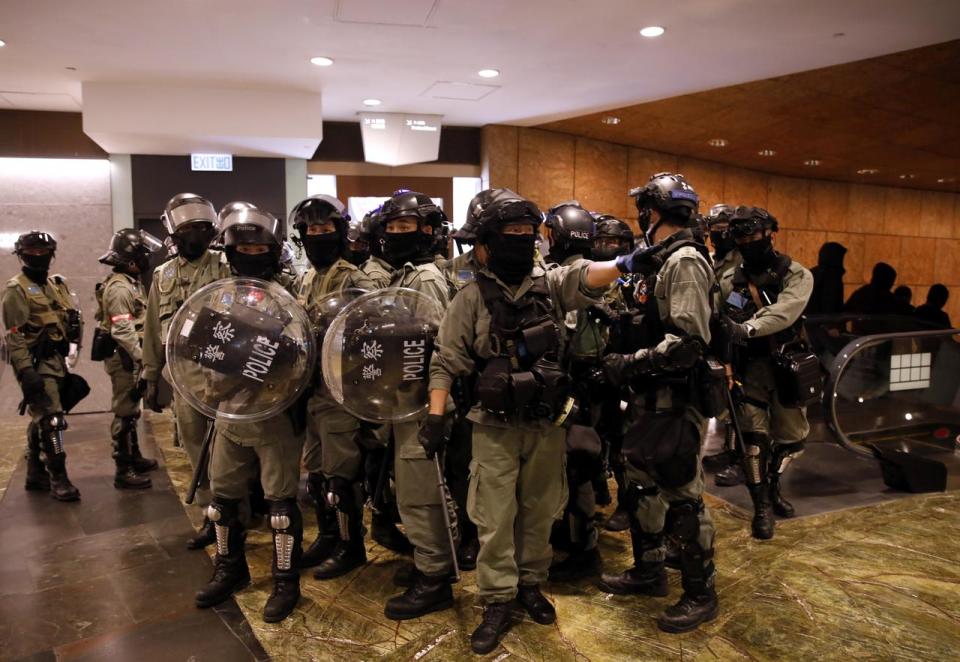 The meal and work-related allowances were on top of HK$950 million overtime pay that police have earned since the protests intensified in June, according to the figures released to city legislators on Friday.

The Chinese-ruled city has been convulsed by more than 900 often violent protests since June, the security bureau said earlier, as public opposition to a now-withdrawn extradition bill developed into demands for greater freedoms.

The protests have regularly featured ranks of riot police firing volleys of tear gas or baton-charging protesters, often in central business or tourist areas. Police in turn have been attacked with petrol bombs and other projectiles hurled by protesters, many of them masked.

In a written response to questions from pro-democracy lawmakers, the Civil Service Bureau said HK$50 million in meal allowances had been paid to front-line officers and back-end clerical staff who worked 12 hours or more within a day since the turmoil began.

Another HK$85 million was paid out for work-related allowances, it said. The bureau did not give a breakdown but the allowances could include those paid to police who worked undercover or in plainclothes for 30 days.

Hong Kong police were not immediately available for comment when contacted by Reuters.

There have been widespread complaints from protesters of police misconduct and public satisfaction with a force once held in great respect by the public has fallen to the lowest on record, according to a poll by the Hong Kong Public Opinion Research Institute.

Police loosened guidelines on the use of force in September, giving officers greater power to deal with protesters in difficult situations.

Many protesters are now demanding an independent inquiry into their complaints of police brutality. But police have described their action as restrained with an appropriate use of force to combat illegal acts.