Hindus continue pilgrimage in Kashmir after 7 die in attack 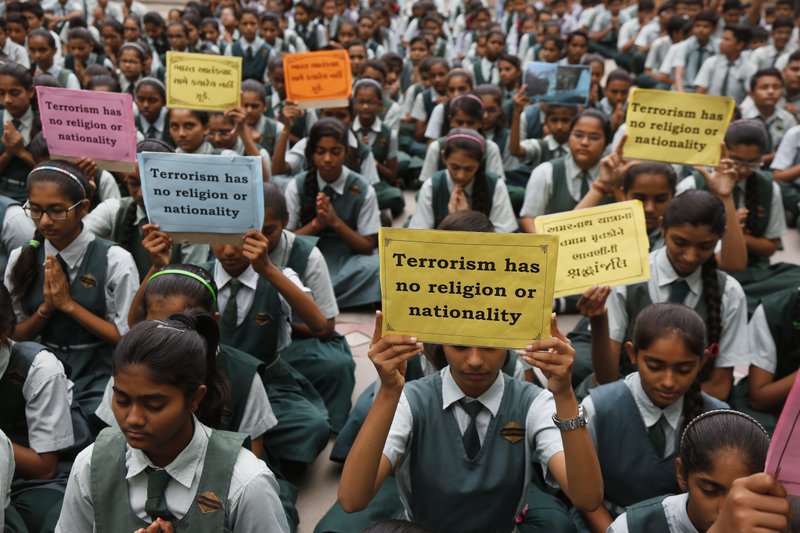 SRINAGAR, July 11: As the Indian government blamed separatist rebels Tuesday for gunning down seven Hindu pilgrims and wounding 19 more before fleeing into the night, Kashmiri rebel groups condemned the rare, deadly attack on civilians and insisted they had no part in it.

Meanwhile, thousands of Hindus continued a religious pilgrimage undeterred, as Indian soldiers and police increased security along the mountain route to the Amarnath cave shrine in the mostly Muslim region.

Police said the attack Monday night began with gunmen unleashing a hail of bullets on an armored police vehicle and a police patrol. Police returned fire in both incidents and the gunmen responded, with bullets striking a bus carrying 60 Hindus returning from paying obeisance at the shrine.

Several people who were wounded said the attackers fired at the bus from three directions for nearly five minutes. They said the driver kept driving the bus as it was being struck with bullets near the southern town of Anantnag on the main highway linking Kashmir with the rest of India.

The annual summer pilgrimage to the Amarnath cave shrine has been targeted in the past and takes place under heavy security. Opponents of Indian rule in Kashmir accuse Hindu-majority India of using the pilgrimage as a political statement to bolster its claim to the disputed region.

Thousands of Indian army and paramilitary soldiers are deployed on the route to the cave shrine high in the Himalayas each summer. Officials said the bus was violating nighttime travel restrictions, which are imposed because security patrols are withdrawn after sunset.

More security was provided Tuesday for the buses that carry pilgrims to base camps where they start walking up a mountain path to the Amarnath cave.

Police were still searching for the assailants Tuesday. They have blamed Muslim militants, but no group has claimed responsibility. Three top separatist leaders in Kashmir have condemned the attack.

Officials say most of the wounded pilgrims were released from hospitals after overnight treatment. The seven bodies were airlifted to New Delhi for the journey to the pilgrims’ home states of Gujarat and Maharashtra in western India.

Prime Minister Narendra Modi tweeted that “India will never get bogged down by such cowardly attacks and the evil designs of hate.”

Separatist leaders demanded an independent investigation into the attack on pilgrims, which is rare in the insurgency-wracked region.

The attack sparked outrage across much of India. In the Jammu region of Kashmir, which is dominated by Hindus, hundreds of protesters shouted angry slogans against the militants and burned a faceless effigy meant to represent both terrorism and Pakistan, which India blames for supporting the rebels.

Many shops and businesses were also shuttered in Jammu, after trade unions and political parties called for a protest strike.

Meanwhile, students in the Gujarati city of Ahmadabad gathered for a sit-in to protest all religious violence, while peace activists planned a candlelight vigil in New Delhi on Tuesday night.

The Press Trust of India news agency said the last major attack on Amarnath pilgrims occurred in 2000 when gunmen struck in the Pahalgam area and killed 30 people, including some local porters who carry the baggage of pilgrims on the mountain path.

SRINAGAR, India, Sept 13: Two anti-India protesters were killed and scores were injured in clashes with security forces in the... Read More...

Leadership Development: The Peril of Ignoring the Emotional Domain
5 minutes ago