Half of migrant workers going through individual labor approval 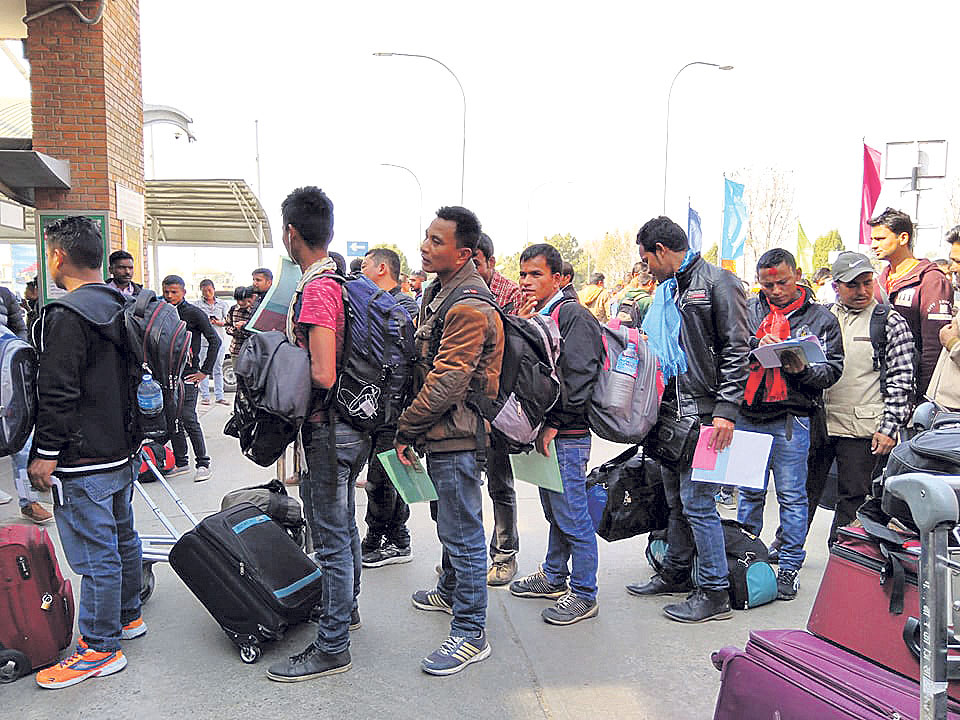 KATHMANDU, April 22: Half of the migrant workers have been found to be going abroad for foreign employment under individual labor approval, through middlemen, putting their safety and compensation at risk.

As per the Foreign Employment Act of Nepal, the country cannot take responsibility of workers going abroad on individual labor approval.

According to a data recently published by the Department of Foreign Employment (DoFE), the number of workers going through such illegal labor approval is almost equal to those going through the legal channel of manpower agencies.

Middlemen find the institutional process of sending workers abroad through the agencies ‘complicated’. The government has made a regulation for the agencies that they cannot charge the workers any money for visa and air ticket, and can charge a service fee of a maximum Rs 10,000 per worker.

To avoid the regulation, the middlemen have started to send workers under individual labor approval.
If the manpower agencies are found to collect money in addition to the government ceiling, they are subject to punishment.

While sending through the illegal process, the middlemen can charge the workers as much as they like. The worst situation arises when there is any problem when the workers reach foreign countries.

Under the individual labor approval, the workers will be responsible themselves for everything, according to DoFE officials. The government can take initiation to rescue and help the workers in case of any trouble abroad only if they go through the agency.

Although the government is yet to recognize those involved in sending workers under individual labor approval, sources said that middlemen from both inside and outside of the country are involved. Government officials even claim that both manpower operators and Non-Resident Nepalis are involved.

Migrant workers will now pay up to Rs 2,500 into welfare fund

KATHMANDU, July 31: Nepalis going abroad for employment will now have to deposit up to Rs 2,500 in the Migrant... Read More...

Kin of dead migrant workers return with assurance of compensation

BHIMDATTANAGAR, Jan 10: The families of the four Nepali migrant workers who were buried alive under a mound at Himachal... Read More...