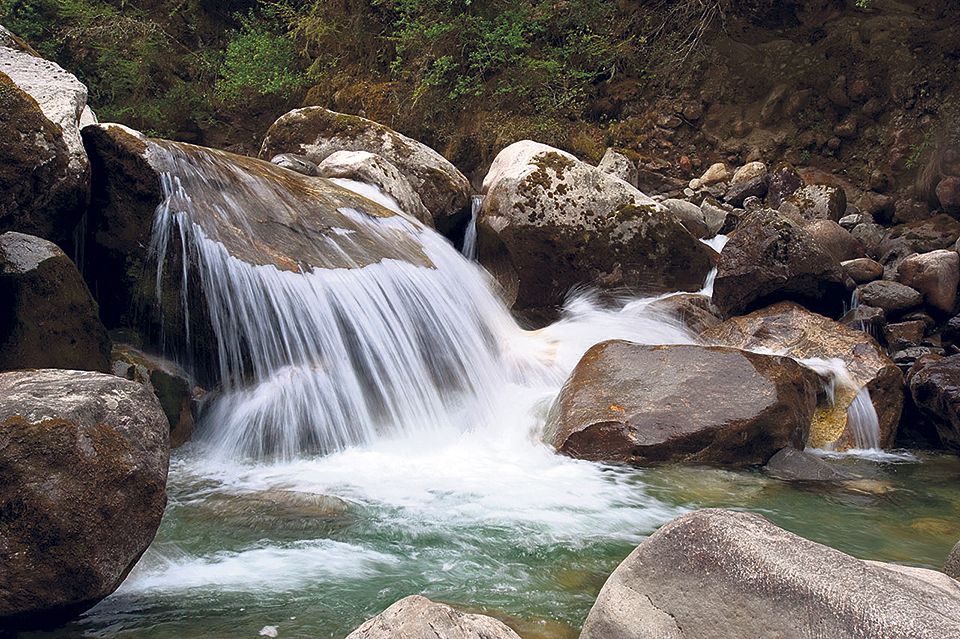 Nepal is likely to generate surplus energy within the next 2–5 years. This surplus can be used to pump ground water to irrigate land where diesel pumps or a mix of solar and grid energy options are currently used

Nepal exports agricultural commodities worth USD 200 million each year, and imports produce worth about five times as much. While nearly 70 percent of Nepal’s total imports of agricultural commodities—cereals, vegetables, and fruits—come from India, this has not always been the case. Until the 1980s, Nepal was a net exporter of agricultural commodities. Even today, if agricultural land in the Tarai plains—known popularly as the granary of Nepal—is optimally utilized, the country’s agricultural production can increase manifold to offset the current trade deficit. About 600,000 hectares (ha) of irrigable land in the Tarai are unirrigated and completely dependent on rainfall. If Nepal uses its groundwater resources to irrigate these lands, it will help bolster food security and lead to socio-economic benefits for the country.

A recent study published in the International Journal of Water Resources Development reveals that there is huge potential for using groundwater to irrigate the 600,000 ha of presently rainfed land in Nepal’s Tarai. It suggests that the conversion of rainfed area to irrigated land can potentially lead to the production of an additional 2.4 million metric tons of summer rice and 1.8 million metric tons of wheat. In economic terms, this could generate a gross revenue of USD 2.2 billion and a net benefit of about USD 1.1 billion (after deducting production costs).

This will be made possible by an increase in cropping intensity and productivity. With the availability of year-round irrigation, farmers can grow summer and winter crops on the same plot of land in addition to their usual monsoon crops. Additionally, the productivity of irrigated land is 2–3 times higher than that of rainfed land. This is because access to irrigation increases the feasibility of using agricultural inputs such as improved seeds, fertilizers, and other agro-chemicals. Besides, the availability of year-round water supply can help farmers move from traditional to commercial agriculture. If farmers start cultivating commercial crops such as hybrid maize (which has higher demand as livestock feed), banana, sugarcane, cauliflower, potato, tomato, and onion, the projected revenue figures presented here may increase further.

Sustainability
Nepal has about 8.8 billion cubic metres (BCM) of annual groundwater reserves, which is almost equal to the quantity of water that flows in the Koshi River in a year. Of this, about 22 percent (1.9 BCM) is presently used—mainly for irrigation as well as for domestic and industrial purposes. Each year, the monsoon rains replenish groundwater storage spaces made vacant by earlier use. There is a possibility that the extraction of groundwater before the monsoon season can create spaces in an aquifer, which would be recharged to a greater degree during the monsoon. This may reduce the intensity of floods, especially those that happen at the beginning of the monsoon.

Converting 600,000 ha of rainfed agricultural land in the Tarai into irrigated land to enable cultivation of two major crops—winter wheat and summer rice—will require about 1.4 BCM of water. Even after accounting for current groundwater use and this additional groundwater requirement, Nepal will have more than five BCM of surplus groundwater reserves (about 60 percent).This amount of groundwater extraction does not undermine the sustainability of Nepal’s groundwater system, unlike in the case of northern India and many African countries.

With the availability of year-round irrigation, a rational farmer will tend to switch from traditional crops to commercial ones. Solar-powered groundwater-based irrigation in Saptari—initiated by the International Centre for Integrated Mountain Development (ICIMOD)—has already shown that farmers start growing commercial vegetables, moving away from traditional cereal crop cultivation when fully-controlled year-round irrigation is available. This generates significantly higher economic returns than traditional farming.

Water-energy-food nexus
In spite of abundant water resources (225 BCM), we are far from utilizing them for water-dependent sectoral uses. Of Nepal’s 43,000 megawatt (MW) hydropower potential, slightly more than two percent is presently used. We currently import nearly 500 MW from India. However, with the completion of about 210 hydropower projects—currently under different stages of construction—Nepal will produce nearly 8000 MW of electricity in the coming years.

It is most likely that Nepal will be generating surplus energy within the next 2–5 years. This surplus can be used to pump ground water to irrigate land where diesel pumps or a mix of solar and grid energy options are currently used. In Nepal, food security is linked to water and energy security, and there is therefore a strong water–energy–food nexus.

Supply management
Groundwater demand can be managed in different ways. First, smallholder farmers with a few hectares of land can directly pump groundwater using either electricity or solar power or a combination of both. The other option could be community-based groundwater pumping (a good example of this can be seen in Andhra Pradesh, India) to irrigate fields collectively. Regardless, in both cases, agencies must closely monitor groundwater levels to avoid unsustainable extraction.

Pocket areas where groundwater reserve conditions may be different than those discussed here may need constant monitoring to identify and recommend sustainable withdrawal limits. Similarly, in urban areas, there may already be immense pressure on groundwater reserves due to high demand. These sources need to be monitored carefully to ensure that the extraction remains sustainable.

To sum up, Nepal should pay close attention to the linkages between the water-energy-food nexus to achieve water security. Our argument here is not limited to agricultural production and net benefits. The benefits extend to local job opportunities, entrepreneurship, reduction of trade deficit, self-sufficient food production, and overall food security.

Other than traditional cereal-based farming, groundwater can and in some cases is already being used for vegetable farming and the economic benefits are greater than in traditional farming. Instead of using large surface-based irrigation—mechanisms to facilitate which are yet to be developed and will certainly require a long development period with associated logistical challenges—distributed irrigation development based on groundwater and mixed energy systems (hydro and solar) will help Nepal achieve food security.

This will go a long way toward fulfilling Sustainable Development Goals1 (ending poverty), 2 (zero hunger), and 7 (affordable and clean energy).

The authors are affiliated with ICIMOD

KATHMANDU, May 27: Price of limes has gone up significantly in the market over the last two months, and continues to... Read More...