While receiving a memorandum from the All Nepal National Free Students Union, a student wing of the ruling Nepal Communist Party, at his ministry, the minister condemned the Indian coercion in Kalapani. 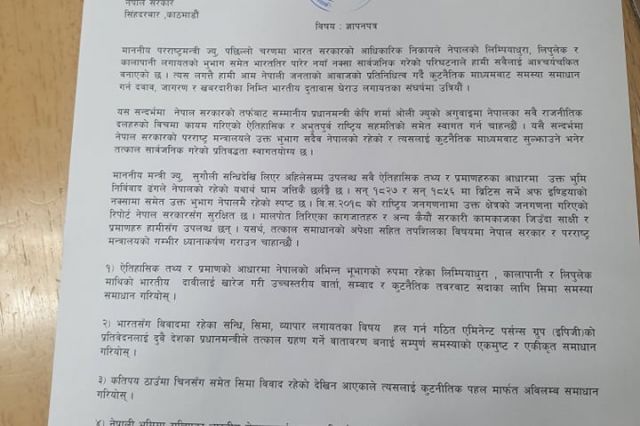 He said that the government will take diplomatic measures to correct the Indian political map that placed Nepali territory Kalapani inside Indian borders.

"India has coercively and unilaterally incorporated Nepali territory in its new political map. It will not be acceptable to Nepal at all," the foreign minister said. 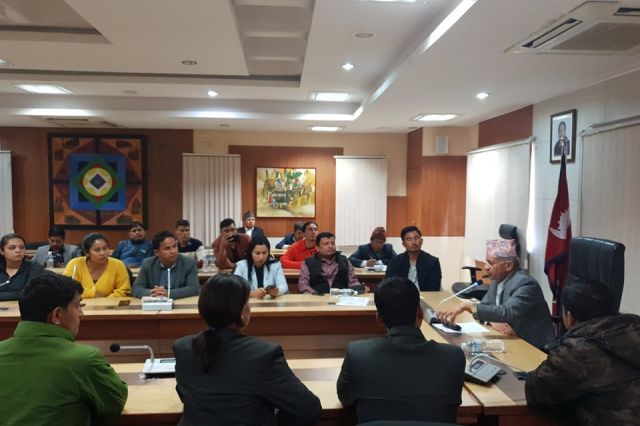 On the occasion, the student leaders urged the government to dispatch a government team to carry a field study on the Nepali territory Kalapani which has been illegally occupied by the Indian paramilitary force for a long time.

They said that the sovereign Nepali territory should immediately be brought back.