So far, three percent of total population have received both doses of COVID-19 vaccine

KATHMANDU, July 3: Nepal is to inoculate the second dose of Vero Cell vaccine against the novel coronavirus disease (COVID-19) from Tuesday, according to the Ministry of Health and Population (MoHP).

According to the Health Ministry, Nepal has received 4,245,000 doses of COVID-19 vaccines so far including vaccines bought from India, received in grants from neighboring countries and COVAX facility.

Meanwhile, Nepal is expecting shipment of Vero Cell Vaccines from Sinopharm in Beijing from Thursday as per agreement reached for procurement of the vaccine between the company and the government of Nepal earlier.

Those elderly people, who had received a shot of Vero cell vaccine earlier, will be given their second dose from July 6, according to the Ministry of Health and Population ( MoHP).

According to a notice issued by the Department of Health Services, as many as 170,000 elderly people will be inoculated with the second dose of Vero cell vaccines.

Earlier, people between the ages of 60 to 64 years were inoculated with the first dose of Vero cell vaccine from June 8 to June 12. Similarly, the elderly persons, who received their first shot of Vero cell before June 8, can also receive their second dose.

However, a vaccination card is mandatory to receive the second dose of the vaccine. 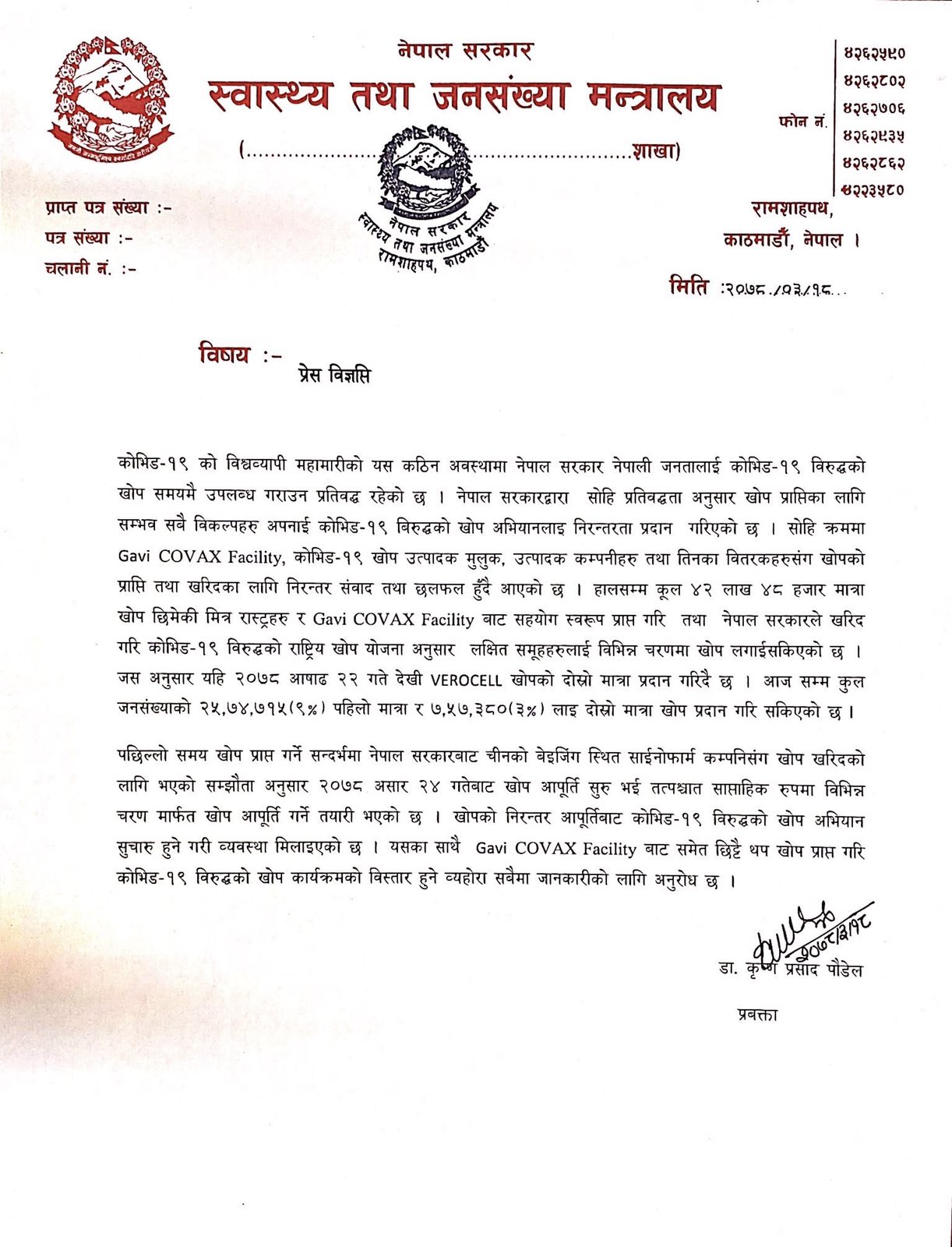 KATHMANDU, Nov 8: The People's Liberation Army (PLA) of China has provided the Nepal Army with 10 units of ventilators,... Read More...