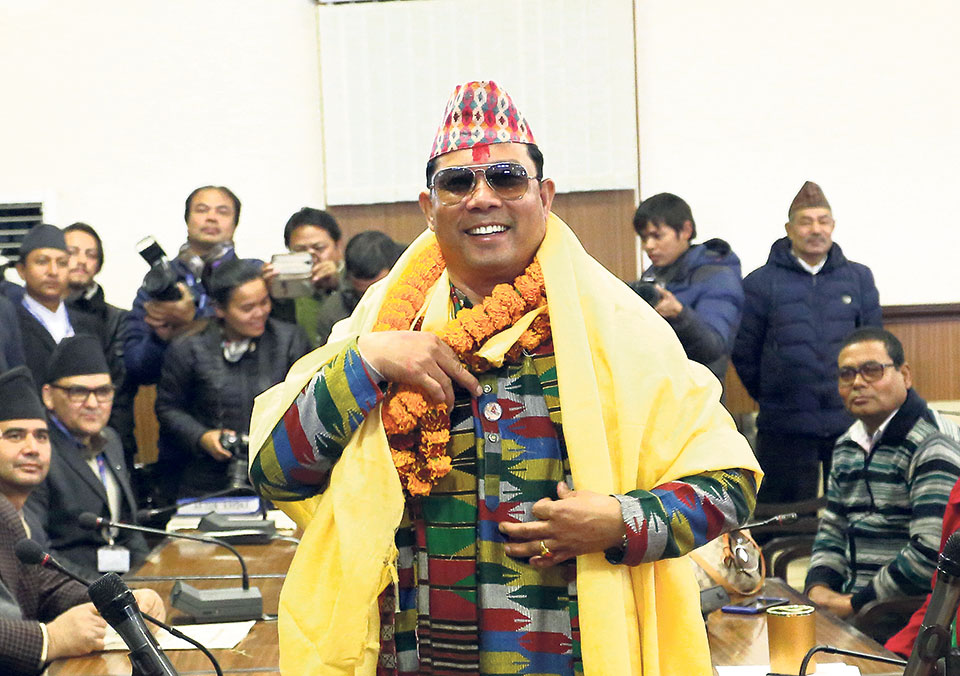 KATHMANDU, June 1: The government and Tharuhat/ Tharuwan Struggle Committee have reached an agreement.

A six-point deal was inked by the government’s dialogue team led by Lilanath Shrestha and Rukmini Chaudhary, who leads the agitators’ side, on Tuesday afternoon.

According to the fresh agreement, the government has agreed to take necessary constitutional and legal initiatives for the withdrawal of cases and release of Tharu prisoners including Resham Chaudhary, Laxamn Chaudhary and Dhaniram Chaudhary.

It is to be noted that Dipayal Rajpur High Court, on December 18, 2020, had handed down life sentences to Resham Lal Chaudhary and Laxman Chaudhary, who were  convicted of murdering eight police personnel and a minor in Tikapur of Kailali district in the western plains of Nepal on August 25, 2015.

Along with Resham Chaudhary, seven other individuals convicted for the same incident were also handed life imprisonment.

The agreements, made on Tuesday, include providing relief to the families of those killed during the Tharuhat/ Tharuwan agitations.

Similarly, defining and making necessary arrangements for the reservation and representation of the people from the Tharu community will also be done, according to the deal.

The two sides also agreed to make necessary arrangements for providing primary education in those places where the people from the community hold majority, as enshrined in the Constitution of Nepal.

The government has also agreed to implement all the past agreements reached between the government and Kamaiya and Kamlahari agitators.

The final agreement that the two sides reached on Tuesday states that necessary decisions will be taken to amend the constitution through ‘discussions and consultations’. 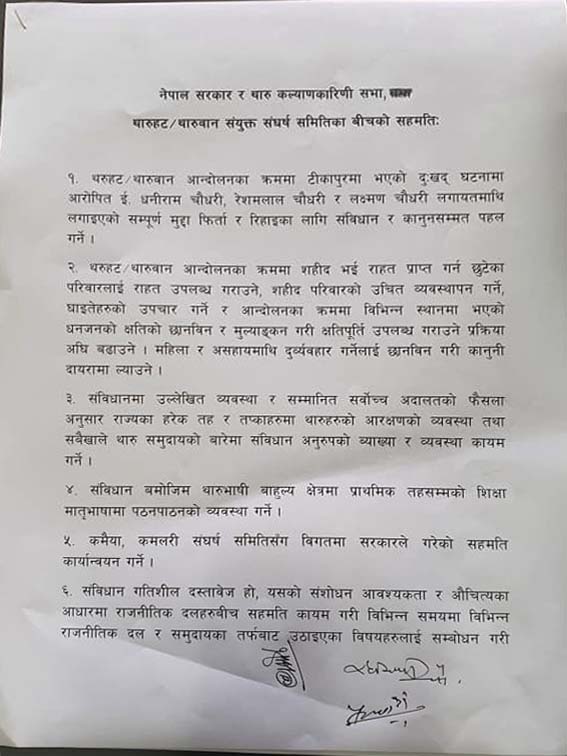 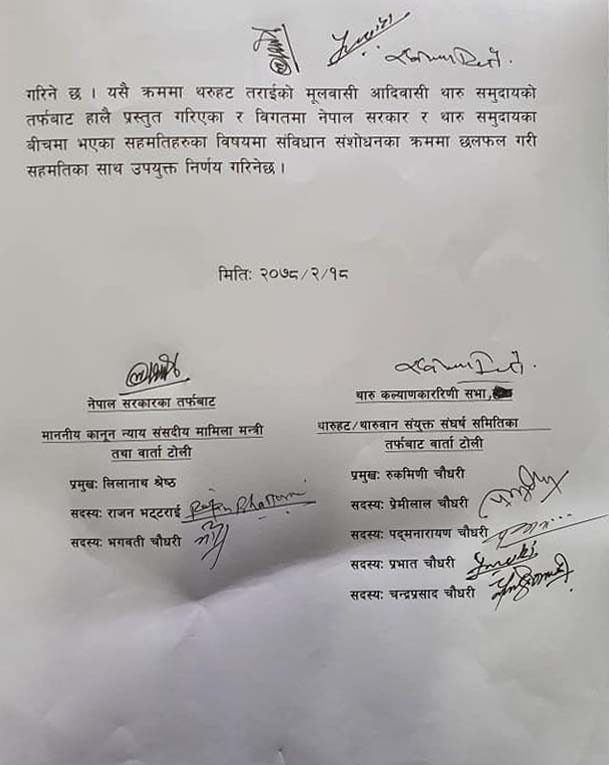 KATHMANDU, Jan 4: Although the Rastriya Janata Party Nepal (RJPN) had long been demanding that the government facilitate the administering... Read More...

KATHMANDU, April 23: The CPN (Maoist Center) has approved the agreement signed between the government and agitating Federal alliance including... Read More...

Meeting of the ruling coalition begins
29 minutes ago