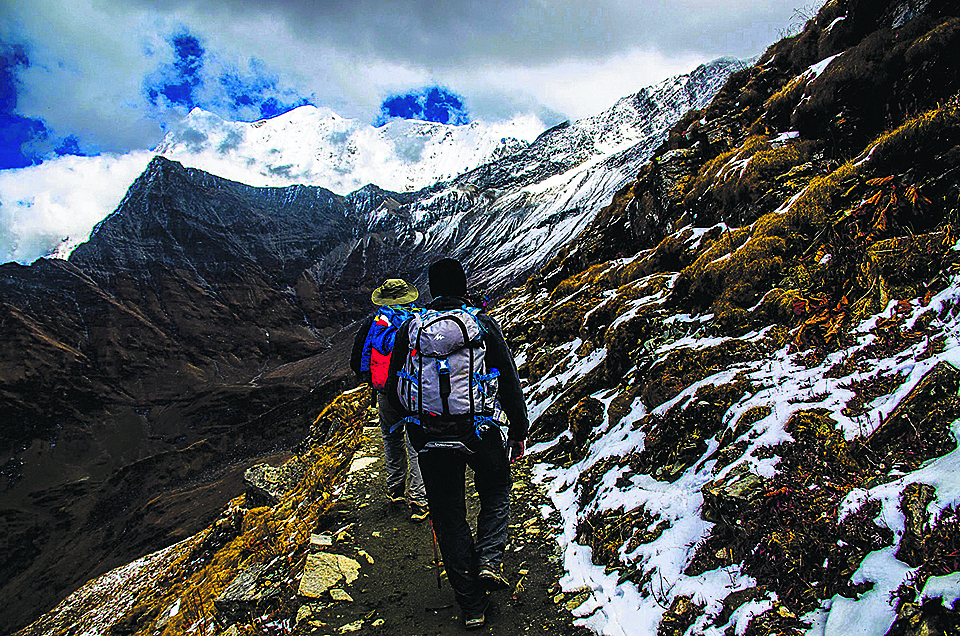 The government's preparation to allow climbers to climb some new mountains comes in the wake of Visit Nepal Year 2020 campaign. Addressing the inaugural session of the 41st Annual General Meeting and Election of Trekking Agencies' Association of Nepal (TAAN) on Friday, Minister for Culture, Tourism and Civil Aviation, Yogesh Bhattarai, said that the government was working toward loosening the restriction that it has placed for issuing climbing permits for some mountains. However, the minister did not reveal which mountains will be opened for commercial expedition.

“Many mountains are restricted for climbing purpose. We are working for relaxation of such restriction as we prepare for the Visit Nepal Year 2020 campaign," Minister Bhattarai said. "We will soon announce a package on opening up some of them for climbing.”

The government has opened 414 mountain peaks for climbing activities so far. There are nearly 1,300 peaks in the country. Among them, 86 peaks above the 5,000 meters remain unclimbed, according to the Department of Tourism.

Surendra Thapa, the spokesperson for the department, told Republica that the department was studying the prospect of opening some peaks for commercial expeditions. “There are many unclimbed peaks in the country. We cannot open some of those peaks due to their religious significance. But, we will gradually open up other feasible peaks for climbing purpose,” he added.

Speaking at the program, he also urged trekking agency operators to help the government in making 'Visit Nepal 2020' a resounding success. “We know tourism entrepreneurs have grievances. There is a gap in tourism infrastructure. Tourists coming to Nepal are facing inconveniences. We are ready to address those issues together with the private sector. Let's make the Visit Nepal Year 2020 a success now,” he added.

According to Bhattarai, the government was also working on to set up Tourism Satellite Account and use GPS system to ensure security and safety of tourists visiting Nepal.

Former Prime Minister Pushpa Kamal Dahal and Minister Bhattarai jointly gave away the award which includes cash prize and certificate of appreciation. The association also feted various organizations and personalities for their contribution to the development of tourism sector.

Hotels in Langtang region to resume services from today

RASUWA, Nov 22:  The hotels in the Langtang region, one of the favorite travel destinations in Nepal, are all set... Read More...