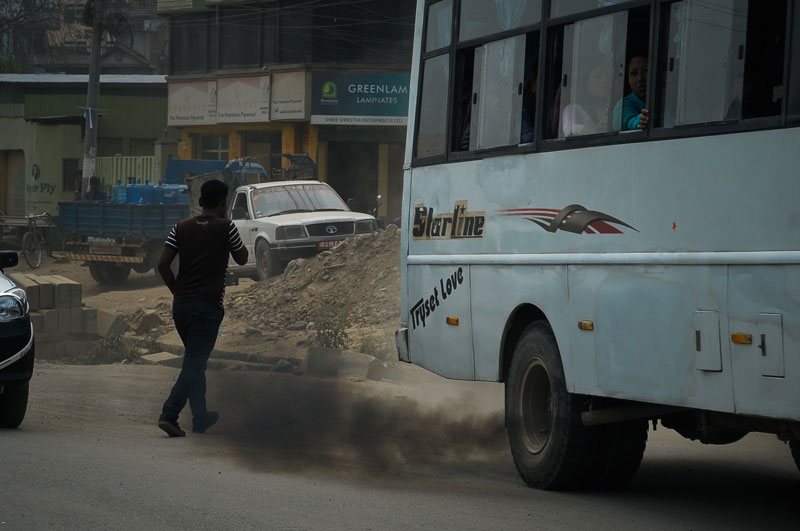 KATHMANDU, March 5:  Even though the government started checking the pollution condition of the vehicles since mid-August last year, the pollution created by vehicle emissions has gone unabated.

A team of officials from the Department of Transport Management (DoTM), Traffic Police and engineers conducted emission test on the vehicles in the Kathmandu Valley. A total of 101 vehicles fail pollution test in the capital.

According to Gokarna Prasad Upadhaya, the spokesperson for DoTM , the test was conducted on 250 various types of vehicles including private and public for pollution.

Upadhaya further said that the test was carried out from January 17 to February 3. During the period, the checking was done for seven days in an interval of three days for 20 days, he added.

According to DoTM, emission standards stipulate that petrol vehicles should be in right condition and should not emit more than 4.5 percent carbon monoxide and 3.5 per cent in its total smoke density.

Those vehicles failing emission tests will be fined up to Rs 500 to 1,500, according to MTPD. However, the reports of action against those failed vehicles are unavailable.

No Valley entry from July 17 for vehicles failing pollution test

KATHMANDU, June 30: The government will restrict all vehicles failing their pollution test from entering Kathmandu Valley from July 17.... Read More...

Every morning, 22-year-old Sandhya Rai makes a journey with her head bent and back arched in an awkwardly position. A... Read More...