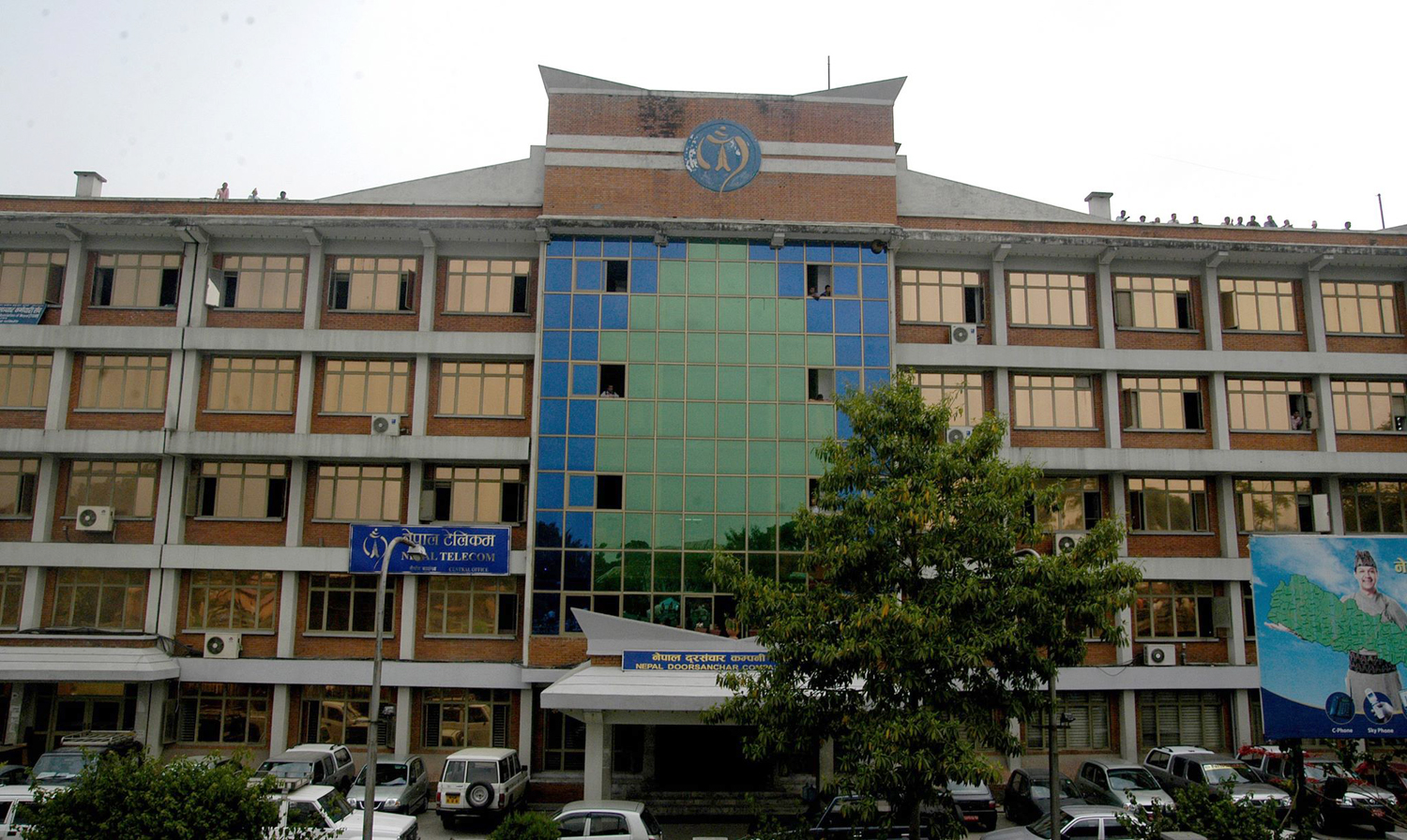 KATHMANDU, Aug 1: The government is mulling over a plan to bring in a strategic partner for Nepal Doorsanchar Company Ltd (Nepal Telecom) with an offer of sharing additional profits earned with the partner after such partnership is established.

However, such strategic partnership would not result in the privatization of the state-owned telecommunication service provider, according to Minister for Communication and Information Technology, Yuba Raj Khatiwada.

The government has long been considering a strategic alliance for the oldest telecommunication service provider in the country to modernize its services and increase its market share amid increased competition with the entry of private players including Ncell.

Ruling out any possibility of the privatization along with the remark of possible offering of management contract, Minister Khatiwada has also indicated the government’s intention of not divesting its shares to the strategic partner. Earlier last year, some senior officials at the Ministry of Communication and Information Technology (MoIT) had even said that the government could offload 30 percent of its shares to the prospective strategic partner.

However, an earlier process initiated by the MoCIT last year seeking the approval of the Ministry of Finance got stalled over the procedural issue as well as concerns over the modality of strategic alliance.

Following a due diligence audit of the company from a UK consultant appointed to assist in the strategic partnership process, the MoCIT had forwarded the proposal to the finance ministry. The appointment of the consultant to help in the strategic partnership process and preparation of the DDA report had even become a drag in the process after the Commission for the Investigation of Abuse of Authority (CIAA) started investigation into the issue. But, the anti-corruption body later gave clearance to the company. The MoCIT forwarded the proposal of strategic partnership to the finance ministry last year seeking its nod.

Interestingly, Minister Khatiwada, who is also the finance minister, had turned down the proposal last year seeking the finance ministry’s approval for bringing in the strategic partner. He was not the Minister for Communication and Information Technology at that time, but overtook the ministerial portfolio in February after the then minister Gokul Banskota stepped down from his post over a corruption allegation.

Speaking at a meeting of the federal parliament’s Development and Technology Committee on Friday, Minister Khatiwada clarified that the finance ministry did not endorse the proposal as it had not followed the due process.

“The way it was sent for a decision was not in accordance with the due procedure. The proposal directly came to the finance ministry when I was not the communication minister,” said Minister Khatiwada.

“It should be a subject of decision for the board of the company first as they know about their business strategy including the ways to increase the market share or the need for a strategic partner,” he said, adding that dictating the strategy by the Ministry of Finance would be neither a right procedure nor a transparent way.

However, the government is open to allowing foreign strategic partnership to increase the competitiveness of the public company, Minister Khatiwada said.

“Let the board of the company make the decision in this regard soon and we can move ahead with this idea if necessary,” he said, adding that the government is okay even if the company decides that it could enhance its competitiveness in the market even without any strategic partner