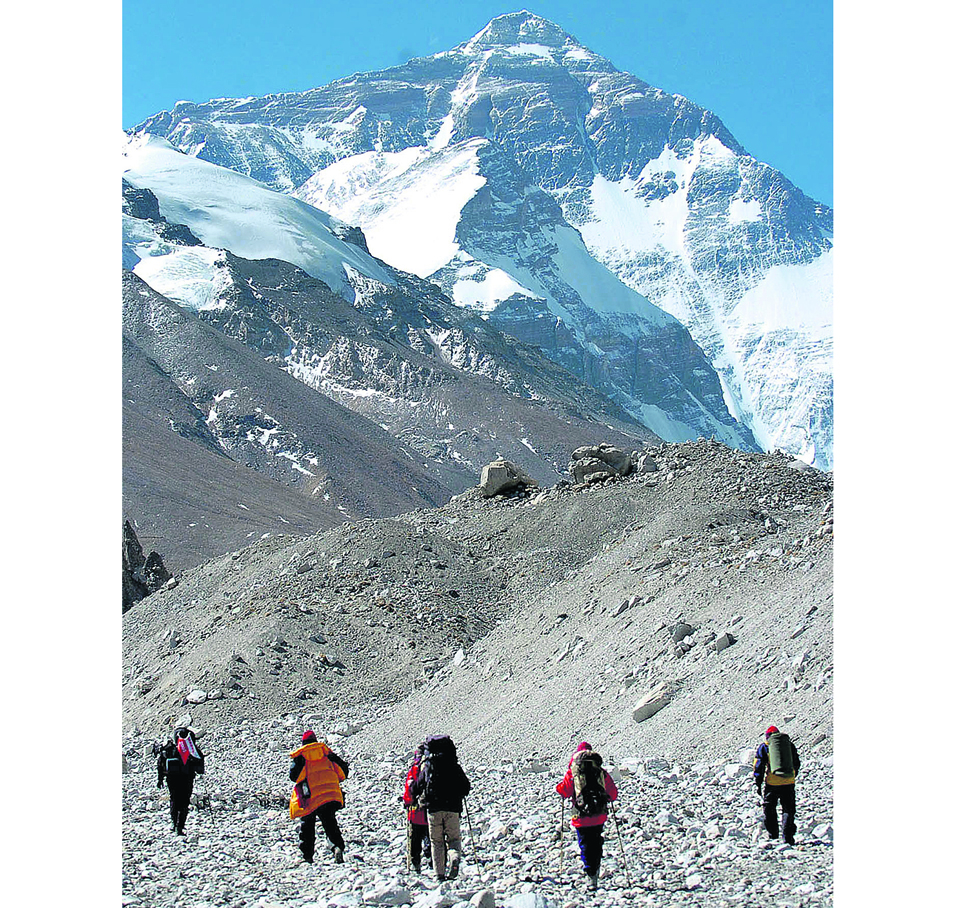 KATHMANDU, Feb 11: The government has started an investigation against Traveller Assist, which promotes itself as a medical assistance and cost containment company, after concluding that the company was found spreading exaggerated information regarding rescue in Nepali trekking/mountaineering sector.

According to officials of Ministry of Culture, Tourism and Civil Aviation, Central Investigation Bureau (CIB) and Inland Revenue Department (IRD) are assisting the ministry in the investigation.

A meeting of stakeholders held in the ministry few days ago decided to launch a probe against Traveller Assist, concluding that the company’s activities was hurting country’s tourism image.

According to a tourism entrepreneur, who attended the meeting, the company has been trying to establish its business in Nepal. “However, the government’s recent decision to regulate the rescue system has affected its plan,” he added.

Following media reports about malpractices in mountain rescues, the ministry has brought a policy of not working with any agent whatsoever for rescue service.

Ministry officials say that while putting pressure on the government to take action against firms involved in fake rescue, the company has been in correspondence with chopper companies to negotiate a better price rate, stating that it has a network of big insurance companies from countries like Australia, the US and European countries.

It has promised to connect Nepali helicopter companies directly with these insurance companies for rescue service, a chopper operator told Republica.

The company recently wrote to Minister for Culture, Tourism and Civil Aviation Rabindra Adhikari, saying that insurance underwriters will cut off Nepal from February 15 if the government failed to control the fake rescue racket.

A tourism ministry official told Republica that the Traveller Assist was lobbying with Nepali companies for business, while giving quotes to international media against the Nepali tourism industry.

“This is a purely business-oriented step. It simply wants to damage the image of Nepali companies and bring foreign companies to the forefront to serve its business interests,” the official added.

Chopper operators also say that Danny Kaine of Traveller Assist has been persuading helicopter companies to work directly with them.

“After the fake rescue scam got massive coverage in international media, the company (Traveller Assist) sent an email to helicopter operators, saying that trekking agencies are involved in fake rescue and that they are dragging helicopter companies into the mess,” Yog Raj Kandel, general secretary of Helicopter Society of Nepal – a lobby group of helicopter operators, told Republica. “Danny Kaine then asked us to sign contract with them for rescue service in the Himalayas.”

Chopper operators have alleged that few people in the Nepal industry are also supporting Traveller Assist. Traveller Assist has recently appointed Jay Rana as its agent for Nepal.
Kandel said Traveller Assist was trying to expand its business in Nepal where it could make a large amount of money in the name of commission from rescue missions.

Most of the chopper operators, who worked with this company in the past, said that the company denied releasing payments after the rescue missions were over, arguing that the government has named the operator as ‘wrong-doer’ in its investigation.

An email sent to chopper operators by Danny Kaine reads: “We are working with the Ministry of Culture, Tourism and Civil Aviation, and the Ministry of Law, Justice and Parliamentary Affairs – on behalf of several major insurance underwriters who issue insurance policies on behalf of 80 percent of travelers to Nepal.

They agreed to work with us to establish a trusted provider network and to bring charges against those found complicit `in fraud.”

Responding to the email, Ghanashyam Upadhyaya, the spokesperson for the tourism ministry, said that the ministry has not entered into cooperation or understanding with any company on helicopter rescue.
“We have not received any email from them (Traveller Assist),” added Upadhyaya.

KATHMANDU, July 2: Member of the National Assembly, Tara Devi Bhatta, has urged the government to launch an investigation into... Read More...

PM Oli addresses the nation (with video)
1 hour ago

INFOGRAPHICS: Nepalis affected by COVID-19 throughout the world
14 hours ago