Chinese government admits head of Interpol 'under investigation' after disappearance 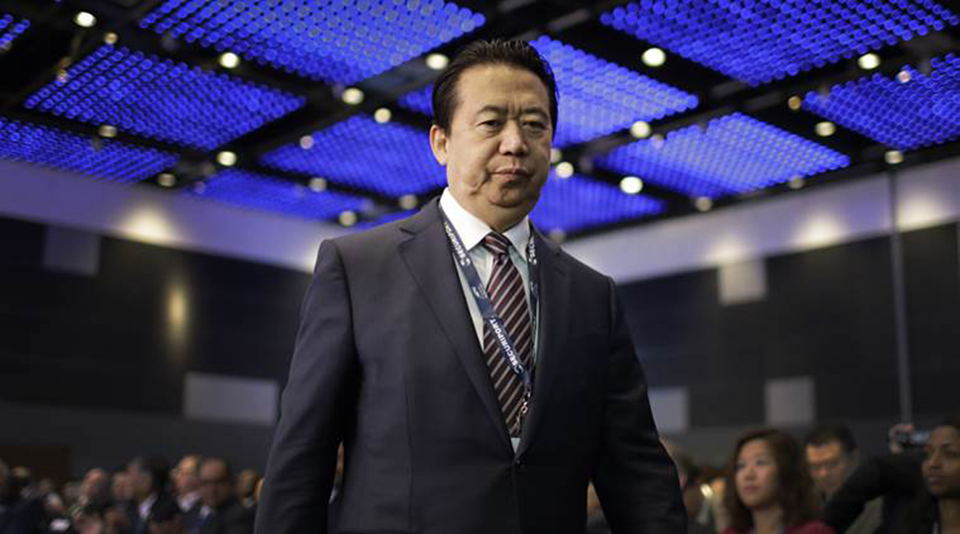 Oct 8: The missing head of Interpol, who vanished after returning to his homeland, is under investigation in China, authorities in Beijing have confirmed.

In a terse one line statement Sunday evening, China's ruling Communist Party admitted Meng Hongwei, who also holds the position of Vice Minister of Public Security in China, was "under investigation by the National Supervision Commission for alleged violations of laws."

Chinese authorities had previously remained tight-lipped about the whereabouts of Meng, following his sudden disappearance last month after he flew from France to China.

Sunday's statement did not specifically say that Meng had been arrested, or that he remains in China. However, previous suspects who have been described as "under investigation" by the National Supervisory Commission -- the country's top anti-corruption agency -- have often reappeared in the custody of the government at a later date.

In a separate development, Interpol said it had received Meng's resignation from the international police agency with "immediate effect" according to statement posted Sunday. It made no mention of the former president's sudden disappearance or his current whereabouts.

The South China Morning Post, a Hong Kong-based newspaper known for its connections inside the Chinese government, said Meng was "taken away" for questioning upon landing in China last week. The newspaper cited an unnamed source.

It comes just one week after one of China's best known actress, Fan Bingbing, reappeared following a lengthy disappearance, admitting to tax evasion and promising to pay a large fine.

"That China feels so emboldened to disappear even one of its most famous actresses ... should be a real wake up call that anyone within China could be next," human rights advocate Michael Caster wrote for CNN in September.