Govt itself to build Budhigandaki Hydro 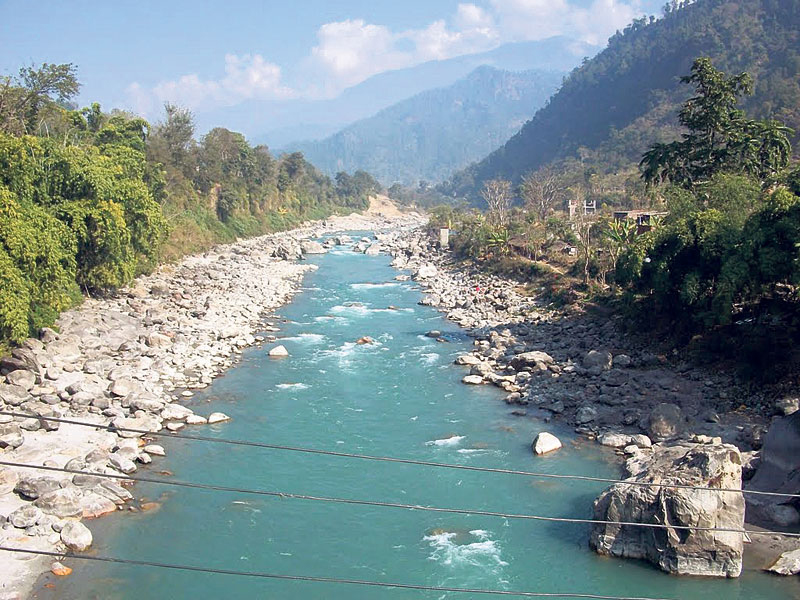 KATHMANDU, Nov 24: The government has decided to build the Budhigandaki Hydroelectric Project itself, using its own technology, and  state-owned power utility Nepal Electricity Authority is to be the project developer.

The cabinet decision on building the 1,200 MW reservoir-type project has come  11 days after the government scrapped an earlier agreement  awarding the project to the Chinese company, China Gezhouba Group Corporation (CGGC).

In taking its decision, the cabinet said the decision of the former government was ill-intentioned and inappropriate. Budhigandaki is a dream project that is expected to bail  the country out of its the power crisis. But using Nepal's technological knowhow alone is probably a bad idea because the country has been importing  technology and major equipment as well as  expertise for several other hydropower plants.

The cabinet  also set up a committee led by Vice-Chairman of the National Planning Commission Swarnim Wagle for studying the project's Engineering Procurement, Construction and Finance (EPCF) modality. This modality is a first for the country.

The committee members include the secretaries of the Ministries of Finance and Energy, the governor of Nepal Rastra Bank, a joint secretary ( policy division) of the Energy Ministry  and the managing director of NEA. The committee will  submit its report within 15 days.

The decision of the government led by the Nepali Congress (NC) to scrap the project accord with the Chinese has angered  the left alliance. The CPN-UML chairman has already threatened to roll back the scrap decision  once it comes into power. NC was also in the coalition government  led by Maoist Center Chairman Pushpa Kamal Dahal when it awarded the project to the Chinese company.

Former bureaucrats have said that the project costing about Rs 260 billion can be developed like the Upper Tamakoshi Hydropower, under a company model with co-financing by different institutions, including the  Citizens Investment Trust, Employees Provident Fund and Nepal Telecom.

Sheetal Babu Regmi, a former energy secretary, said that the government's decision is a correct one. "The project cost will be about Rs 300 billion and it may take a decade. Do the math and it may require   annual outlays of only about Rs 30 billion," he said.

Regmi elaborated that the government may actually have to put up only  Rs 20 billion annually because Rs 13 billion has already been collected through the Rs 5 surcharge levied  per liter on petrol, diesel and aviation fuel as infrastructure tax. Rs 10 billion is collected annually from the surcharge on petroleum products, he further informed.

But economist Posh Raj Pandey said that neither the contract award decision by the Dahal government nor  the  subsequent decision to scrap it  can be taken seriously. "These are all  political gimmicks,"  Pandey said, adding "The latest decision to build the project on our own may be meant to counter Indian press reports  that Nepal is likely to award the project to  Indian companies."

"The project is important but financing  it on our own may be quite difficult because of its long gestation period," he said and suggested that the government may bring in some foreign companies in a joint venture.

Following the project award to the Chinese , energy experts and some politicians protested , and about four months later  parliament's Finance and Agriculture and Water Resources Committees jointly  asked the government to scrap the decision.

KATHMANDU, Nov 14: At a time when the government is trying to woo more investments from China, a cabinet meeting on... Read More...

KATHMANDU, Dec 22: The government has decided to build the much-talked about Kathmandu-Tarai fast track on its own. ... Read More...