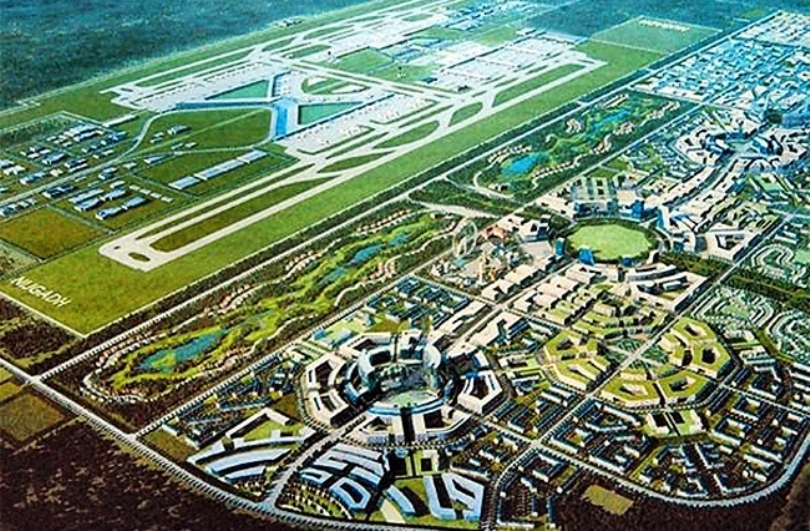 On the one hand, a Detailed Project Report (DPR) of the Nijgadh International Airport has not been prepared while on the other its Environmental Impact Assessment (EIA) report is ready. Why and how was the EIA of a project possible without a DPR?

A fresh wave of debates has begun in Nepal after the Supreme Court (SC) ordered the government to stop the construction work of Nijgadh International Airport in Bara district. The issue is becoming more and more complicated as the verdict has been interpreted differently by parliamentarians, parliamentary committees, conservationists and environmentalists and development activists.

A separate office has already been set up for the construction of the airport. Employees have been recruited while some private land has also been acquired for the construction of the airport. A letter was sent to the Ministry of Forest to cut down trees that lie in the area spanning over 2,000 hectares of land. An agreement has also been reached to give the task of cutting down trees to the Nepali Army (NA). The NA is also constructing a fast track with the objective of connecting the airport with the Kathmandu Valley through a shorter route.

At present, both sides who have welcomed and opposed the apex court’s verdict, seem very active. There have been discussions in parliament, parliamentary committees and among conservationists, environmentalists and development advocates about whether the Nijgadh airport should be constructed.

There is also another hidden aspect on the issue – the group of people who are involved in the trade of land and timber. Their opinion is not usually seen openly, however, these people strongly believe that the airport should be constructed according to the current plan. Therefore, they keep on insisting that this airport should be built in 8,000 hectares and 2.4 million trees should be cut down for the completion of the airport. This group has its eyes on the land around Nijgadh and the trees that will be cut down before the actual construction of the airport begins. Understandably, this group has suffered the most because of the SC’s decision to stop the construction of the airport. There are also a group of people who want sustainable development. However, the government has failed to address their concerns, prompting the apex court to intervene in the matter.

Looking at the history of study and homework related to the project, it seems that the former government had taken this project seriously. It is clear that this project has been pushed toward failure due to the government’s incompetence.

Similarly, the government has never responded transparently to the questions and concerns raised by the stakeholders, environmentalists and conservationists. The SC may have given such an order as it didn’t get answers to these three questions. Therefore, this order is a tight slap in the face of the government.

While most of the world's most famous airports with a lot of traffic are operating in an area of ​​about 1300 hectares, here the idea of acquiring 8,000 hectares seems impractical in all aspects. Both the past and present governments have been silent on this issue. Why is this much area needed? The government does not seem ready to respond to this, which has always created suspicions among the stakeholders. So far no clear commitment has been made to reduce the proposed area of the airport.

Likewise, the Detailed Project Report (DPR) of such a big project has not been prepared yet. How does a project without DPR move forward? What is the total cost? How will the required capital be raised? What will be the construction process? There is no answer to these questions while these questions have been repeatedly raised by the stakeholders. But why does the government (past and present) not have any answer?

On the one hand, a DPR has not been prepared while on the other the Environmental Impact Assessment (EIA) report has been prepared. There are people who ask why and how the EIA of a project was possible without a DPR? This question was raised again and again in the past. However, there is no answer to this yet.

In 2068 BS, the Korean company Landmark Worldwide carried out the feasibility of the project. But the company has not yet submitted a detailed study report to the government. The government has prepared only a summary of that study. Some say that the EIA report has been prepared on the basis of that summary while there can be many errors in such a report. Many questions have been asked about this in the past.

Not only this, the data of a hydropower company in Dolakha was included in the report of the airport project. The Ministry of Forests has approved the report prepared by ‘copying and pasting’ without any proper study. The report mentions that after cutting down one tree, 25 trees will be planted in its place. However, there is no mention of who and where the trees will be planted.

Not only this, air space is also needed for international airports. However, the proposed airport is close to the border with India. For this, we need India's airspace and we have to make an agreement with India accordingly. But that agreement has not been reached either.

The SC must have sought clear and transparent answers from the government to the questions mentioned above that the general stakeholders have been asking for years. It is quite normal that the government, which does not give satisfactory answers to these questions, is only planning to cut down trees at the project site, which must have raised the SC’s doubts.

KATHMANDU, June 4: Demonstrations have been organized in Kathmandu in support of the Supreme Court's order not to proceed with... Read More...

KATHMANDU, June 3: A group of citizens have seriously objected to the criticisms and comments made at the political level... Read More...

If we did not have strong guardianship of the Supreme Court, the rights of the individuals would have been grossly... Read More...

India's Gaikwad hits seven sixes in one over
27 minutes ago

Samsung hands over new car to lucky winner
3 hours ago