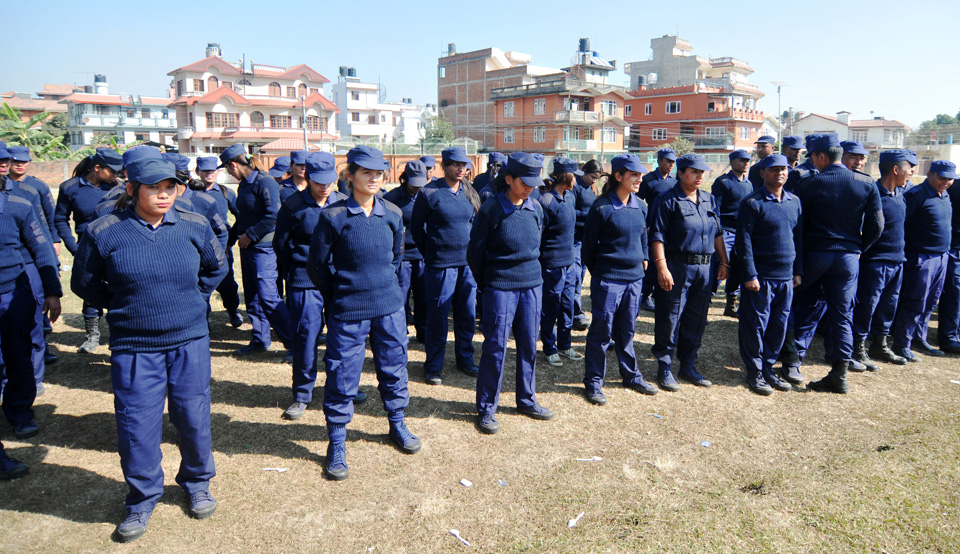 The Police Headquarters called for applications on Tuesday and said that those who want to join the temporary police force can apply from March 20 to March 25.

The application form for the temporary police is available at District Police Offices across the country and at three police stations in Kathmandu Valley. The government in consultation with the EC has announced it will hold the local level election on May 13.

A person, who is a Nepali citizen above 18-54 years, physically and mentally fit, literate, not convicted in any criminal case and not a member of any political party, is eligible for the temporary police recruit.

Govt to use private helicopters in local level election

KATHMANDU, April 23: The government has decided to use helicopters owned by private companies for the purpose of the local... Read More...

All citizens should be vaccinated against COVID-19 before elections: National Assembly Chair Timilisina

KATHMANDU, March 2: National Assembly Chairman Ganesh Prasad Timilsina has said that all the citizens should be administered the full-dose... Read More...