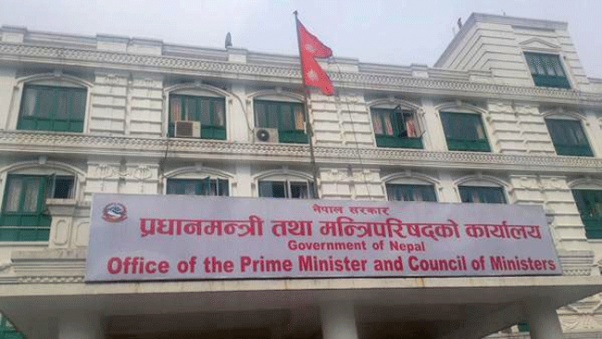 KATHMANDU, Feb 24: It has become a tradition of successive governments to form a probe committee or commission whenever they come under overwhelming public pressure over some controversy or the other.

Such bodies, however, are ineffective in addressing the problems involved as their findings are hardly ever made public, let alone acted upon.

Observers say that the formation of probe bodies only helps the authorities diffuse public anger and let them off the hook.

Following relentless pressure from Madhes-based political parties the then Dahal government formed a high-level commission to probe the killings of about 50 protesters and eight police personnel in protests in Madhes just before and after the promulgation of the new constitution in 2015. The commission led by former Supreme Court justice Girish Chandra Lal was formed in September 2016. It submitted its report to the government in December 2017.

Similarly, a High-Level Education Commission was formed last year to recommend an education policy for the newly-introduced federal setup. The commission submitted its report to the prime minister in the second week of January. Though the government has promised to enact new education law on the basis of the report , the report itself has not been made public so far. Main opposition Nepali Congress (NC) lawmaker Radheshyam Adhikari demanded in parliament recently that the report be forthcoming.

A probe committee headed by former justice Mohan Raman Bhattarai was formed back in August following a public outcry over irregularities at the Social Welfare Council. The five-member probe committee submitted its report earlier this month and it indicates massive irregularities at the council. According to sources, two former ministers have been implicated, but the government has not made the report public . Sources at the Prime Minister's Office said the report has been passed on to the anti-graft body CIAA for further investigations.

The Oli government has formed multiple commissions and probe committees in the year since taking office, including those formed to probe the 33 kg gold smuggling case, the controversy over fake rescues of mountaineers and trekkers and the Nirmala Panta rape and murder case.

The report on the Nirmala case was made public only under public pressure and following protests for weeks. But the reports on the two other issues are still under wraps.

The Tourism Ministry has been hiding the report on fake mountain rescues even as stakeholders are concerned whether the government took any action against those implicated.

Similarly, though the government filed a case against a dozen police officials including senior ones, the report on the smuggling of 33 kg of gold has not been made public yet.

According to Chairperson of Transparency International Nepal Khem Raj Regmi, hiding the reports of probe commissions and committees calls into question the motive of the government in forming such bodies at all.

“The question arises whether the government's intentions are only to hoodwink the people and whether it really wants to take any action against those finger-pointed by the reports,” he said.

Regmi, a former government secretary, said what is at stake is public trust in government .