Govt ‘failed to act’ on intelligence about threat from Chand outfit 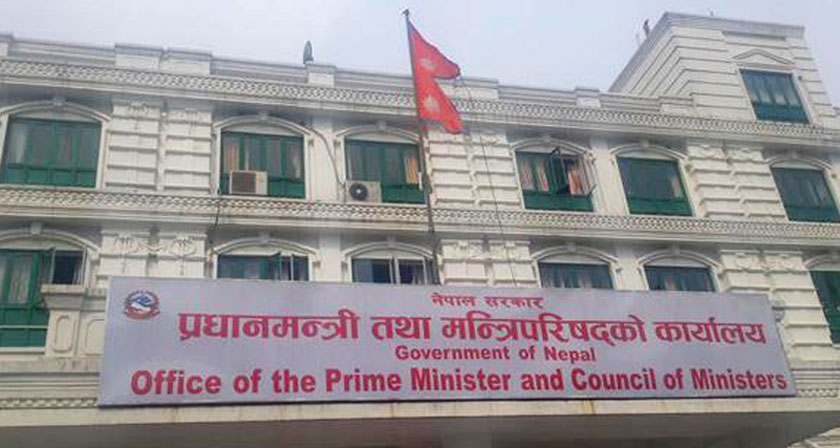 KATHMANDU, May 28: The government’s intelligence apparatus is being blamed for failing to track the activities of the Netra Bikram Chand-led outlawed outfit after bomb blasts in the capital on Sunday left four people dead and others injured.

Highly-placed sources at the National Intelligence Department, however, said that the agency had cautioned the authorities about increasing threats from the Chand-led Nepal Communist Party.
“The government was well-informed about the increasing security threat in the capital city,” said a senior official at the NID.

Prime Minister KP Oli’s chief advisor, Bishnu Rimal, has received daily briefings from the NID since the department was brought under the Prime Minister’s Office in February last year.

A special report that hinted at the outfit’s latest activities was also submitted to Chief Secretary Lokdarshan Regmi a week ago, said sources at the intelligence agency.

A retired chief of the NID, requesting not to be identified by name, has questioned the practice of submitting NID reports to a political appointee instead of the chief secretary.

“The intelligence report more specifically stated that the Chand-led outfit has been planning violent incidents in the capital during a general strike called for Monday as the outfit craved international attention,” said another official at the NID, requesting anonymity.

Home Minister Ram Bahadur Thapa, briefing the House of Representatives on Monday, said that the Chand outfit has intensified its violent activities in Kathmandu recently. “They have been carrying out bomb blasts, arson and vandalism in different areas of the country. But their activities are centered more in Kathmandu Valley of late,” said Thapa.

Stating that the outfit was involved in armed activities in the guise of a political party, Home Minister Thapa further added, “They have formed a janaparishad or parallel government, and organised four companies of their militant wing.” Generally, a company in an armed group comprises 80 to 150 people.

After Thapa’s statement in parliament Monday, many on social media criticized the government for not controlling Chand’s activities even after being fed prior notices.

The defense secretary and the police chief in Sri Lanka resigned last month after they were found to be not taking seriously intelligence warnings about attacks at churches and hotels that killed 250 during Easter. But the government here has not taken the negligence over intelligence on security threats seriously.

The government spends Rs 32 million annually on the NID. Accusing the body of failing to perform, KP Oli moved it out of the Home Ministry and brought it directly under his own office.

But the head of government rarely takes regular briefings from the NID and has not made any changes in its working style. “Nothing has been changed except the reporting office – from the Home Ministry to the PMO – in the year since the prime minister himself headed our office,” an investigation officer at the NID said.

The government has mentioned in its policy and program for the upcoming fiscal year that the NID will be restructured as a professional intelligence institution. But the organization comprising about 2,300 personnel is repeatedly blamed for failing to perform due to political interference and lack of skilled manpower.

46 dead, 16 hospitalized after trailer of migrants found
19 minutes ago
Stockbrokers permitted to operate their own TMS for online trading of shares
2 hours ago