Govt decides to resume domestic and int'l flights with some restrictions


KATHMANDU, June 22: The government has announced to resume both domestic and international flights that remained suspended since the government enforced prohibitory orders shortly after the outbreak of the second wave of COVID-19 in April.

According to the Office of Prime Minister and Council of Ministers, domestic flights will be allowed to operate with 50 percent seat occupancy to help contain possible spread of COVID-19, while international flights will be operated as per the safety protocol developed earlier by the government.

The number of flights each airlines company can operate will be prepared by the Ministry of Culture, Tourism and Civil Aviation. Sources said the ministry is preparing to publicize the details for this by Wednesday.

The government has also decided to resume regular international flights to and from Kathmandu in limited destinations. With the new decisions in place, Nepal Airlines and Qatar Airways will be allowed to operate two flights each a week in Kathmandu-Doha sector.

Among other sectors, the government has allowed to operate one flight each a week in Kathmandu-Muscat, Kathmandu- Seoul, Kathmandu-Japan, Kathmandu-Chhengdu and Kathmandu-Guangzhou sectors. 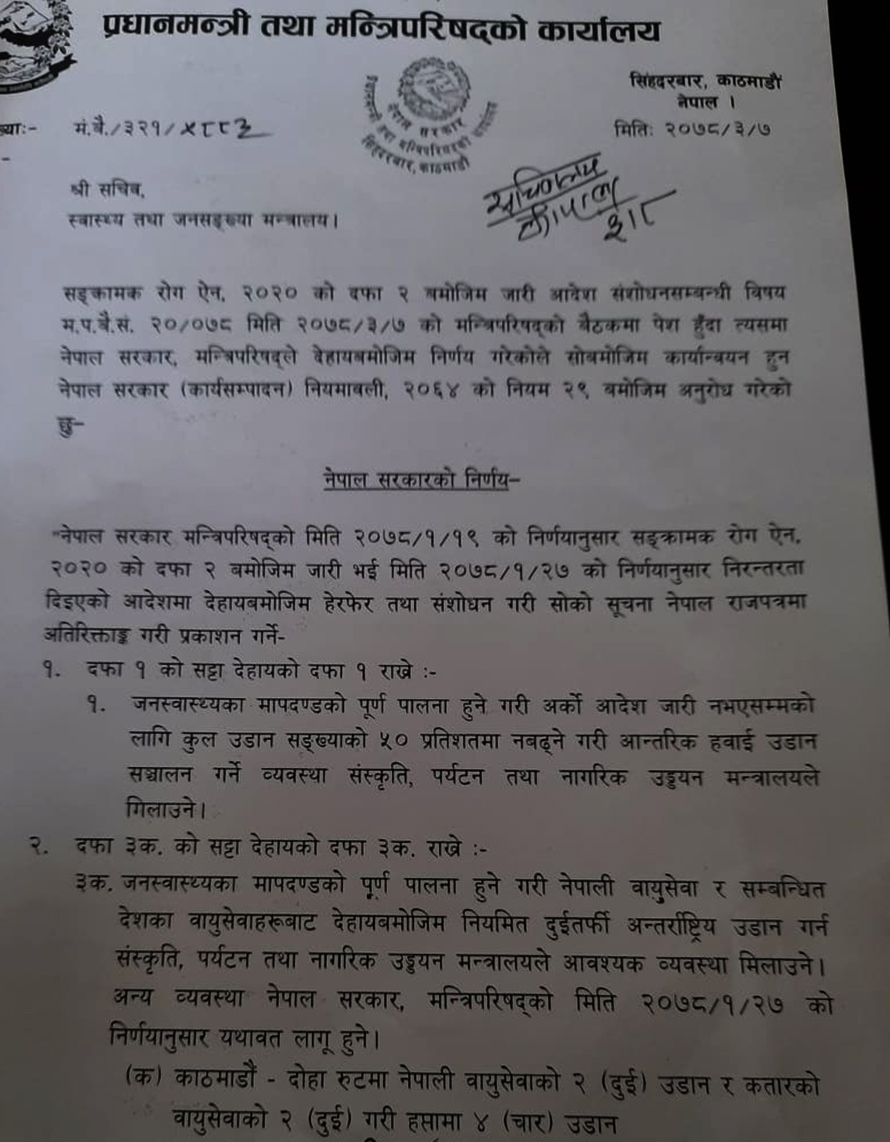 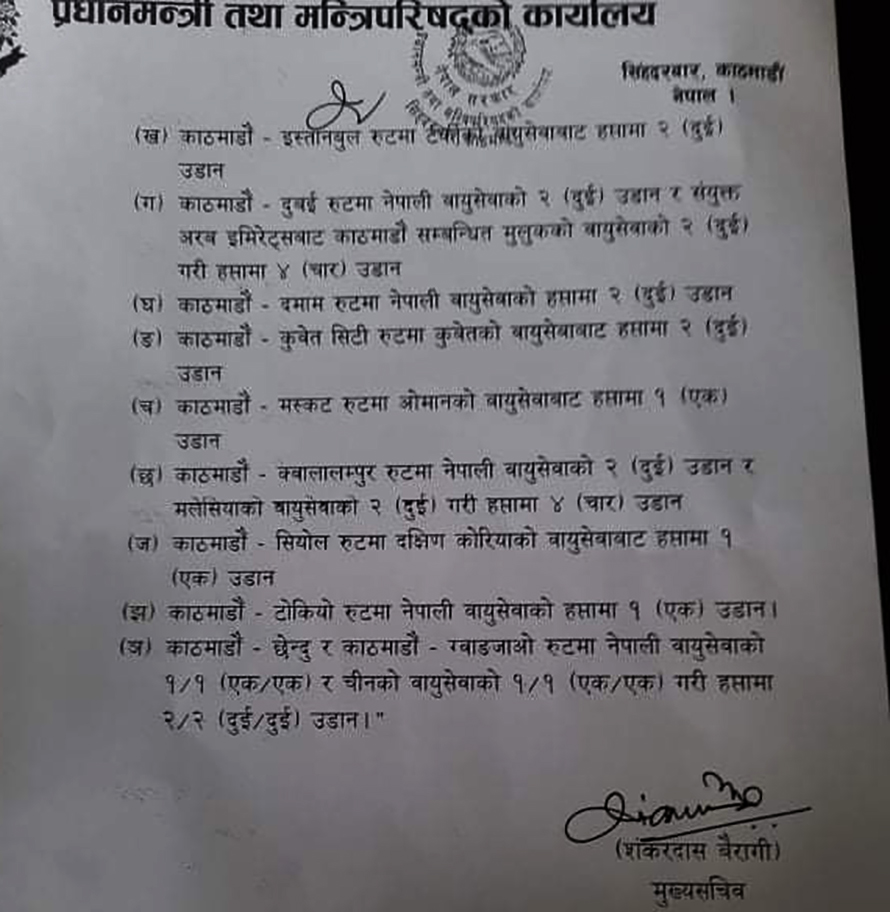 Nepal decides to suspend domestic, int'l flights until May 14 amid rapid spread of COVID-19

KATHMANDU, May 2: The government has decided to suspend both domestic and international flights in order to curb further spread... Read More...

Rolpa at high risk of COVID-19 outbreak; doctors anticipate worse situation in the days to come

ROLPA, Nov 30: Health professionals in Rolpa have urged the government to add isolation centers and speed up contact tracing to... Read More...