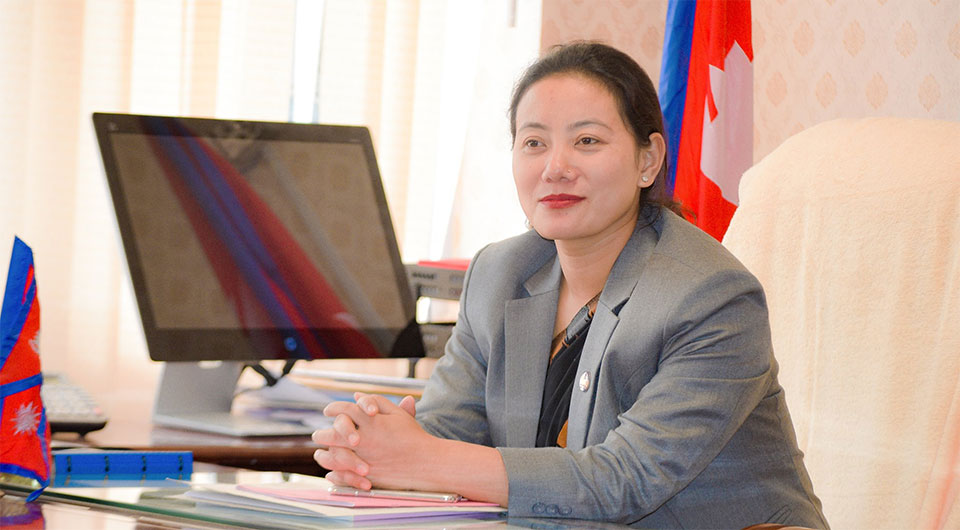 KATHMANDU, June 7: Minister for Water Supply Bina Magar has asserted that the government was committed to providing basic drinking water facility to as many as 92 per cent of the total population by the end of next fiscal year 2019/20.

In a meeting held with the representatives of the World Bank held at her office today, Minister Magar also shared the government’s aim to provide drinking water services to cent per cent population within three years.

Calling for support from the donor partners towards that end, Magar urged the World Bank representatives to consider further support to the new projects relating to drinking water.

Minister Magar said, “The government faces a challenge to ensure access to drinking water to all the households in the country by 2030. But we are preparing a master plan for the drinking water and sanitation throughout the country.”

She also drew the attention of the World Bank towards the situation in some of the rural parts where people had to walk hours to fetch drinking water and appealed the World Bank for its support in those areas, according to the Secretariat of Minister Magar.

The Minister shared that her ministry was willing to make the rural drinking and sanitation fund development committee that were under the Ministry further strong.

In response, World Bank’s Country Manager to Nepal Farish Hadad-Zervos reaffirmed World Bank’s support to the Nepal’s government plans and programmes relating to drinking water. He pressed for advancing the drinking water projects in coordination among the locals, provincial and central government.