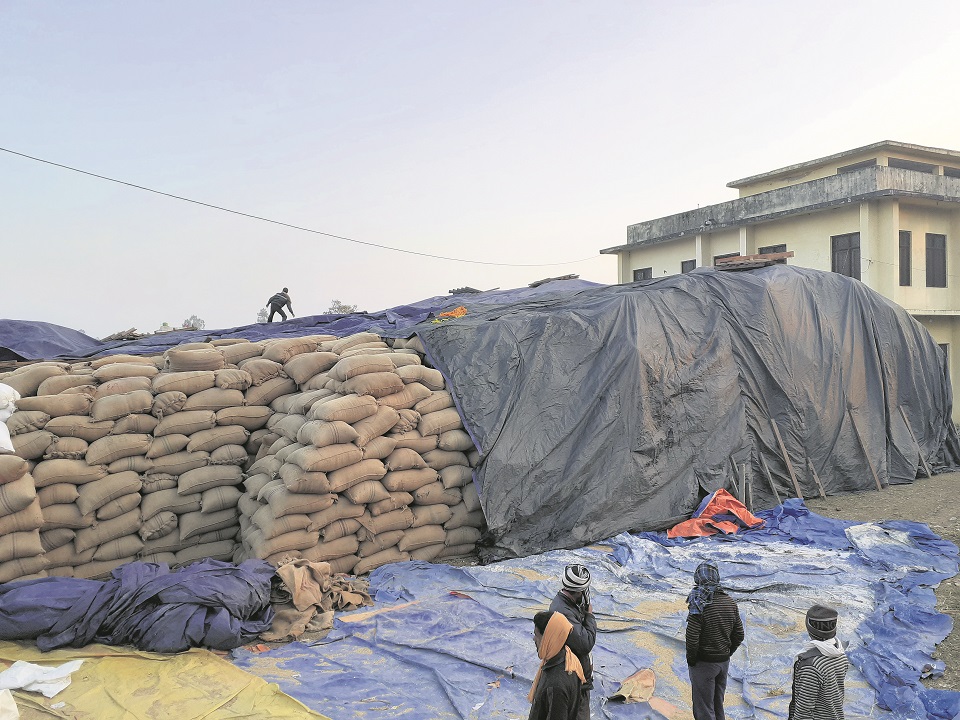 NEPALGUNJ, Dec 31:  The Bheri zonal office of Food Management and Trading Company Ltd (FMTC) has said that it would increase paddy procurement quota by 5,000 quintals this season.

The office had set a target of buying 35,000 quintals of paddy from farmers in this fiscal year. Bharat Khaniya, chief of Nepalgunj office, told Republica that the office would be buying an additional 5,000 quintals this year. "Our central office decided to increase paddy purchase quota as we have been seeing a huge footfall of farmers," he added.

"We had already purchased 35,000 quintals from farmers. The decision to increase quota by 5,000 quintals will benefit local farmers," he added.

"We were getting 30 to 40 trailer loads of paddy on a daily basis. It was becoming difficult for us to manage the crowed," Khaniya said, adding: "Our total purchase is already nearing the allotted quota of 40,000 quintals."

WAREHOUSING PROBLEM
The office is forced to store paddy purchased from farmers under open sky as it does not have sufficient warehousing facility.

"We have been using plastic sheets to cover paddy," he said, adding: "Our paddy could damage if weather condition worsened."

The zonal office of Food Management and Trading Company Limited has so far purchased Rs 100 million worth of paddy from local farmers.

"Of the total paddy purchased from farmers, only around 4,000 quintals are in the warehouse. Remaining paddy has been stored in open space. But we have taken needful safety measures," Khaniya added.

He also said that the office would start sending paddy to rice mills very soon.

NEPALGUNJ, Sept 29: Bakhat Bahadur BK and his wife, spotted near the Indo-Nepal border in Nepalgunj on Saturday afternoon, were... Read More...

Apples worth Rs 500 million exported from Mustang
27 minutes ago