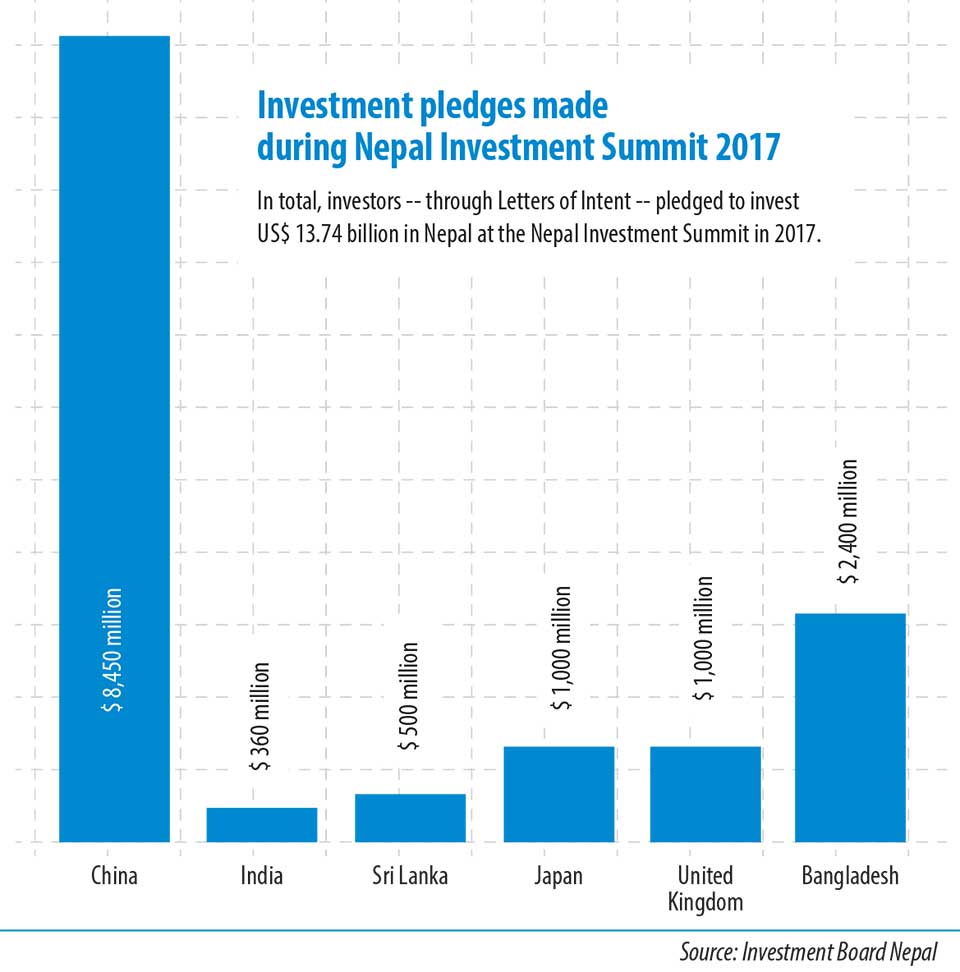 KATHMANDU, Sept 20: The government is planning to host another investment summit in March next year to promote Nepal as ‘a lucrative destination’ for investment.

The first investment summit held in March last year had secured investment pledges worth US$ 13.74 billion. Though most of the investments in the form of a letter of intents are yet to realize, the Investment Board Nepal (IBN) is gearing up to hold yet another summit next year.

Maha Prasad Adhikari, CEO of the IBN, told Republica that the board is working toward organizing the summit to promote Nepal as an attractive investment destination. “We held the investment summit last year. Now, we are preparing to hold another summit in March next year with a realization that such summit should be held frequently to project the country as an attractive investment destination,” Adhikari said, stating that the exact date of the summit is yet to be fixed.

“There have been many political developments along with the passage of investment-related laws and rules since we convened the first summit. We want to let the foreign investors know how the country is more favorable for investment now,” he added.

According to Adhikari, the board is also planning to bring development partners in the summit as participants.

The first Nepal Investment Summit held between March 2 and 3 last year had brought 500 participants, including over 250 investors from 23 countries. The participating foreign investors representing 26 companies from eight countries had even pledged through the letter of intent to invest $13.74 billion in 10 various sectors of Nepal.

However, most of the investment pledges have been limited to papers as investment promises made during the summit has not realized yet.

Adhikari said that his office was keeping a tab and following up with those investors for the realization of the investment pledges. “We have been continuously following up with those investment pledges made during in the first summit. Some are in the process of being translated into actual investment,” said Adhikari. “However, the lessons that we have learned in the first summit will be taken into consideration during preparation of the upcoming summit,” he added.

Australia lifts ban on Boeing 737 MAX, a first in Asia-Pacific region
43 minutes ago