DPRs of railways linking India, China to be completed within one year: Mahaseth 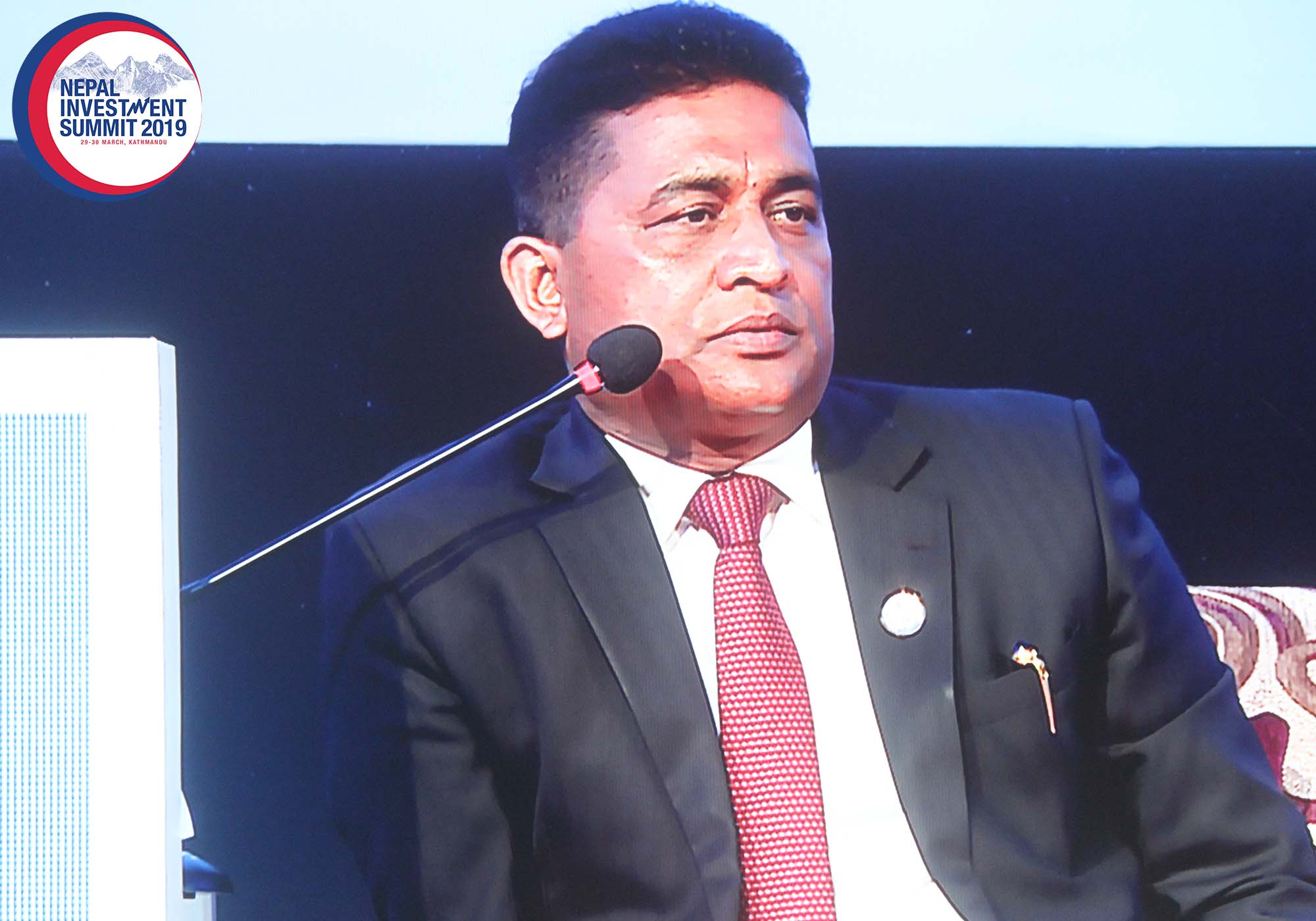 KATHMANDU, March 30: Minister for Physical Infrastructure and Transport Raghubir Mahaseth said that Nepal is expecting to complete Detail Project Reports of Kathmandu-Kerung and Kathmandu-Raxual railways within one year.

"The East-West Railway is around 1100 kilometers. We have completed pre-feasibility survey of Kathmandu-Kerung and Kathmandu-Raxual railways. We hope to complete DPRs of both the railways within one year", Mahaseth said while addressing a session titled "Building Sustainable Transport Infrastructure" during the ongoing Nepal Investment Summit 2019.

The minister said that the government encourages the private sector to invest in the aviation sector. "We are working to improve transport infrastructure in the country," he said.

After prolonged political transition, Nepal is now heading to achieve sound economic growth, he said. "We are graduating to the middle-income country by 2030," he said.

Experts and government officials from Nepal and various foreign countries are delivering their remarks during the second day of the Nepal Investment Summit 2019. Prime Minister KP Sharma Oli had inagurated the summit amid a special function on Friday morning.

The summit has witnessed the participation of over 600 foreign investors including high-level delegates from 40 countries.

KATHMANDU, March 29: The government has requested all investors attending the ongoing Investment Summit to invest in Nepal. ... Read More...

KATHMANDU, March 29: The Nepal Investment Summit 2019 is currently underway at Hotel Soaltee in the capital. As part of... Read More...