With a $125,000 grant from ADB Ventures, the Asian Development Bank’s (ADB) venture capital arm, the company aims to reduce the industry’s harmful impact on the environment and health. The grant also gives ADB Ventures the option to make a future equity investment in the Good Bricks System. 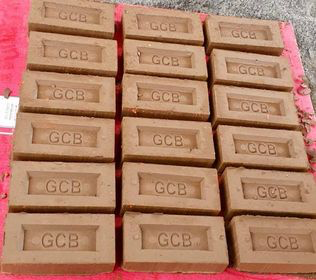 An automated non-fired, eco-friendly, labor friendly brick is manufactured with three components: soil (90%), cement (9.8%), and soil stabilizer (0.2%). This technology has been successfully adopted in Nepal by Gorkha Innotech Pvt. Ltd. in Chayanglingtar, Gorkha. Their bricks have the required strength of minimum 8MPa and meet international criteria for ‘A’ grade soil bricks. In an hour, a machine can produce 3,500 bricks and in a month it can easily produce more than a million bricks.

The process emits no pollution since it is produced by machines that run on electricity, and it also requires fewer people; approximately 20 workers per shift in a manufacturing site. Since the brick is manufactured indoors, the Sun, rainfall and other adverse weather do not impact its production. It can be produced throughout the year.

InnoCSR Nepal has so far tested more than 200 different types of soil across Nepal, and found that 95% or more of the soil samples fit the Good Bricks feasibility criteria. In a separate drop and lab tests, Good Bricks were found to be stronger, compared to fired bricks. The Good Bricks are sent to the market after 5-7 days of production and curing, as a result the productivity of Good Bricks increases 10 times, considering that it takes normally 28 days to produce a normal brick. 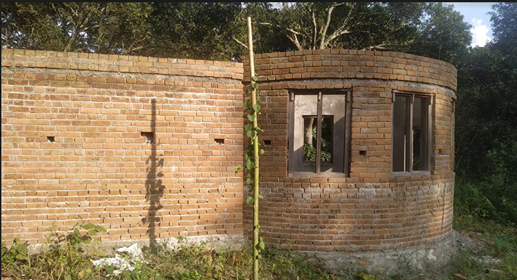 Also, a compressive strength test (CST) report showed that Good Bricks has more than 8MPa strength, meeting the global standard (8MPa) and exceeds the government of Nepal’s standard for fired bricks. “It is cost-competitive compared to traditional bricks and reduces production time by six-fold with a better quality. It also cuts greenhouse gas emissions and improves working conditions for employees,”says Professor Prem Nath Maskey of the Institute of Engineering at Tribhuvan University, 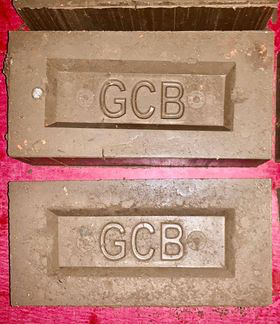 The cost of production of Good Bricks is about the same or lower compared to the traditional fired bricks. The expected profit, due to productivity increase, is much greater for brick manufacturers. The yearly average production of Good bricks is 10 ~ 20 million bricks per machine depending upon working hours. The Good Bricks System hopes to revolutionize the bricks industries in Nepal, and provide safe, strong and reliable bricks to construction projects across the country together with all the brick manufacturers.

KATHMANDU, Dec 12: The Office of the Investment Board of Nepal (IBN) has signed an initial agreement with a South... Read More...

Govt under pressure to transfer funds from development projects to non-budgetary headings: Finance Ministry
7 hours ago

We’ve brought in wave of development in the country: PM Oli
18 minutes ago