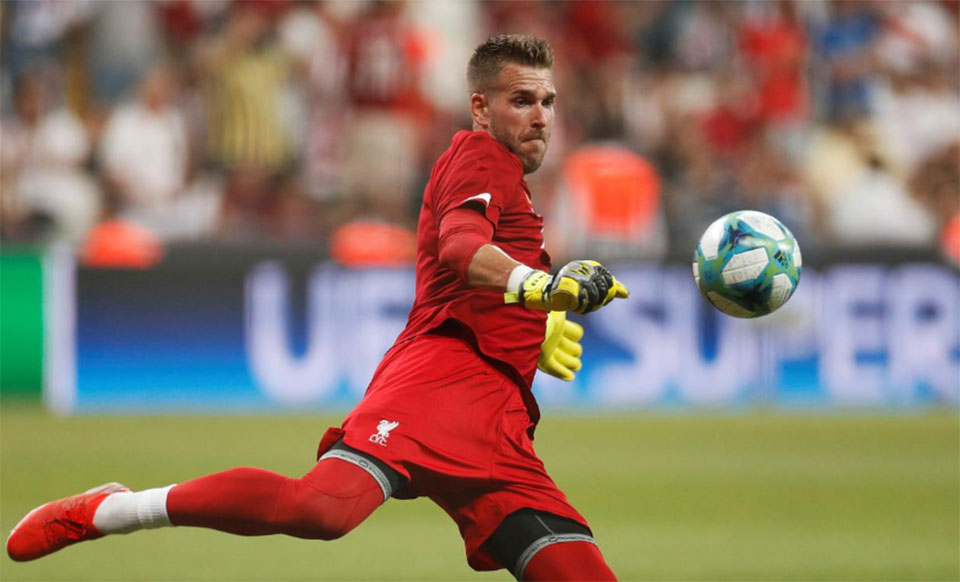 Adrian, signed on a free transfer earlier this month, only came into the side to fill in for first-choice keeper Alisson who suffered a calf injury in the opening Premier League victory over Norwich City last week.

The Spaniard became a club hero only days after joining by blocking Tammy Abraham’s penalty to hand Klopp’s side a 5-4 shootout victory on Wednesday.

However, he was left with a swollen ankle after a supporter who invaded the pitch to join in their celebrations slipped and kicked his foot.

“When we were all together (celebrating after the match), a supporter jumped over something, was chased by some security guys, slipped and kicked his (Adrian’s) ankle,” Klopp told a news conference.

“So yesterday it was swollen — today it is better, but we have to see... it would help him a lot if it was 100% clear he can play tomorrow... it’s not funny.

“He will not go for a scan. We wait for the swelling to go down. It went down already. You can imagine, you have that and then you fly four hours back and that doesn’t help swelling.”

The setback leaves Liverpool short of their two main keepers, but Klopp said back-ups Andrew Lonergan and Caoimhin Kelleher were ready if needed.

“We need to think about Saturday to find a way to win the game. Andy Lonergan is in training with Kelleher and we have them if we have to make a decision,” Klopp said.

“Adrian was a week before, Lonergan has trained with us. Kelleher has potential but is not 100% yet. We’ll see.”

Midfielder Naby Keita was also ruled out after picking up a muscle strain ahead of the clash with Chelsea.

Mane and Firmino give Liverpool 2-1 win at Southampton

Liverpool's Alisson out injured for 'next few weeks', says Klopp