Liverpool's Alisson out injured for 'next few weeks', says Klopp 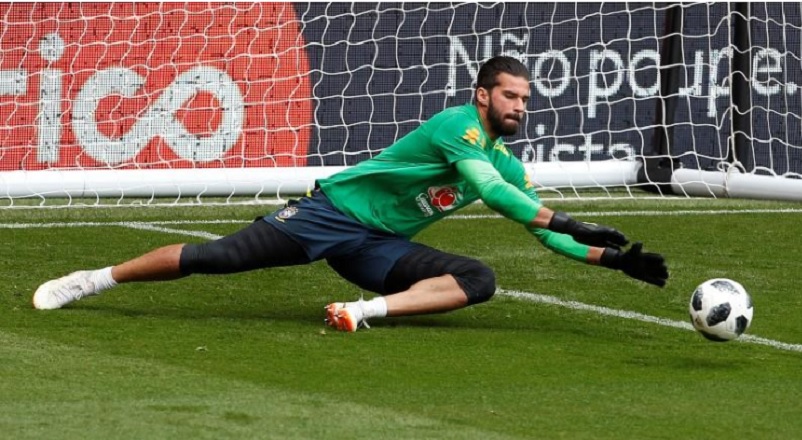 Alisson was injured and substituted during the first half of his side’s 4-1 win against promoted Norwich City last week when he slipped and went down holding his calf before he was helped off the field by support staff.

Klopp had confirmed that the injury would keep the Brazilian out of contention for Wednesday’s UEFA Super Cup clash against Chelsea with new recruit Adrian, who made his Liverpool debut when he replaced Alisson, set to play in goal until his return.

"(It's) not too cool. It's a calf injury which takes him obviously out for a while," Klopp told Liverpool's website here. "I don't want to make (an) exact prognosis on when he will be back but it will not be Wednesday for sure.

“We have to see. It takes a while, it takes a couple weeks for sure. I saw already like ‘six weeks’ and stuff like this, but Ali was not a lot injured in his career.

“So I would like to wait a little bit to see how he develops in that process now, but he is not in for the next few weeks.”

Following the Super Cup match in Istanbul, Liverpool travel to Southampton for their second league match on Saturday.

If Liverpool upset the odds and pip Manchester City to the Premier League title on Sunday, the silver trophy they... Read More...