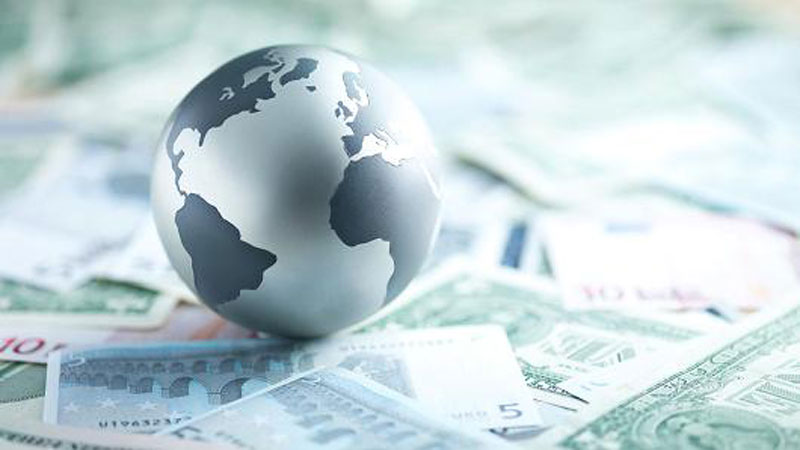 Barring the worst-case scenario under Trump, it is possible that the slowdown in global trade in recent years will turn out to be a temporary phenomenon
Disconcerting political developments in the United States and the United Kingdom might lead one to conclude that an already challenged world economy will struggle even more in the near term. But as we continue into 2017, the cyclical evidence actually suggests otherwise.

Since my days as Chief Economist at Goldman Sachs, I have kept an eye on six indicators from around the world that, taken together, provide a reliable snapshot of what the global economy will look like for the next six months. Right now, all six indicators show more promise than they have for some time, and only one of them has fallen slightly from a recent high.

The first indicator is weekly unemployment claims in the US, from which one can gauge the overall strength of the US economy. Economists are rightly trained to treat unemployment as a lagging indicator, but these data can also be useful in forecasting the near future. US jobless claims are always up to date, because they are produced weekly, and statistical evidence suggests that they are a leading indicator for US equity prices. As of last week, jobless claims remained rather low, as they have for some time, which bodes well for US stock markets.

Similarly, the Institute for Supply Management Manufacturing Index provides a pretty good preview of the US economy for the next 3-6 months, even though manufacturing comprises a relatively small share of GDP. Like the latest jobless claims, the ISM’s numbers are currently giving cause for optimism.

A third indicator is a subcomponent of the same ISM survey: manufacturers’ new orders and inventories. Currently, new orders are increasing and inventories are low, which suggests that businesses will have to produce more in the coming months to satisfy those orders.

Looking beyond the US, a fourth indicator is the ratio of Chinese retail spending relative to industrial production (adjusted for inflation). These figures give us a glimpse of both cyclical trends and China’s structural rebalancing away from exports and toward domestic consumption. This will arguably be one of the most important indicators for both China and the rest of the global economy for years to come.

The ratio of Chinese monthly retail sales to industrial production, while erratic, has been slowly trending higher since 2008, and there appears to have been another uptick in consumption recently. This is why I am less worried than others about frequently cited risks confronting the Chinese economy. Chinese consumer spending has remained strong despite the slowdown in industrial output and investment and the government’s efforts to constrain spending on luxury goods.

Some might object that Chinese data cannot be trusted. But I do not see why the data on one side of the ratio would be any more or less reliable than data on the other side. Why would Chinese officials fiddle with consumption data while allowing the industrial-output figures to register a decline. In any case, we have to work with what we have.

A fifth indicator is South Korean trade data, which is consistently reported on the first day of each month after trades occur—faster than any other country. South Korea has an open economy and trading partners around the world, including the US, China, Japan, and the European Union, so one can extrapolate from its trade data to draw conclusions about the state of global trade.

After trending down in recent years, South Korean trade since November has shown signs of recovering, notably in terms of export growth; and in January, it bounced back significantly. To be sure, this finding is at odds with all of the eulogies for globalization that one hears these days, and Donald Trump’s decidedly protectionist administration in the US could now send global trade into a long retreat. But South Korea’s recent data suggest that globalization still has some life left in it, and that 2017 is off to a decent start.

In fact, barring the worst-case scenario under Trump, it is possible that the slowdown in global trade in recent years will turn out to be a temporary phenomenon. It may have been a singular occurrence that reflected a variety of factors, including the euro crisis; continued economic weakness in many European countries; the sharp decline in commodity prices; dramatic slowdowns in Brazil, Russia, and other emerging economies; and tighter regulations for international banks, which might have hindered trade finance.
The last key indicator is the monthly Ifo Business Climate Index in Germany, which contains useful cyclical data for Europe overall, owing to Germany’s centrality in the continent’s economy. The Ifo survey has reported positive results in recent months, although the data were more promising in December than in January.

Taken together, these six indicators suggest to me that the global economy might now be growing at a rate of more than four percent. This is the fastest growth in a number of years—although the last decade’s average growth rate of 3.3 percent was barely lower than the rate in the previous decade—and close to the pace of the previous two decades before that. At the same time, the six indicators cannot tell us anything about what will happen after the next few months. It is an open question whether global economic growth will remain strong, strengthen further, or start to weaken.

It has been interesting to watch growth accelerate in the face of shocks such as the UK’s Brexit referendum and Trump’s election. And yet it is unclear why this is happening.

Some might say the trend is a result of policy decisions in the US and UK, but far more would probably say that it is happening despite those decisions. Unfortunately, there are no indicators that provide an answer to this question—only time will tell.

The author, a former chairman of Goldman Sachs Asset Management and former Commercial Secretary to the UK Treasury, is Honorary Professor of Economics at Manchester
University and former Chairman of the British government’s Review on Antimicrobial Resistance

As long as China and the US are doing fine, the global economy can be expected to sustain annual output... Read More...

Nepal to be positioned in global map to attract FDI