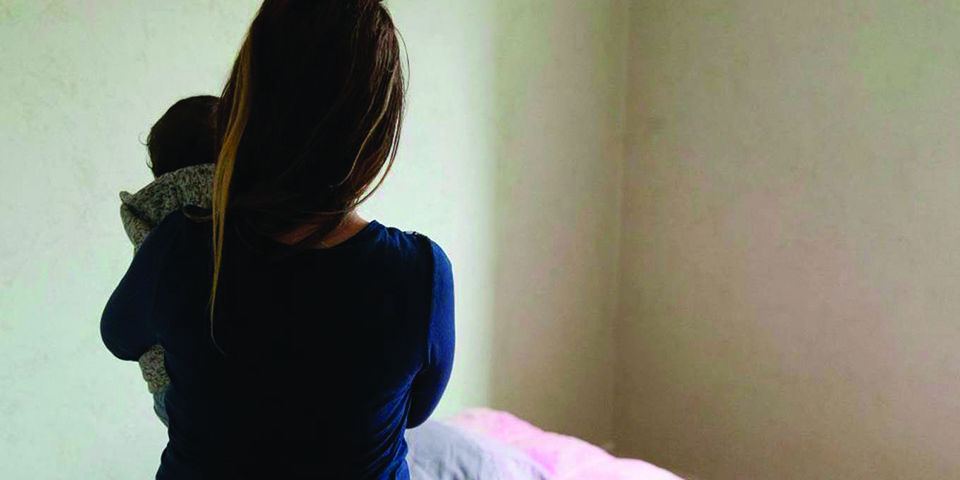 The cost of domestic violence adds up to an astonishing 5.2 percent of global GDP each year

PRAGUE – Domestic violence costs the world 25 times more than war and terrorism, according to research conducted by James Fearon of Stanford University and Anke Hoeffler of Oxford University on behalf of the Copenhagen Consensus Center.

By looking at different kinds of violence, Fearon and Hoeffler find that the global costs of conflict—including the economic toll of deaths from wars and terrorism, refugee-related outlays, and general pecuniary damage—add up to around 0.2 percent of global GDP each year.

In recent years, domestic violence has come into sharper focus in India, where shocking stories of extreme brutality have made headlines around the world. Because India is home to approximately one-fifth of the global population, finding scalable solutions to the problem there could have far-reaching implications for the rest of world.

Like many countries, India’s gender inequalities are deeply entrenched. Yet, given the sheer size of its population, any meaningful reduction in domestic violence could transform millions of lives for generations to come. The most recent National Family Health Survey conducted in India showed that 29 percent of married women aged 15-49 had experienced spousal physical or sexual violence. That means that millions of Indian women will likely suffer domestic violence this year alone.

In the coastal state of Andhra Pradesh, the Copenhagen Consensus Center recently collaborated with Tata Trusts, one of India’s oldest philanthropies, to identify the best policy options for solving the state’s biggest challenges. More than 30 researchers, including Nobel laureate Finn Kydland, examined a host of local issues ranging from the indebtedness of ultra-poor farmers to educational quality, tuberculosis rates, and adolescent mental health. Among these important issues, two of the top-ten policies that we identified dealt with domestic violence.

Among the various approaches to tackling domestic violence, very few are backed by empirical evidence of effectiveness. But new research from Srinivas Raghavendra, Mrinal Chadha, and Nata Duvvury of the National University of Ireland Galway have identified two proven approaches that involve not just a safety-net response to domestic violence, but also efforts to change public attitudes.

One approach is based on the SASA! project, which works with entire communities to raise awareness about how men’s use of power over women can both fuel violence against women and raise HIV/AIDS rates. SASA! shows how individual communities themselves can reduce the social acceptability of violence. The approach was pioneered in Uganda, and has now been used in more than 20 countries, at a cost of just $15 per person.

The other intervention, which has proved effective in South Africa, combines microfinance loans to women with training about domestic violence, gender norms, sexuality, and women’s rights. While microfinance ensures that women have the practical means to support themselves, the additional training furnishes them with the means to improve their physical and emotional wellbeing.

Based on the evidence, the NUI Galway researchers find that these models could be adapted for Andhra Pradesh, where 1.7 million women aged 15-59 live below the poverty line and have been in a partnership within the past year. (Domestic violence affects women of every income level, but these programs’ particular focus is on lower-income women.) The total cost to administer these programs would be $23.5 million and $19.5 million, respectively.

Extrapolating from the results of a self-reported survey suggests that more than 500,000 of these 1.7 million women will be assaulted by a partner each year. And, based on previous studies, each of these women will likely experience physical abuse not just once or twice, but eight times every year, on average.

Now, consider that both of the programs in question have been shown to reduce domestic violence by around 55 percent, and that the benefits are estimated to last at least four years. Either program on its own could save more than ten lives each year, while preventing a far greater number of physical injuries.

Moreover, the costs of abuse do not stop there. Surveys show that each domestic assault incapacitates a woman for an average of around 5.5 days. The economic costs of such violence, then, can be estimated by adding up the loss of paid work, along with the value of unpaid domestic work and free time.

Using this approach, the NUI Galway researchers show that reaching those 1.7 million women in Andhra Pradesh could create total benefits worth about $550 million. Each dollar spent would produce more than $27 worth of social benefits, owing to the reduction in suffering.

These findings, along with other recommendations on education and nutrition policies, have been presented to Andhra Pradesh’s chief minister, Nara Chandrababu Naidu, who has requested an action plan. The evidence indicates that many other Indian states and countries around the world could learn from Andhra Pradesh’s experience. Future generations of women and girls would benefit, and so would the entire economy.