Give credit where due 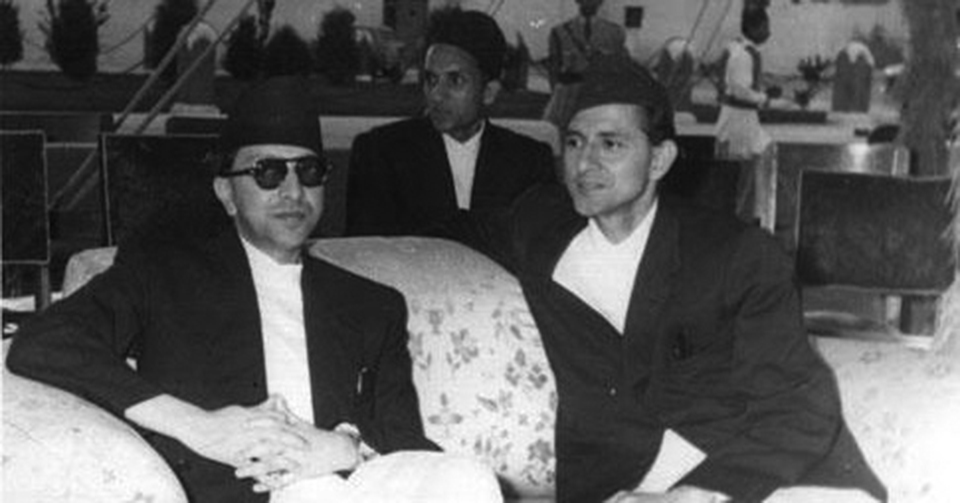 Present day political leaders and self-declared intellectuals revel in demonizing King Mahendra as a dictator. Let’s not be so thankless to the King who created a foundation for us to stand on

It appears that not only politicians of post-90 era, but also a number of pseudo-intellectuals and writers have of late joined the bandwagon of condemning what they derogatively call Mahendra Raastrabaad (Mahendra’s nationalism). But their arguments seem more mundane and run-of-the-mill like. They seem more haunted by Mahendra’s nationalism and fail to provide any logic or justification on how his brand of nationalism harmed the country. Is it because he imposed his kind of a system in place of multiparty democracy?

But look at how many good things King Mahendra did for the country. Turning complete blind eyes to his achievements, these so-called  highbrow intellectuals and writers, just like our failed political leaders,  believe rather that only a nationalism  moored in condemning the contributions of, among others,  Prithvi Narayan Shah,  Jung Bahadur Rana and late King Mahendra can be enduring for Nepal.  They lose sight of the fact that those national personalities have, in their own respective ways, contributed immensely to building, expanding, preserving and protecting Nepal’s territorial integrity and national independence, even in the face of formidable odds.

Real intellectuals and informed writers are those who provide balanced views and judgments.  They give credit where it is due even to their sworn enemies.

Surely, founders of Nepali nation were men with flaws but they were certainly much taller than most of the present-day politicians if we measure them in terms of their deeds. We need to judge King Mahendra based on his contributions for the country in an impartial and objective manner.

When I read about BP Koirala and King Mahendra, I often wonder what the socio-economic profile of the country would have been like, if only those two great visionary leaders were to work together. BP was undoubtedly an acclaimed intellectual, renowned internationalist and a democrat. Besides being an impeccable democrat, he was an idealist, a visionary, a thinker and philosopher.  His thoughts and visions were far ahead of his times. He was more of a political dreamer.  But King Mahendra was also, without a shadow of doubt, a remarkable monarch, in his own rights. Perhaps he was not as talented as BP but unlike BP, he was very tactful. Because BP was talented, his thoughts emanated from his heart. Mahendra, tactful as he was, listened to the dictates of his mind. Most often tactful, more than talented, leaders have been successful in politics. When historians and political analysts evaluate and assess these two great persons they should never shy from giving credit, where it is due, to both of them. For enlightened and informed people are those who always make efforts to give credit, where it is due, even to their formidable foes.

Even Lord Rama, recognizing the immense wisdom and foresight of his foe, had sent Laxman to seek advice from dying Ravana. This shows not only his big and forgiving heart, but also his wisdom and large-heartedness in recognizing, respecting and learning from the wisdom of his inveterate foe.

But our present day political leaders and self-declared intellectuals and thinkers revel in unequivocally blaming late monarch for the death of democracy and the institution of monarchy for all the economic and social woes of the country. Far from recognizing some of his good works, they, who have done little or nothing good for the country, continue to demonize him as a dictator.

The truth of the matter is that he was not an absolute dictator, nor an authoritarian ruler.

He only wanted to dictate the pace of development in his own terms. Current day leaders have proved with their deeds how greedy, wicked and unaccountable they can become.  In fact, they are posing risk to our democracy.

Steven Levitsky and Daniel Ziblatt in their recent book How Democracies Die explain how so-called democratic leaders themselves endanger democracy. “In the past, all would tend to think that democracies often stood threatened at the hands of men with guns. Now there is another way to break democracy that is through electoral road,” they argue. They say that electoral road to breakdown of democracy may look less dramatic but it is deceptive and therefore very dangerous and destructive. “Like in a military coup, there will be no tanks in the streets, no presidents or prime ministers get killed or imprisoned. Nor a constitution is suspended or scrapped. People still vote,” they mention.  “Elected autocrats maintain a veneer of democracy while eviscerating its substance.  In essence, democracies may die at the hands not of generals but of elected leaders—Presidents and Prime Ministers who subvert the very process that brought them to power, as Hitler  did in 1933 in Germany and Hugo Chavez as recent as 2006 in Venezuela.”

Late King Mahendra may have his own flaws, as we all have, but he has done many good things for the country. They include construction of East-West Highway running from Mechi to Mahakaali to connect east Nepal with the west. Kodari-Kathmandu Highway marks another of his grand vision to connect Nepal with China. These two great infrastructures have had far-reaching and enduring geo-political and socio-economic implications for Nepal.

His modernization efforts were not only limited to domestic fronts. He should be credited for providing Nepal with a vantage point through which to look to the outer world. He helped expand and diversify Nepal’s foreign policy, both in orientation and practice. The far-reaching and enduring geo-political implications of milestone decisions are obvious to everyone.

We must all be thankful to the late monarch for creating a foundation for Nepal to stand on. Let us be thankful to him for his contribution to the nation.

The author is Former Chief of Protocol, Ministry of Foreign Affairs

In difficult times of identity crisis and loss of dignity, uselessness of art comes quite handy. Arts help endure whatever... Read More...