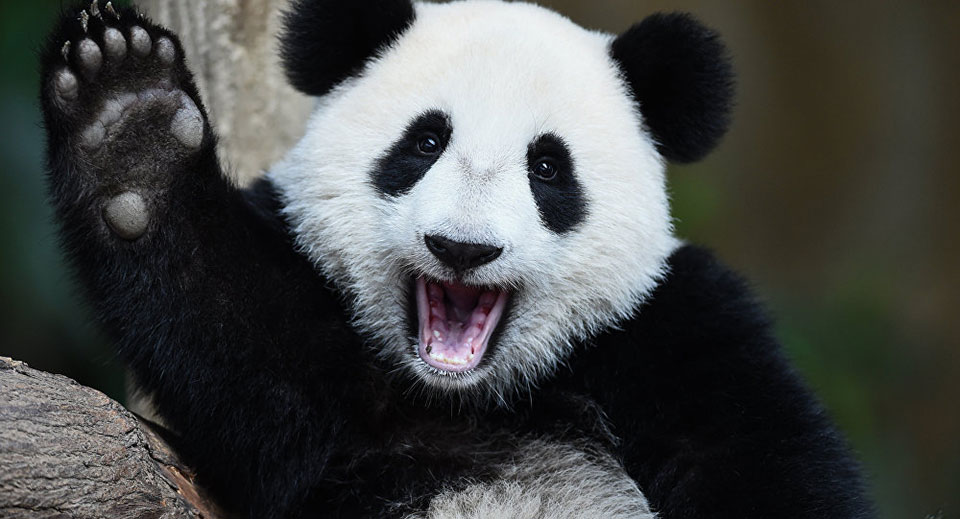 BEIJING, Aug 18: Thanks to extensive conservation efforts, Chinese researchers announced Thursday that the giant panda was no longer threatened with extinction.

According to data from the State Forestry and Grassland Administration, the number of giant pandas living in the wild is 1,864, an increase of 750 from 1,114 in the 1970s. Of that total, 518 live in captivity.

That number will be adequate to "preserve 90 percent of genetic diversity of the species for 200 years," an official at the China Conservation and Research Center for the Giant Panda told Xinhua.

The giant panda was actually removed from the endangered species list in 2016 by the International Union for Conservation of Nature, being recategorized as "vulnerable," Asia Times reported.

A number of measures have helped pandas, which are notoriously bad at breeding and picky in their diets, to recover their numbers in their mountainous habitat in central China. Officials at the Wolong National Nature Reserve in Sichuan have developed the giant panda gene pool by creating an advanced sperm and stem cell bank to help with artificial insemination of pandas, a common procedure, since female pandas can only become pregnant with three days of ovulation, Sky News noted.

China has also increased the number of nature reserves from 15 in the 1970s to 67 today, with the panda's habitat nearly doubled to 2.58 million hectares. That places around two thirds of China's giant panda population under protection. The country is also planning a 27,000-square-kilometer national park for pandas, Yang Chao, an official of the National Forestry and Grassland Administration, said at a news conference Thursday.

Giant pandas live mainly in Sichuan, but also in the neighboring mountainous provinces of Shaanxi and Gansu.

JUMLA, June 6: Locals of Karnali Province have formed a special block in Patarasi Rural Municpality-7 of Jumla for monitoring and... Read More...