Germany’s crisis of the right 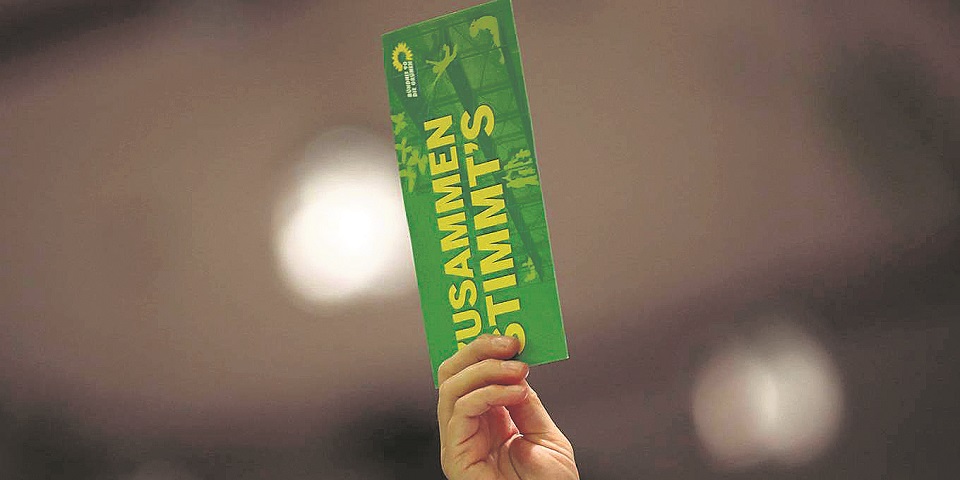 Carolin Roth is a freelance anchor and reporter for CNBC
news@myrepublica.com

Even more pressing question is whether Merkel’s ruling coalition with the Social Democratic Party (SPD) will now collapse, plunging Germany into a serious political crisis

LONDON – An earthquake is shaking Germany’s normally placid political scene, after elections last October in the eastern state of Thuringia produced a stalemate that remained unresolved until early this month, when a liberal underdog was elected minister-president with help from the far-right Alternative für Deutschland and local Christian Democratic Union politicians. The CDU’s cooperation with the AfD constituted a major breach of the post-war German consensus ruling out mainstream parties’ cooperation with the far right, and generated bitterness across the political spectrum.

Several state-level officials subsequently resigned, but the biggest shock came on February 10, when Annegret Kramp-Karrenbauer, the CDU’s national leader and Chancellor Angela Merkel’s designated successor, abruptly quit. AKK, as Kramp-Karrenbauer is widely known, fell because she had failed to stop Thuringia’s CDU politicians. But she already had made several blunders since becoming party leader in 2018 (including commenting about the need to censor the Internet) and as Merkel’s defense minister (proposing a solution to the Syrian-Turkish conflict without consulting the foreign minister). As a result, her approval rating in the polls had plummeted long before the Thuringia vote.

AKK’s resignation has reopened the search for Merkel’s potential successor. Those who already sense an opportunity include Health Minister Jens Spahn, politician-turned-financier Friedrich Merz, and Armin Laschet, the premier of North Rhine-Westphalia, Germany’s most populous state. With a parliamentary election due in 2021, the CDU will need to elect a new leader by the end of this year—and AKK has made it clear that this person also should be the party’s top candidate for chancellor.

But an even more pressing question is whether Merkel’s ruling coalition with the Social Democratic Party (SPD) will now collapse, plunging Germany into a serious political crisis. The CDU-SPD alliance is at best an uneasy and uncomfortable marriage, and was necessitated by the surge in support for the AfD in the September 2017 general election. Apart from agreeing on a package of climate policies last autumn, the government has chalked up few successes.

Moreover, the crisis in the CDU comes on the heels of the SPD’s own implosion. Olaf Scholz, the finance minister and vice chancellor, suffered an ignominious defeat in his bid late last year to become the SPD’s co-leader. That result seems to have ended Scholz’s ambitious plan for a eurozone banking union. Making matters worse, support for the SPD has fallen to a post-war low of 13 percent—leaving the party with little to no chance of being in the next government.

The SPD will likely be replaced by the resurgent Greens, who have enjoyed a remarkable rally in the polls since the May 2019 European Parliament elections. Over the last year, the duo at the party’s helm—Annalena Baerbock and Robert Habeck—have increasingly been mooted as potential future leaders of Germany. Habeck currently is the country’s second most popular politician, just behind Merkel.

If the CDU’s current crisis persists and the party fails to win the largest share of the vote in the next general election, then the coveted right to nominate the chancellor will most likely fall to the Greens. A green-black coalition government in which the CDU was the junior partner would be a political first in Germany, and highly unpalatable for the party.

Given that prospect, leading CDU figures have warned against internal wrangling, and emphasized the need for steady leadership and continued collaboration with the SPD until the 2021 election. Forming the CDU-SPD government took unnecessarily long in the first place, annoying the electorate and fueling a sense of political paralysis in Germany. A breakdown of the coalition would seriously harm both parties and alienate voters even more.

Other European governments are watching these developments with concern. Hopes were high that Germany, which holds the European Union’s rotating presidency in the second half of 2020, would be a guiding light for other member states, especially on climate change, migration, and the bloc’s future trading relationship with the United Kingdom. But if German political leaders are preoccupied with internal power reshuffles, they probably will devote very little energy to EU-level issues.

Finally, the political debacle triggered in Thuringia has implications for Merkel’s legacy. With her 16-year reign as chancellor set to come to an end in 2021, there were already fears that Germany was politically rudderless, lacking vision, and no longer the voice of reason within the EU that it used to be. Merkel still enjoys high popularity ratings and respect both at home and abroad, notwithstanding her controversial 2015 decision to admit more than one million mainly Syrian refugees to Germany. Recently, however, she had noticeably stepped back from domestic politics with the intention of pushing AKK into the limelight. That decision has now obviously backfired. By backing the wrong candidate to succeed her as chancellor, Merkel has lost some of her hard-earned clout.

Germany is thus at a crossroads. Its economy is sputtering—GDP grew by only 0.6 percent last year—and desperately needs new impetus. Indeed, for all its engineering prowess and reputation for efficiency, Germany has fallen behind on digitalization and electrification, as well as on its climate goals. The next government will face the task of kick-starting the economy and accelerating digitalization and application of artificial intelligence, while also keeping the country on track to meet its goal of achieving carbon neutrality by 2050.

With both of Germany’s ruling parties now in turmoil, a quick resolution to the CDU’s leadership crisis is essential. Prolonged paralysis could be highly damaging for both Germany and Europe.

Carolin Roth is a freelance anchor and reporter for CNBC
© 2020 Project Syndicate
www.project-syndicate.org

BERLIN, Dec 31: Germans have rarely been so divided about the changes taking place in their society, the country’s long-time... Read More...

MUENSTER, April 8: A van crashed into people drinking outside a popular bar Saturday in the German city of Muenster,... Read More...