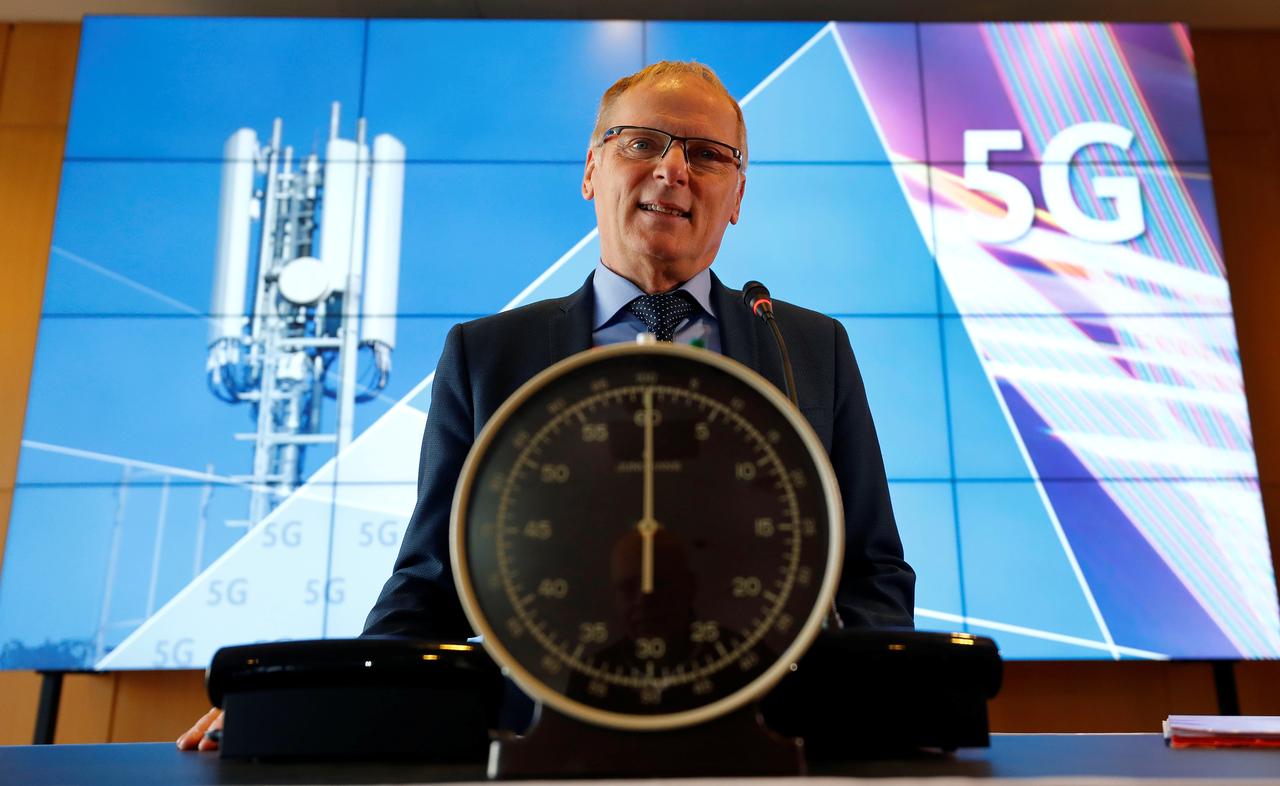 Four firms are vying for 41 blocks of spectrum in the 2 GHz and 3.6 GHz bands that are suited to running ‘connected’ factories - a priority for Europe’s largest economy as it seeks to remain competitive in the digital age.

“It is important for us that we have a focus on industry, and on better coverage,” Jochen Homann, head of the Federal Network Agency (BNetzA) said ahead of the auction.

Germany’s three network operators - Deutsche Telekom, Vodafone and Telefonica Deutschland - have been admitted into the auction.

Also participating is 1&1 Drillisch, a virtual mobile operator controlled by United Internet that wants to run a fourth network.

Bid teams surrendered their smartphones on entering the former army barracks in the southwestern city of Mainz where the auction is being held. They are bidding via a secure network from separate rooms and can only discuss strategy with their head offices via fax.

All 41 blocks will be auctioned simultaneously, with results posted online after each round. The government hopes to raise billions from the auction - a 4G auction in 2015 collected 5.1 billion euros ($5.8 billion) - which is likely to go on for weeks.

After months of uncertainty, the auction went ahead after a court last week threw out lawsuits from the operators, who had complained that a requirement to provide high-speed coverage to 98 percent of households by 2022 was too onerous.

Germany opted instead to impose tighter compliance requirements on all vendors, creating a level playing field and allaying the concerns of the operators - all of which already use Huawei equipment - that they would have to replace parts of their networks at great expense.

“The same rules apply, whether you are from Sweden or China,” Homann told reporters.