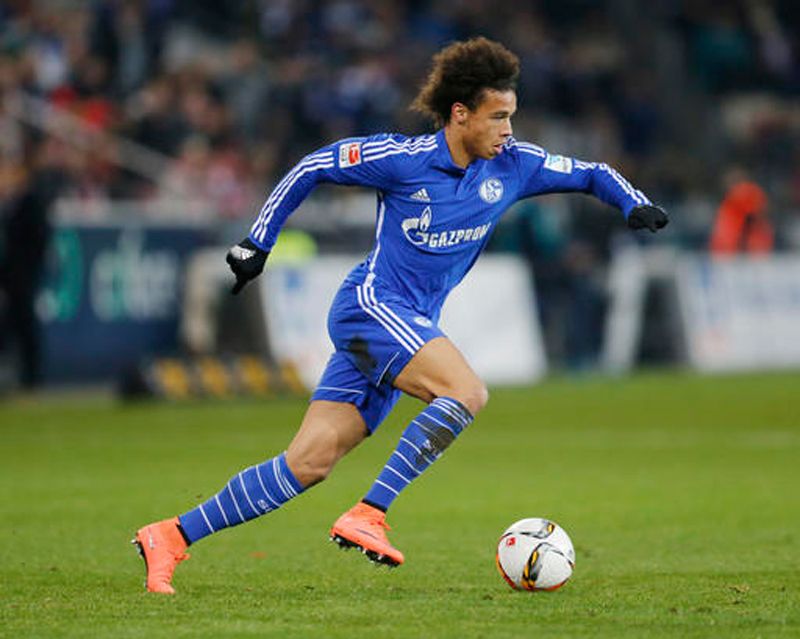 The 20-year-old Sane joined City for a reported $49 million, making him the most expensive German player ever and the costliest signing by a Premier League team this offseason. The English club didn't disclose the transfer fee.

Germany midfielder Ilkay Gundogan, Spain forward Nolito and Ukraine attacking midfielder Oleksandr Zinchenko are the other main signings since Guardiola took over as coach in June. City has also been heavily linked with a bid for Everton center back John Stones, who is thought to have a price tag of about $66 million.

Sane, who can play anywhere across the front line and is one of Europe's most highly rated young players, said the presence of Guardiola was key to him joining City.

"I followed Pep at Barcelona and at Bayern where he achieved a lot and worked really well with young players," Sane said. "I think he can make me a more complete player.

"I think I will need a bit of time to start with because it's another league and there's a different style of play but I think I can adapt very quickly."

Sane played 42 games for Schalke last season, scoring nine goals. He also broke into Germany's national side and was a member of the squad at this year's European Championship.

He will compete for a place in City's attacking lineup with Nolito, Raheem Sterling, Kevin De Bruyne and Jesus Navas.

Guardiola described Sane as "a special talent and an exciting player."

"There is much to admire about the way he plays football," the Spanish coach said. "He is fast, enjoys creating chances for others, works hard for the team and scores goals, too."

Schalke signed Baba Rahman on a season-long loan from Chelsea. The Ghanaian left back failed to establish himself as a regular in his only season in the Premier League.

MANCHESTER, Sept 15: Sergio Aguero kept up his explosive start to the season by scoring a hat trick for Manchester... Read More...

Why the U.S. military would welcome a decisive 2020 election win
16 hours ago