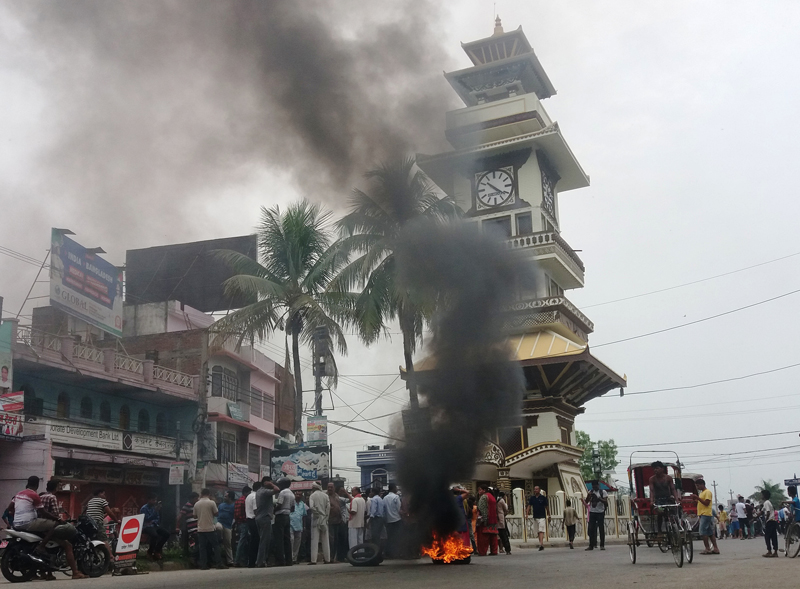 RJPN  cadres have taken the street in Nepalgunj from early morning. The number of demonstrators has increased today in comparison with the first two days of general strike.

Demonstrators have burnt vehicle tires on the road.

RJPN has enforced general strike from June 13. As per its announced strike schedule, it will last until June 16.

Talks among RJPN, the ruling parties  and opposition party are going on amidst general strike.

ILAM, June 24: Life in Darjeeling has been thrown out of gear after the continuation of prolonged general strike since about... Read More...

Kathmandu, March 10: The impact of the general strike called by the United Democratic Madhesi Front (UDMF) has been minimal... Read More...