Kathmandu, Sept 9: President Bidya Devi Bhandari on Sunday appointed Purna Chandra Thapa as the new Chief of Army Staff on the recommendation of the Council of Ministers.

The President, who is the Supreme Commander-in-Chief of the Nepal Army, administered the oath of office and secrecy to Thapa amidst a function held at the President’s Office, Sheetal Niwas today.

The Cabinet on August 9 had recommended Thapa to the post.

Gen Thapa succeeded Rajendra Chhetri, who completed his tenure as the chief of the national army today itself.

After taking the oath of office, Gen Thapa assumed office as the 43rd CoAS. 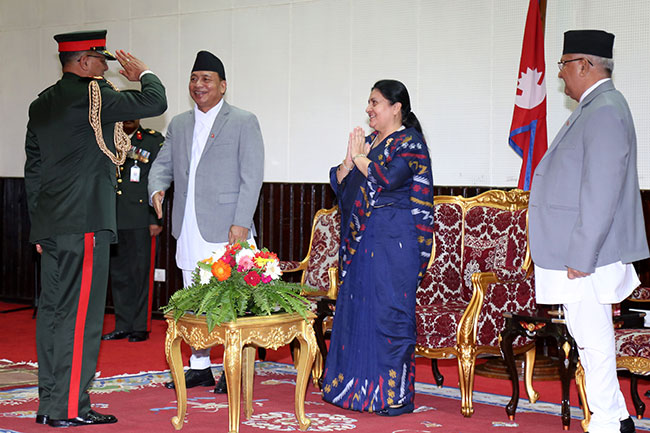 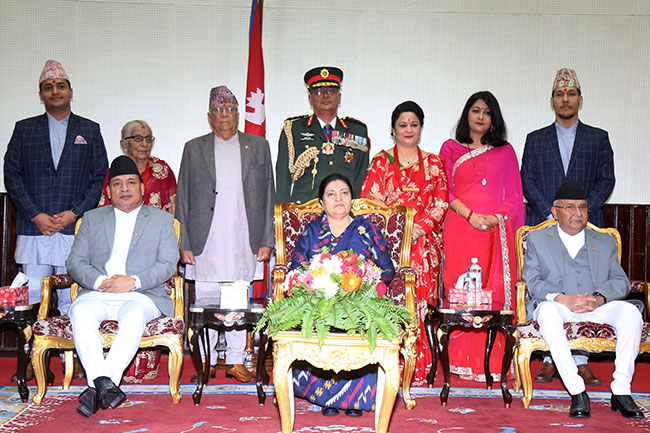 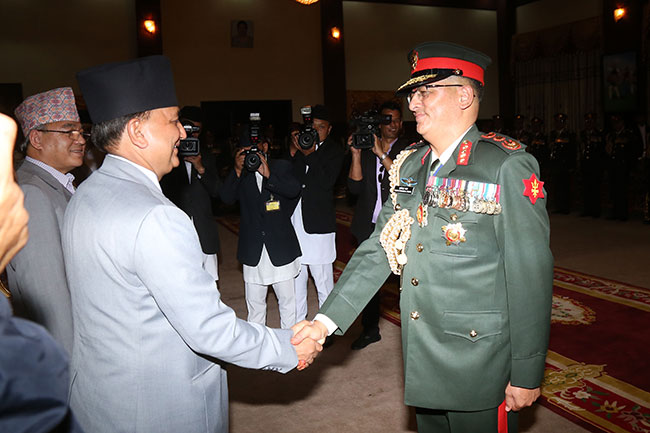 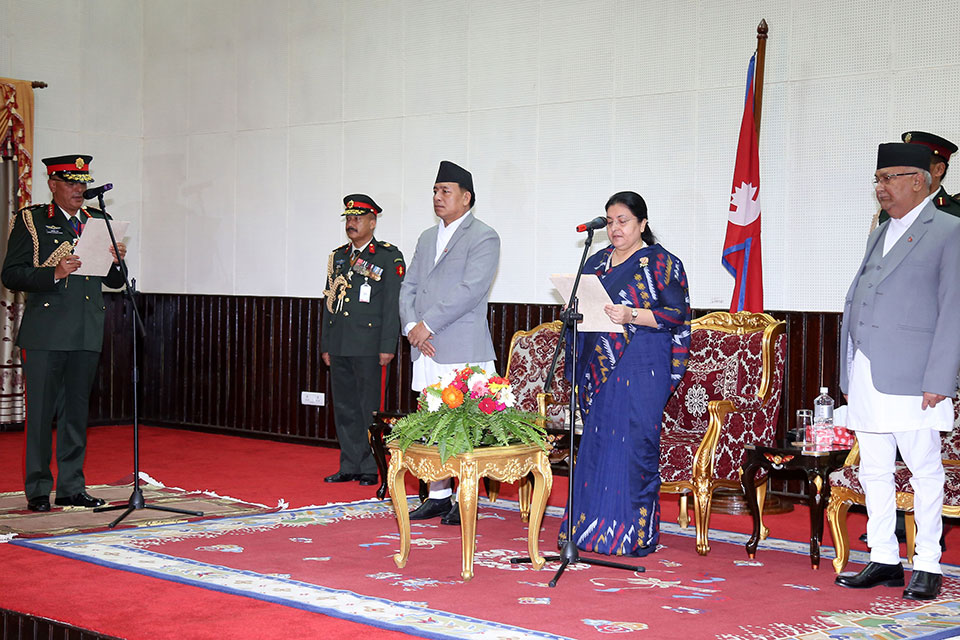 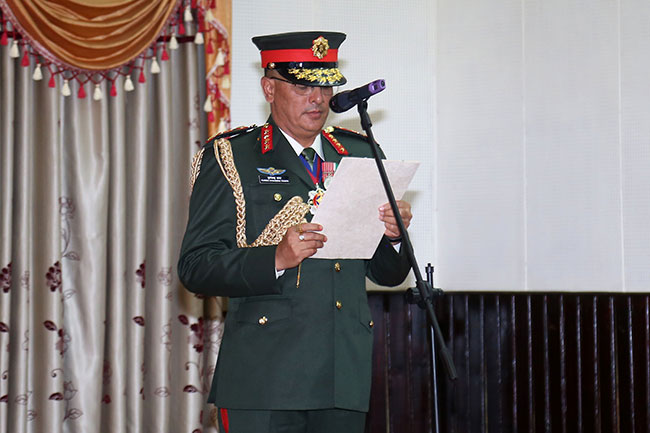 KATHMANDU, June 14: Chief of the Army Staff Purna Chandra Thapa is leaving for China on a week-long visit on... Read More...