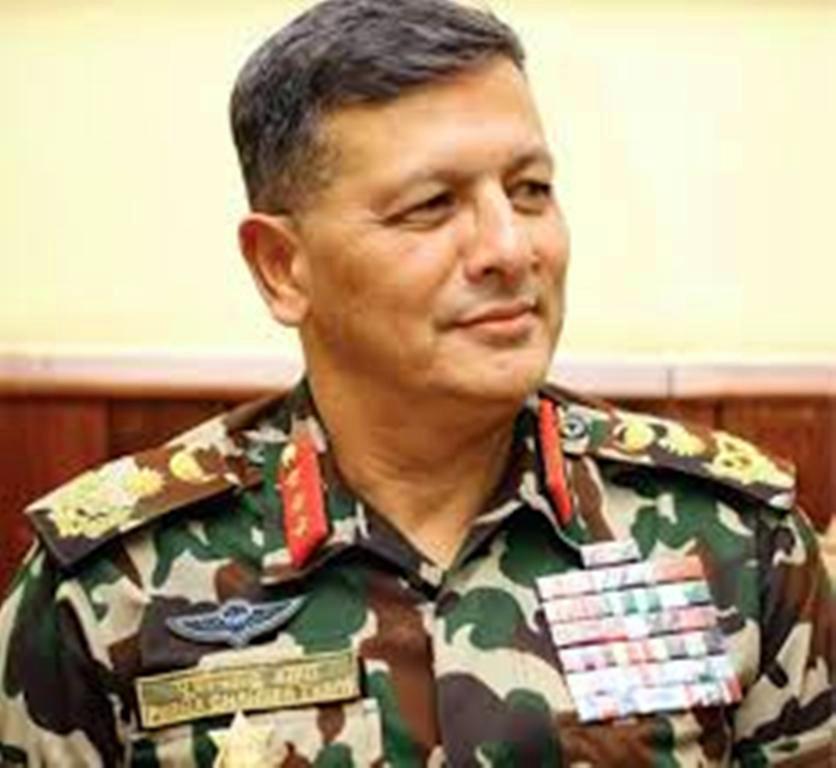 KATHMANDU, June 14: Chief of the Army Staff Purna Chandra Thapa is leaving for China on a week-long visit on June 16, the Nepal Army Headquarters said on Friday.

This is the first official visit of Thapa to the northern neighbor since he reached at the helm of the Nepal Army in September last year.

Leading an eight-member delegation, CoAS Thapa will reach Beijing after visiting Sichuan and Dujiangyan cities of China. During the visit, Thapa will visit historic places and various military structures.

In Beijing, Thapa will hold meetings with top defense officials, according to a press statement issued by Nepal Army Headquarters.

"The Nepal Army believes that this type of high-level exchange of visit contributes to further deepen age-old cordial ties between the armies of the two countries," the statement added.

Wrapping up the visit, the Thapa-led delegation will return home on June 22.

NCP should not form new govt under NC’s leadership: Lalbabu Pandit
21 hours ago
NC decides not to give its words as NCP factions solicit support to form govt
14 hours ago
NCP (Dahal-Nepal faction) leaders hold meeting with JSP leaders to explore possibility of power-sharing deal
23 hours ago

Over 1,600 Nepali migrant workers died in a decade in Qatar
18 hours ago

National Payment Gateway delayed by over a year; some see collusion
3 minutes ago

Australia lifts ban on Boeing 737 MAX, a first in Asia-Pacific region
2 hours ago