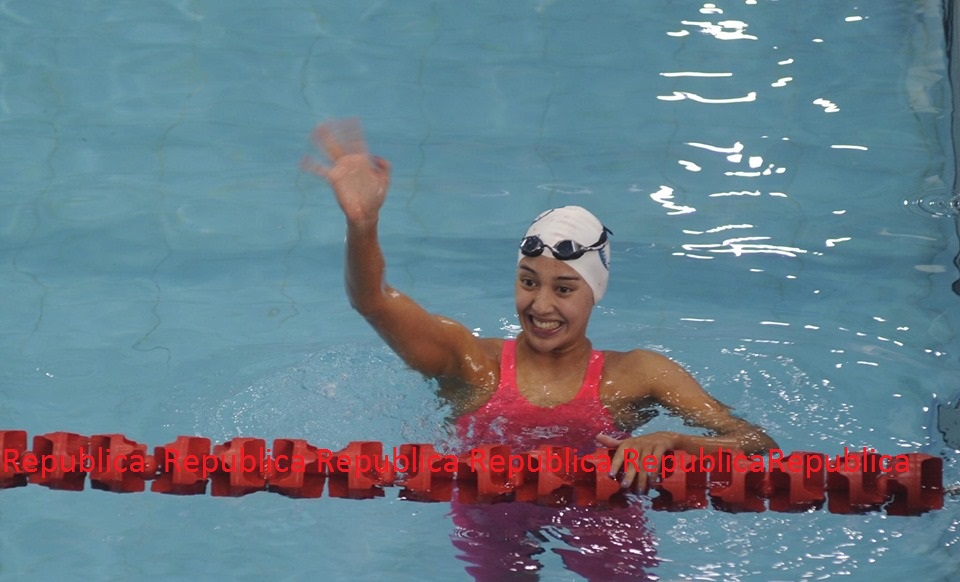 KATHMANDU, Dec 7: Gaurika Singh failed to make it three golds in three days after she was pushed to the silver medal by India’s Manna Rajiv Patel in the swimming competition of the ongoing 13th South Asian Games (SAG) in Lalitpur on Saturday.

In the women’s 100 meters backstroke event at the Satdobato Swimming Complex, Singh finished her distance with a timing of 1:03.15 minute as she claimed the silver. With the timing, she also improved her own previous national record of 1:07.22 minutes.

It was an Indian dominated day as all the six categories were won by the heavyweight nation.
No other swimmer was able to win any medal, but Alex Gadegaard Shah, Duana Lama and Sayed Hamza Shah were successful to win the national records.
In women’s 50 meters breaststroke, Nepal’s Duana Lama again failed to shine as she finished fourth with the timing of 35.46. She, however, managed to improve her own previous national record of 35.82.

In men’s 100 meters backstroke, Nepal’s Alex was abysmal yet again finishing sixth in the eight-man race. He clocked 1:02.10 minute, but was able to set a new national record breaking Nathan Dorje Sherpa’s 1:04.06.

In the category, India’s Srihari Nataraj won the gold timing 53.63, while Sri Lanka duo Halpewaththaga Peiris and Sembukttiaracchige S De Silva won the silver and the bronze timing 54.14 and 56.11 respectively.

In men’s 50 meters breaststroke, Hamza finished sixth as well, but broke a national record. He timed 31.60 to break Shuvam Shrestha’s record of 31.60.

RIO DE JANEIRO, Aug 8: The youngest competitor at the Rio Olympics ripped her swimsuit minutes before her race on... Read More...

KATHMANDU, Aug 7: Swimmer Gaurika Singh of Nepal is competing in the qualifying round of the 100 meters backstroke in... Read More...