Gaurika to join team in Rio 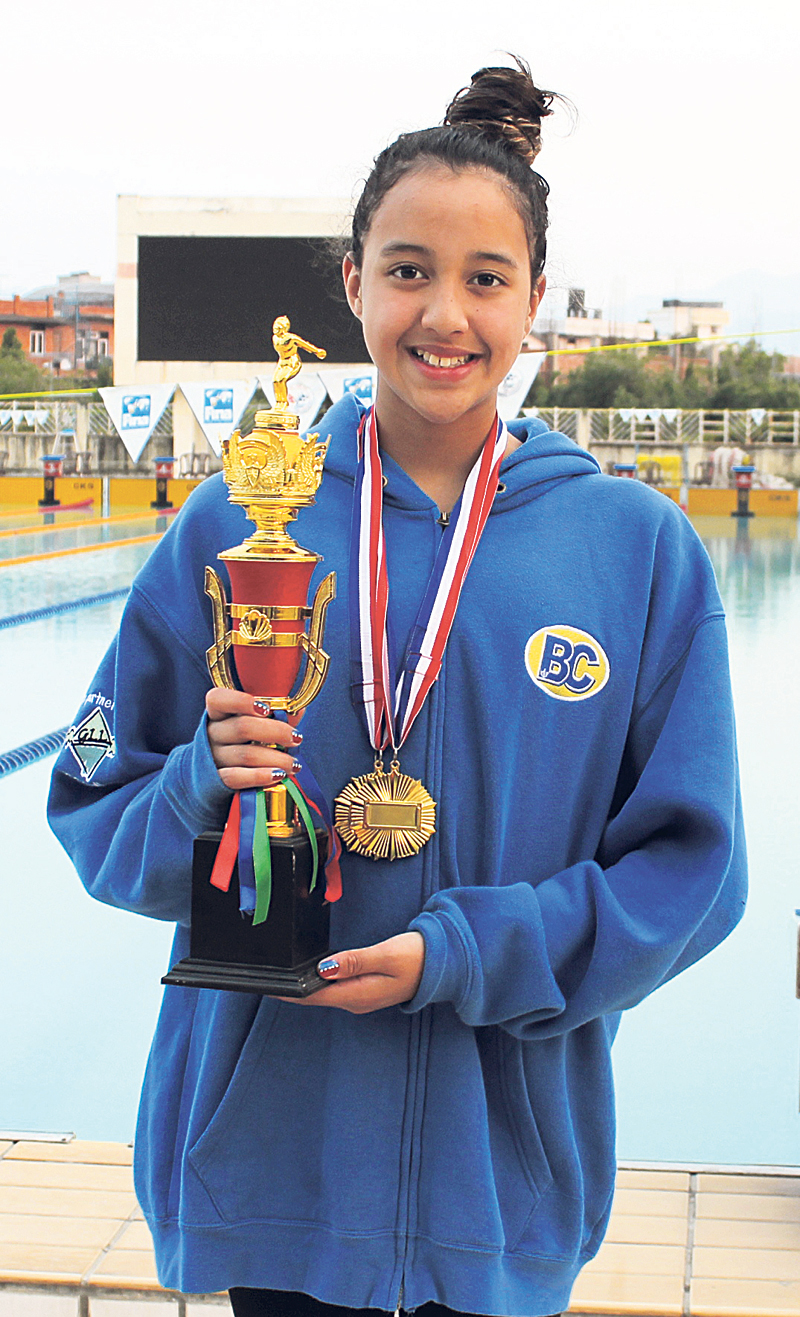 Gaurika, who has been living with her parents in London, United Kingdom, is likely to be the youngest player of Rio Olympic among 10,000 plus athletes.

According to a Facebook post of Nilendra Raj Shrestha, the convener of Nepal’s Olympics Preparation Committee, he received an email from Ian Chadband, the sports writer of Olympic News Service which states that she could be the youngest athletes among all participants of the Rio Olympics.

“I’m very keen, if possible, to talk to your young swimmer Gaurika Singh, because we believe that she could be the youngest competitor to take part in the Rio Games,” Shrestha quoted Chadband in his Facebook post.

Gaurika has been training at Copthall Swimming Club under coaches Rhys Gormley and Christine Green. She became the first Nepali player to win individual medal in the SAG swimming in February winning four medals. She claimed silver in 200 m individual medley and bronze medals in 200 m and 100 m backstroke and 400 m freestyle.

She has competed in FINA World Championship in Kazan, Russia and FINA Swimming World Cup in Dubai last year. Gaurika holds 10 national records under her belt including seven individual.

Coach Ishwar Karki is very much optimistic about Gaurika’s performance and expects high performance from her. “She is very young and her timing is very good. I think she could achieve place for next Olympics qualifying time, which none of the Nepali athletes have done so far,” Karki said.

KATHMANDU, Aug 7: Swimmer Gaurika Singh of Nepal is competing in the qualifying round of the 100 meters backstroke in... Read More...

KATHMANDU, July 13: Swimmers Sirish Gurung and Gaurika Singh have secured places for Rio Olympics 2016 to be held from... Read More...