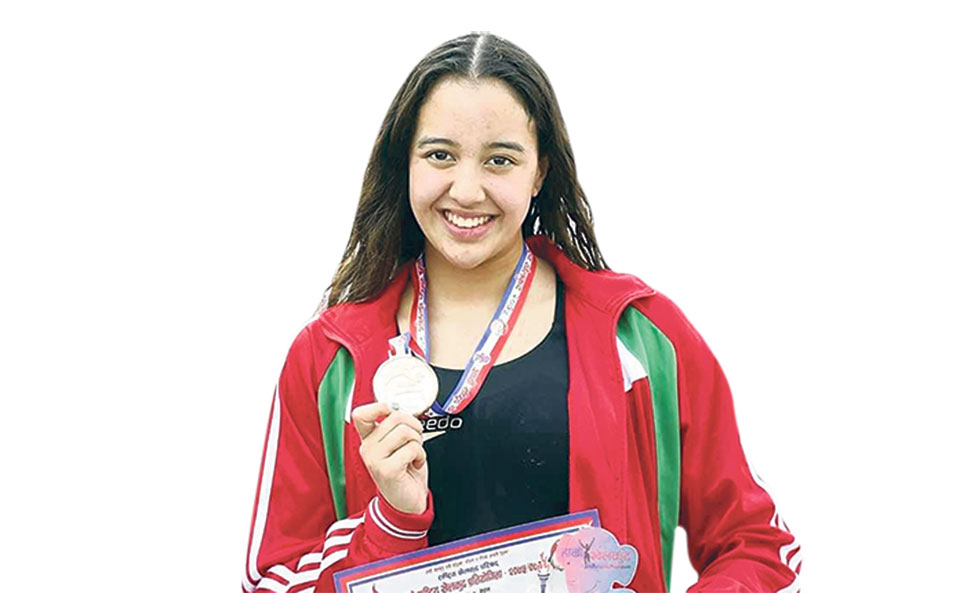 NEPALGUNJ, April 24: Gaurika Singh of Tribhuvan Army Club set another national record and bagged three gold medals as she took her gold tally to eight in swimming in the Eighth National Games in Nepalgunj on Tuesday.

Singh also won gold in 200-meter backstroke. She timed 2.41.25 while Anushka Pokharel of Nepal Police completed the distance in 3.00.63 to win silver, followed by Diya Sthapit of APF timing 3.06.47.

KATHMANDU, June 22: Hard work, dedication and perseverance are the three fundamentals that define Gaurika Singh, at 13 years and... Read More...