Gandaki Province counts on the recently-built international airport in Pokhara, under-construction roads connecting it to the country's both southern and northern neighbors, hydroelectricity projects in different parts of the province, and its immense tourism potential to embark on the journey to prosperity.

The then Prime Minister KP Sharma Oli laid the foundation stone of the Pokhara Regional International Airport amid a grand ceremony on April 13, 2016. A Chinese company, China CAMC Engineering, which took over the construction of the airport with the target to complete it by July 10, 2021, started the work a year and a half later. In the meantime, COVID-19 spread. However, the Chinese company continued to accelerate construction.

Despite the difficulties posed by the pandemic, around 93 percent of the airport's construction work has been completed so far. The deadline was extended by a year after all work could not be completed within the stipulated time due to the COVID-19 pandemic. With the extension of the deadline, the construction work was scheduled to be completed by July 10, 2022. However, the company has already handed over the airport to Nepal, saying that the important infrastructures have already been put in place. This has brought happiness to tourism entrepreneurs and others alike in Gandaki Province.

With the opening of the regional international airport in Pokhara, direct flights to the northern neighbor China and the southern neighbor India are likely to start, attracting a huge number of visitors, and the pandemic-hit tourism is expected to pick up speedy recovery. Entrepreneurs are confident that tourism recovery will pick up speed if the airport is brought into operation after completing the remaining ‘internal works’ as soon as possible. The airport has given hope to the entrepreneurs to change the overall tourism sector for good.

Operator of Mount Kailash Resort, Naresh Bhattarai says, "The airport will be operational soon. The airport is a very important infrastructure for the tourism sector of the entire Gandaki region. This has made the entrepreneurs enthusiastic and optimistic,” he says, adding that tourism will benefit if Pokhara can be directly connected to the international market.

Tourism entrepreneurs are very hopeful that tourists will enter via the airport when it comes into operation and that it will bring relief to the tourism sector affected by COVID-19. Leading tourism entrepreneur Ganesh Bahadur Bhattarai believes that the airport is a very important infrastructure for them. "We are hopeful that the airport will play a role in leapfrogging tourism,” he says. "It will connect tourism and will also contribute to deepening the inter-city relationship. It also helps to grow business besides tourism. It plays a role not only in attracting tourists but also in business,” he says.

Former Chairman of Pokhara Tourism Council, Som Thapa says that it will be easier to welcome high-end international tourists to Pokhara once the newly-built regional international airport comes into operation. According to him, Indian business industrialists still come to Pokhara for various activities. Apart from that, Indian corporate houses have been holding programs in Pokhara. Thapa is confident that a lot of Indian business persons will visit Pokhara once it is connected with flights to India and that will benefit tourism as a whole. 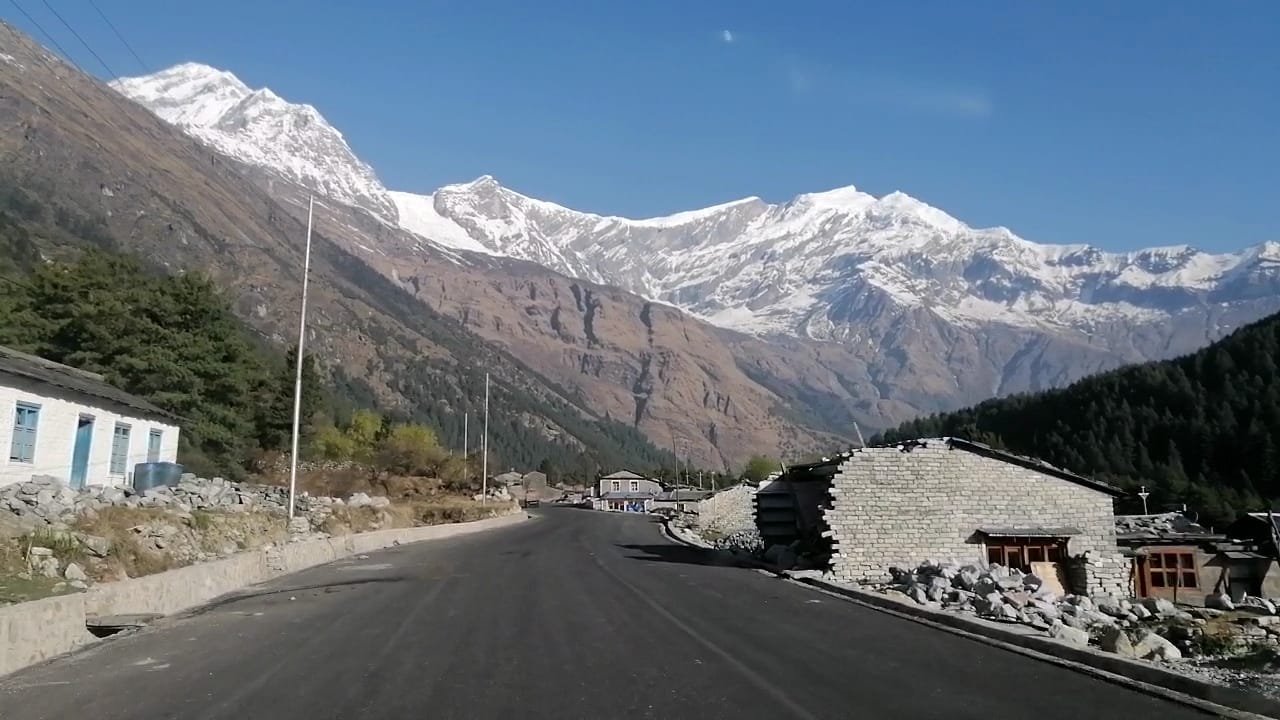 The recent trend of making large investments in tourism products in Pokhara and the surrounding areas has continued. Most of these products of adventure tourism activities are attracting a lot of domestic tourists. These products have been successful in attracting domestic tourists even when foreigners from third countries have not been able to enter the country due to the risk of  coronavirus infection.

A large-scale investment cable car service came into operation in Pokhara recently. The service, which has been in operation since last month, is a new product for Pokhara's tourism sector. Apart from that, infrastructures including zip flier, bungee and swing are also being added here.

Entrepreneurs have invested millions of rupees in these infrastructures, which have been hit hard by the COVID-19 pandemic and have been successful in attracting visitors even after a delay in their operations. They have a bright future in the days to come. Thapa is of the view that benefits can be earned from domestic tourism in the absence of foreign tourists.

Taking its cue from Pokhara, Parbat district, too, is taking huge strides in adventure tourism infrastructure. A Sky Bridge over the Kaligandaki River has been completed in Parbat. Not only was the Sky Bridge over the river ready, but also infrastructures such as bungee, swing, and sky cycling were added to the bridge-related attractions. Similarly, another Zip line has also been built in Parbat.

Although the infrastructure above the Kaligandaki was started five years ago, its goal was to attract tourists in the Visit Nepal Year 2020, but despite the slow operation due to the COVID-19, the infrastructures have now succeeded in attracting visitors. Kaski's neighboring district Parbat has succeeded in changing its identity by launching adventure tourism activities.

Apart from tourism, hydropower is also helping Gandaki Province earn its own identity. At present, many hydropower projects are under construction in different districts of the province. Upper Madi 44 MW is currently under-construction in Kaski. Similarly, the 25 MW Seti project is also being constructed. Only some time ago, the 12 MW Himalayan Hydropower started production.

Power projects are being constructed not only in Kaski but also in the surrounding districts. The 20MW Lower Modi in Parbat is under-construction. Similarly, the 15MW Middle Modi project is also under-construction. Upper and Super Modi are working together to generate 60 MW of electricity.

Myagdi district has taken up the same pace in hydropower development. The 25MW Myagdi Khola Project is under construction in Myagdi. The 45 MW Rahughat project is also an under-construction project. Work on the 5 MW Ghalemdi is also in full swing. Similarly, the 42 MW Mistri Khola project is also in the final stage. The projects like Myagdi Khola, Upper Kaligandaki, Rahughat Mangale, Rahughat Upper and Rupsekhola are in the pipeline.

The oldest power project in Tanahun is the Marsyangdi Hydropower Project (69 MW). Apart from that, Tanahun Hydro (140 MW) with a reservoir is being constructed on the Seti River in Tanahun. Permission has been obtained for the construction of the second section (105 MW) of Tanahun Hydro. The second project is not reservoir-based.

There are many hydropower projects in Lamjung as well. So far, 70 MW of electricity has been generated from Madhya Marsyangdi Hydropower Project, 50 MW from Upper Marsyangdi, 5 MW from Siuri, 4.4 MW from Raghi, 4 MW from Khudi, 2 MW from Chyangdi and 136.4 MW from Syange. A 3 MW Midim Khola has already been constructed.

Preparations are underway to make this district, which is on the list of districts with good potential in hydropower generation, a 'hydromodel' area.

Similarly, Uttarganga (800 MW) in Dhorpatan area of Baglung is a big project. It has not completed the process except for some paperwork. The largest project in the province is Budhigandaki in Gorkha. Compensation for the land affected by the project is being distributed in Gorkha to build a project with a capacity of 1,200 MW.

"Now we have to make a leap forward economically through energy. Because it is not possible to make a living by buying fuel worth millions of rupees every day,” shares Yadunath Adhikari, the promoter of Himalayan Hydropower. “Buying fuel will not get us anywhere. That will not move the economy forward. Now it is important to focus on electrification.”

According to the Gandaki Provincial Policy and Planning Commission, 569 MW of electricity is currently being generated in the province. As many as 69 projects are currently under-construction. When these projects are completed, 3,000 MW of electricity will be added to the national grid. Commission officials say that the completion of big projects like Budhiganga, Uttarganga and Tanahun Hydro will be a great success for the province. Similarly, electricity generation from solar and wind can also be increased in Mustang.

Gandaki considers the Korala-Triveni road as a 'lifeline'. This project of national pride connects the mountains and hills with the Terai region in a short distance. It connects Korala in Mustang to Triveni in Nawalpur. It is also the only gateway connecting Gandaki Province with the Indian border. Of the Korala-Triveni section, Korala-Pokhara road is in operation now.

After the construction of this road, the road distance from Bhimad of Tanahun to Triveni of Nawalpur will be 94 kilometers. Of which, a 19 km track of Dumkibas-Triveni section is yet to be opened. Currently, one has to travel through Mugling, Narayanghat to reach Triveni from Pokhara. It is a long route.

The territory east of Daunne of Nawalparasi was in Gandaki Province whene the country was moving toward a federal setup. While dividing Nawalparasi into two districts, Nawalpur was included in Gandaki Province. The Korala-Triveni road has been given priority to connect Nawalpur to the provincial capital Pokhara by a shorter, direct highway.

Out of the 19 km of Triveni-Dumkibas segment, an 8 km section is part of Chitwan National Park because of which the construction of the road has not taken place until now. As Chitwan National Park is listed in the World Heritage List of UNESCO, approval is required for development works. Residents of wards 6 and 7 of Binayi Triveni have to go through Bardaghat of Lumbini Province to reach the municipal office due to lack of road access.

The construction of the Kaligandaki Corridor, a project of national pride, has also gained momentum. In the areas where the track is open, works like paving, raising retaining walls and construction of culverts have been taking place. This short distance road project connecting Gaindakot of Nawalpur to Pipaldanda of Palpa, Ridi of Gulmi, Maldhunga of Baglung, Beni-Jomsom and Korala (Upper Mustang) is considered important in trilateral trade and transit. The 435 km long road is expected to connect the province with Nepal’s northern and southern neighbors.

With the opening of the corridor track, the area will be able to reduce the migration of 1.03 million people, grow vegetables and fruits on 133,000 hectares of land, produce 400,000 metric tons of food annually and develop the historic site as a tourist destination, according to the data of the project.

The locals believe that the development works including quality education, communication, electricity and drinking water will be completed after the construction of the road. The government has included the corridor under-construction along the Kaligandaki as a lifeline of economic prosperity and included it in the projects of national pride.

Analyst Dinesh Prasain, who is also a tourism entrepreneur, says that hydropower, tourism, road access and agriculture are the main means of economic upliftment of Gandaki Province. "Everyone is interested in hydropower and tourism. However, we have not been able to make a leap in agriculture,” says Prasain. “It would be great if tourism and agriculture could be linked. But, it has not happened here.”

Vice Chairperson of Gandaki Provincial Policy and Planning Commission, Dr Raghuraj Kafle explains the province can make a leap forward economically in terms of tourism, electricity and highways. The expansion of the Kaligandaki Corridor, Korala-Triveni, Mid-Hill Highway, Prithvi and Siddhartha highways, which are being expanded now, will play a huge role in boosting the economy of the province. Apart from that, there is ample potential in agriculture and herbs but no progress has been made, he further adds.

Kafle says increasing the access to the existing airport and highways will benefit tourism. “An international airport has been built in Bhairahawa. As soon as Muktinath and Lumbini are connected, it will benefit tourism. We can benefit immensely if tourists entering Lumbini are taken to Muktinath,”  he says. "There are plenty of opportunities in tourism and hydropower. The economy of the province can be boosted if productivity is increased using the highways.”

KATHMANDU, Dec 4: Jeffrey D Sachs, a world-renowned professor of economics, has said that hydropower is one sector that can help... Read More...