Gandaki cricketers paying their own expense for MM Cup 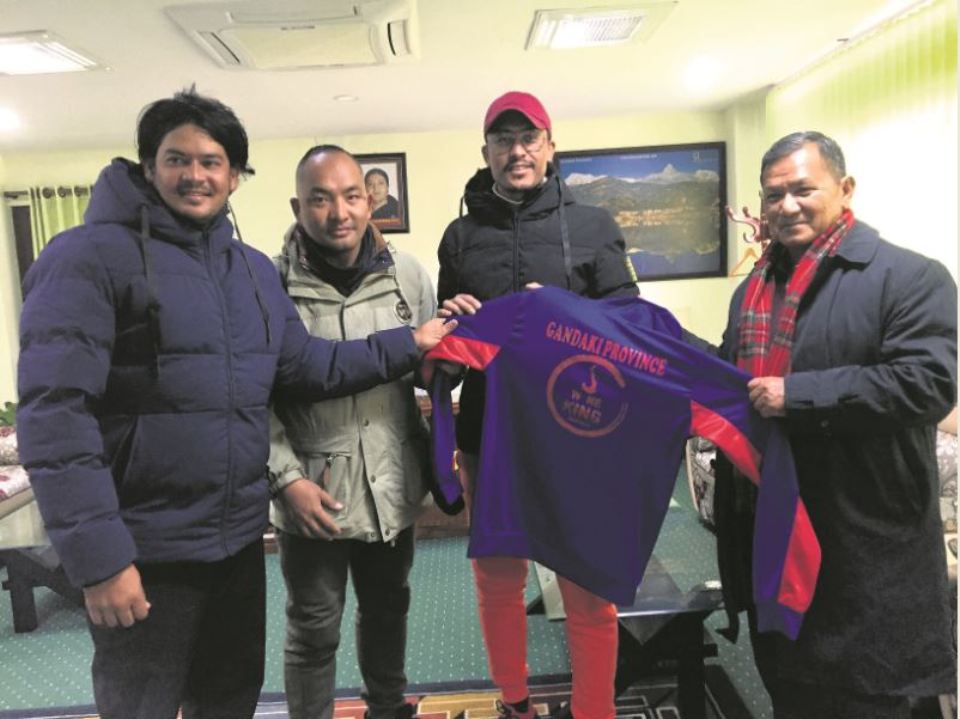 POKHARA, Jan 11: The Gandaki Province cricket team departed from Pokhara to participate in the Manmohan Memorial One Day Cricket Tournament in Inaruwa, Sunsari on Friday. The team is set to play its first match on Tuesday against the Malaysia XI cricket team.

The Malaysian cricket team arrived in Kathmandu on Friday and traveled to Sunsari on the same day. The Malaysia XI cricket team is in Nepal to prepare for the three one-day matches against the Nepal national cricket team in Pokhara organized by Cricket Association of Nepal (CAN).

The captain of Gandaki, Govinda Pradhan, stated that the playing tracks they will be wearing have been provided by the sponsor whereas the Board failed to arrange travel allowances for the players. "We (players) have been paying our own travel and other expenses to participate in various events. The players spend their own money to participate in cricket competitions in different districts.”

The Chief Minister of Gandaki Province Prithvi Subba Gurung extended his best wishes to the players as he handed over the tracks to the team on Friday.