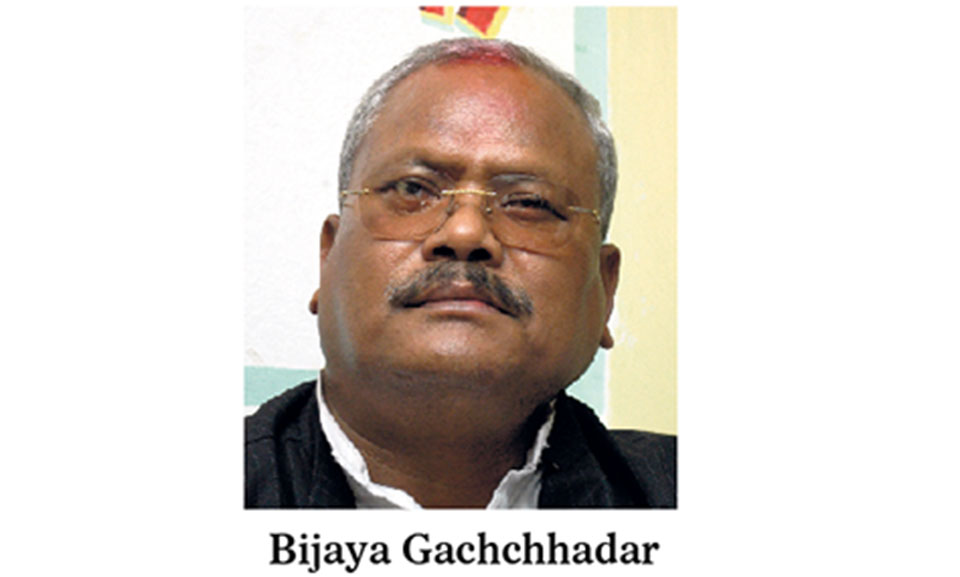 KATHMANDU, Feb 6: Deputy Parliamentary Party (PP) leader of the main opposition Nepali Congress (NC), Bijaya Kumar Gachchhadar has been suspended from his position as lawmaker after the CIAA filed a corruption case against him in connection with Lalita Niwas land scam.

Gachchhadar is one of the 175 individuals including politicians, former bureaucrats and land mafia and businesspersons involved in the scam. According to CIAA spokesperson, Gachchhadar is automatically suspended from his position after they filed a corruption case against him.

Many within the NC see the latest development as political end of NC Vice President Gachchhadar, who decided to merge his Madhesi People’s Rights Forum-Democratic with NC a few years ago. He was initially with the NC, but had decided to join the MRPF led by Upendra Yadav.

The main opposition NC, however, has questioned the intention of the CIAA when it filed case against Gachchhadar, while leaving former prime ministers Madhav Kumar Nepal and Babu Ram Bhattarai untouched.

“The policy decision was made during the premiership of Madhav Kumar Nepal. One comrade still has land registration certificate under his pillow. Who have they filed the case against? Against Bijaya Gachchhadar! George Orewell in Animal Farm says: All animals are equal, but some are more equal than others,” wrote NC Spokesman Bishwa Prakash Sharma in his Twitter.

Republica ran series of stories on the much-talked-about Lalita Niwas Land Scam based on its investigation last year, which are listed below:

HURPES concerned over letting off powerful ones in Lalita land scam

KATHMANDU, Feb 7: The Human Rights and Peace Society (HURPES) has expressed severe concern over letting off those in the... Read More...